Alappuzha (or Alleppey) is a city on the shore of the Laccadive Sea in the state of Kerala. The name of the city falls from the 19th-century Alappuzha Lighthouse which acted as modern GPS for the ships arriving at its shore. It is a beautiful city with many temples, beaches and parks that making it a thriving tourist spot.

Munnar is a city on a hill in the state of Kerala which previously acted as the summer hill resort for the British Raj elite. However, with its numerous waterfalls, peaks and other natural sites it has gained popularity among tourists.

Alleppey and Munnar are like the two different poles yet they are so close to each other a perfect weekend getaway trip at Kerala means a visit to both the places to enjoy both the beauties of nature. 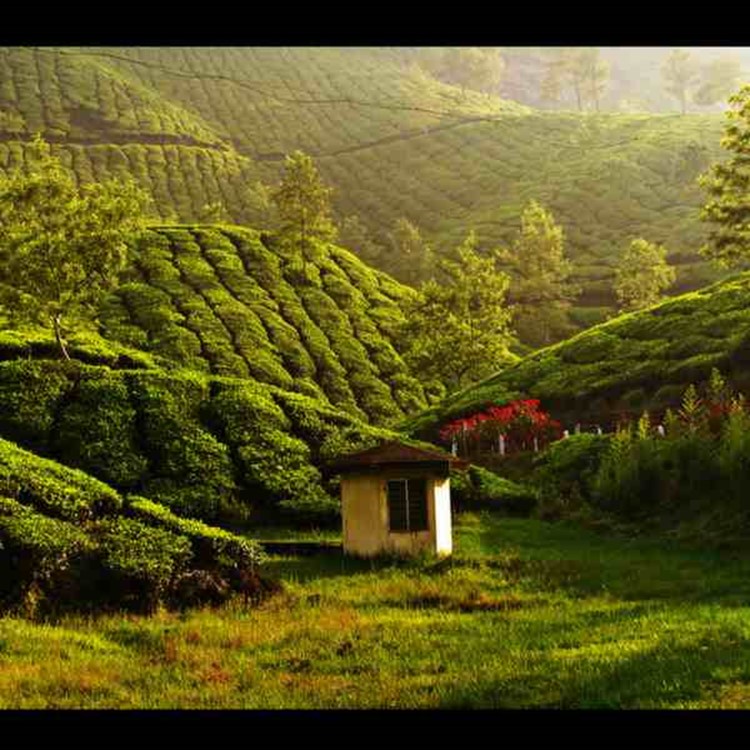 By Air – The Cochin International Airport is the nearest airport from Alleppey which is located at a distance of 75 kilometers and 110 kilometers from Munnar. The airport has regular connecting flights from all over the country as well as abroad making it an easy in and easy go for tourists. Tourists can hire a cab from the airport to reach their desired destination.

By Train – The Alleppey Railway Station is the nearest railway station to Alleppey which as regular trains that connected the city to its various parts as well as it has trains to Cochin and Trivandrum. The closes railway station to Munnar is at Aluva, which is located at a distance of 110 kilometers and connects the hill station with rest of the state.

By Road – Both Alleppey and Munnar has many bus services which include both government and private bus services which connects the other cities of Kerala to them as well as Tamil Nadu making it really an hassle free journey for all tourists. 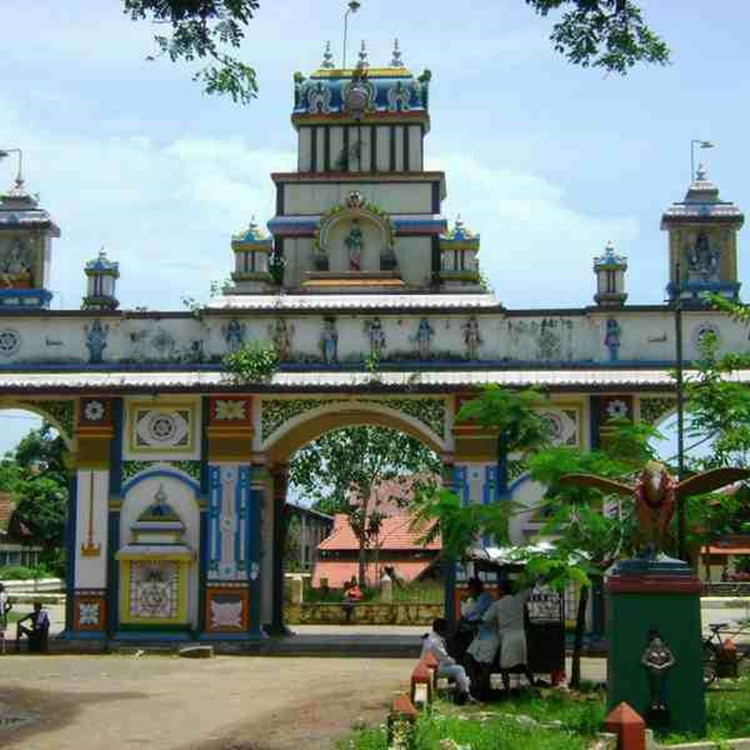 It is an ancient Hindu temple which is dedicated to lord Krishna. The temple complex houses ancient wall paintings which are well preserved. The temple complex is huge which is to accommodate the many elephants that the temple has. Since it is one of the main tourist spot and Best Alleppey and Munnar packages have to contain a visit to this place, it is recommended to get the tickets prior to the visit to avoid the long queue that it usually has.

It is a stone church built in 1910 which has colonial style architecture. The doors and windows are speculated to have been gifted by Belgium during its establishment. 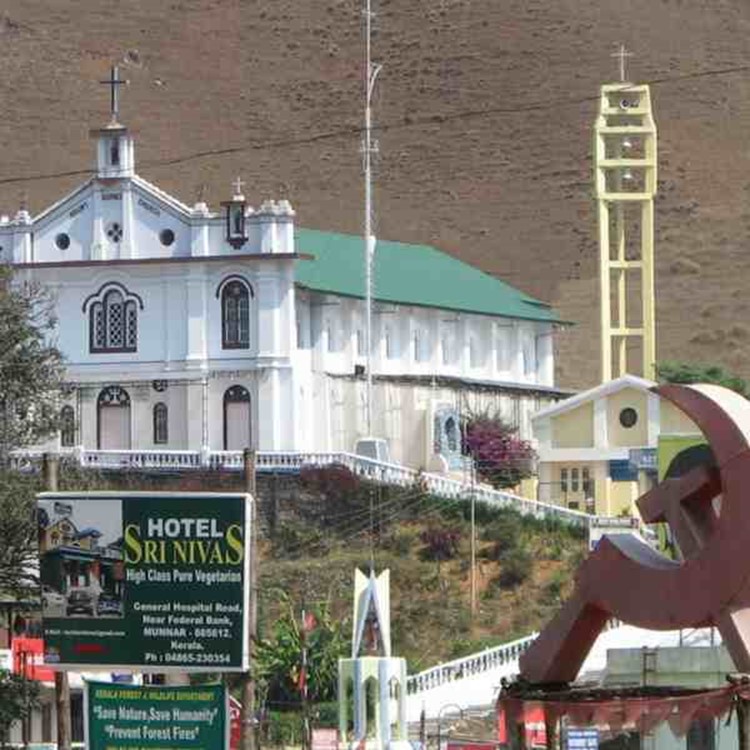 Built in 1898 this church is certainly one of the oldest churches in the region. Located on a hill top it oversees the whole of the city, kind of like a guardian angel. The church is not very crowded and is postponed in a calm and quiet location which makes it all the more appealing to the people who want to have some lone and peaceful time.

This is temple is dedicated to Lord Sree Bhadrakali and is one of the most popular and most important religious temple in the whole of Kerala. According to the city tour guide the temple is said to be a staggering 1200 years old and the architecture of the temple is as grand as it can be. This makes it more popular among tourist and thus is a busy location. The Mullakkal temple at Alleppey is very popular among tourists and is visited my tons of tourist from around the country. Though the temple is dedicated to one main deity the temple complex also houses many other God’s like Hanuman, Ganapathi, Subramanya, Nagaraja, Navagraha, Sree Krishna and Ayyappa. The temple complex is huge with nice wall decorations and a clean surrounding. Every year during Christmas and New Years the street in front becomes a lively market place with many souvenir shops and food joints. Best Alleppey and Munnar trips have to have a visit to this temple.

This is a Hindu temple which is dedicated to goddess Bhagawathi. This is one of the most popular temples in the region which makes the temple crowded all throughout the year. 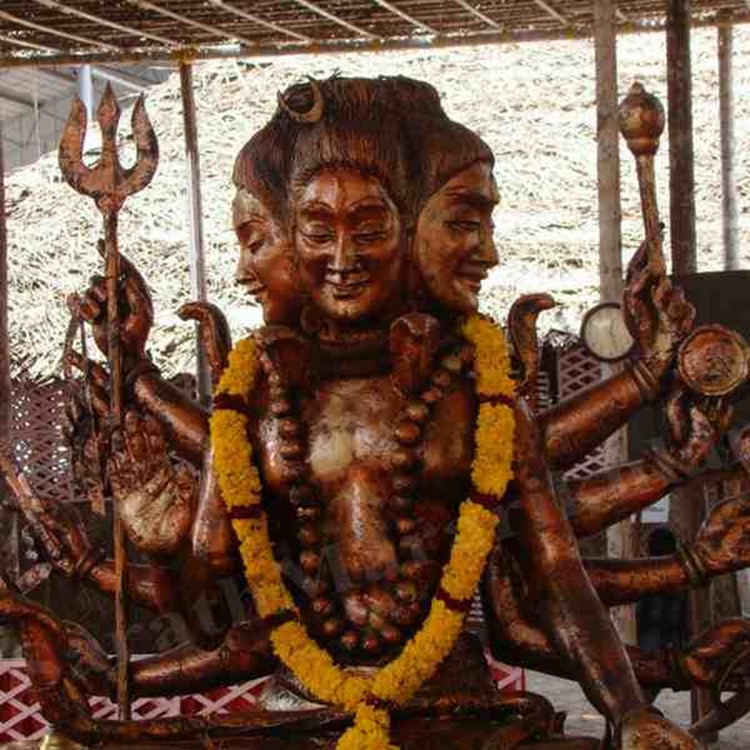 The temple is a majestic Shiva temple which is built in the Travancore style architecture. The popular belief of this place is to light the lamp if you are praying for something particular, it is done so your prayer is heard. It is a huge temple compound, so a thing to do here would be a simple stroll around the temple complex to imbibe in the spiritual atmosphere.

It is a great church which is very popular among the locals as well as tourists. Built in a peculiar structure this church is surely different from all the other churches in the state of Kerala. According to the city tour guide the architecture and the jolly fair that it holds every year make it popular as a tourist destination. 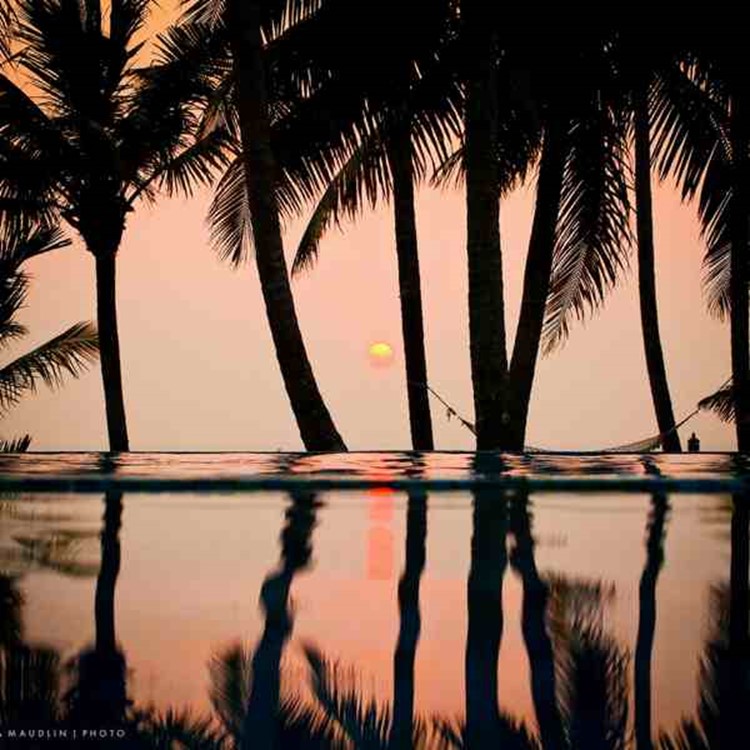 Source – flickr.com/photos/juliamaudlin/
Kerala is known for its beautiful backwaters, Vembanad is the second largest lagoon in India which makes this place all the more popular among tourists. Hiring a shikhara and a going for a long boat ride in the back waters of Kerala is the best thing to do, the surrounding greenery, the clean waters and the blue sky, it is the perfect touch of romanticizing a trip. However, it is recommended to avoid the afternoon hours as it might be a little hot during that time, but early morning or later afternoon rides can do wonders. 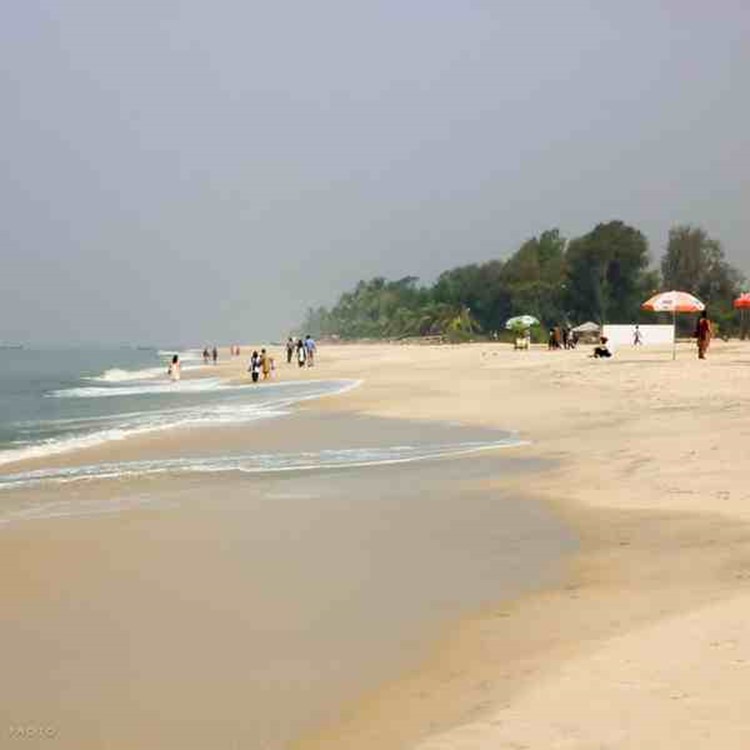 Source – flickr.com/photos/juliamaudlin/
The beach itself is more than 200 years old and is certainly the identity of Alleppey. Best Alleppey and Munnar packages need to have the beach marked in their highest priority list. The beach has golden sand and stretches for a vast infinity, the clear water, the costal coconut trees, and the little beach shacks only add up to make it the best Alleppey and Munnar Trip while you visit this beach to relax. However, The Sea can sometimes be dangerous here so swimming to deep into the sea is prohibited here. 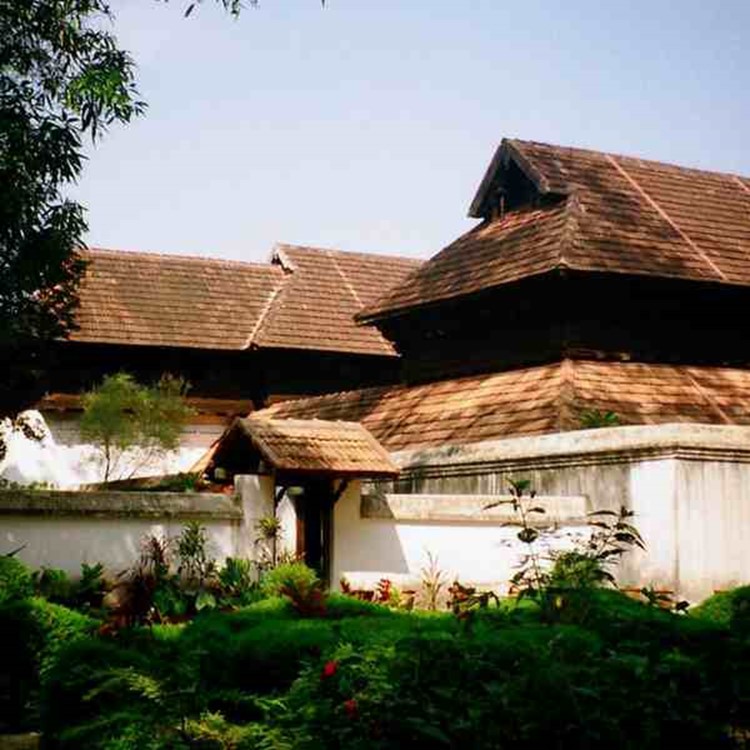 Source – flickr.com/photos/fabindia/
The Palace was built in the 18th century by Anizham Thirunal Marthanda Varma in the regional Kerala architecture which gives this palace a touch of heritage and history. This is a beautiful summer palace with swimming pool and biggest wall paintings in all of Kerala that depict the various moods and stages of the kings and the royals. Source – flickr.com/photos/avinashks/
Alleppey being a coastal city had lighthouses that were the ray of light for the ships to navigate to the coast in the old times. However, this lighthouse was built in the year 1862 as a tourist attraction from where tourists could see the whole of the city and the Arabian Sea at a distance. The Thalassery light was the first of its kind in Kerala which was built in the year 1835, when the Kerala port was a booming trade spot. 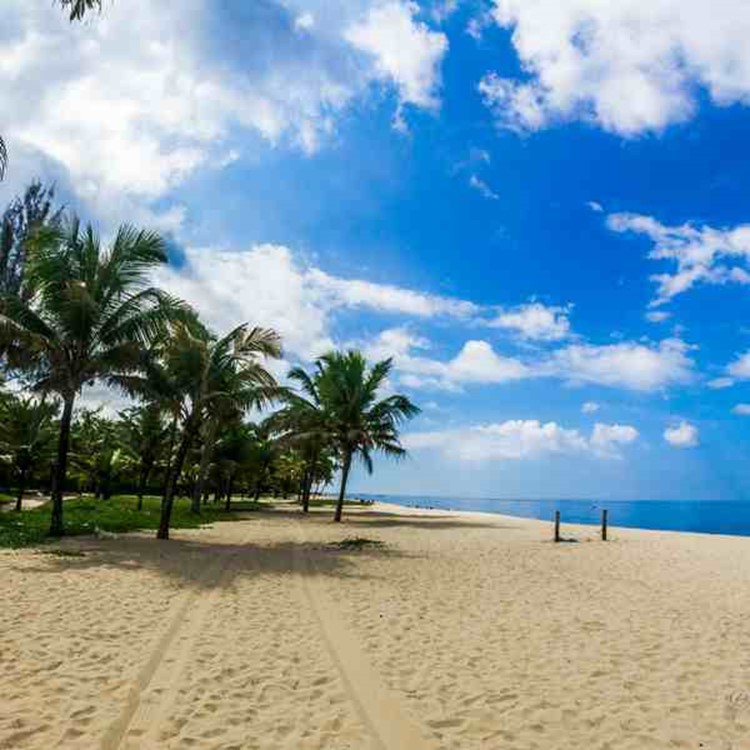 This beach is one of the best beaches in Kerala as it is not very crowded since it is located 11 km from the city of Alleppey. Clear blue waves, golden sand, coastal trees and blue sky, it is a perfectly cinematic setting for a perfectly cinematic outing. Best Alleppey and Munnar trips have to have a visit to this beach for its sheer beauty. Source – flickr.com/photos/kichus/
It is a beautiful yet peculiar sight. This region has the lowest altitude in India, where farming is done at a level below the sea level which is quite intriguing. However, this location is not famous for its geographical peculiarity but for its houseboats. Tourists can cruise in houseboats for the rest of their day and spend a relaxing tour of the whole palace with Kerala cuisine and drink on the boat. Best Alleppey and Munnar packages surely have this place in their list of places to visit. It surely is one of the most majestic and great waterfall one can witness. The waterfall is in full form during winters when the waters just gush out in high speed make it a splendid view. The lush greenery around and the huge rocks make it a place in the natures lap and also a great location for photography. However, bath at the small pond of water that is formed by the waterfall is prohibited as it has the most dangerous swirls one can imagine. Source – flickr.com/photos/picshub/
Munnar is essentially a hill station so to witness the amazing sky line where the hills touch the sky and the sun’s rays kiss the peaks, tourists have to make a visit to this viewpoint to have such breathtaking views. The clouds drift but and the valley landscape and the tea plantation below make it a splendid scenery. Tourist must visit this location while on their weekend getaway trip to enjoy some of the most spectacular scenery. 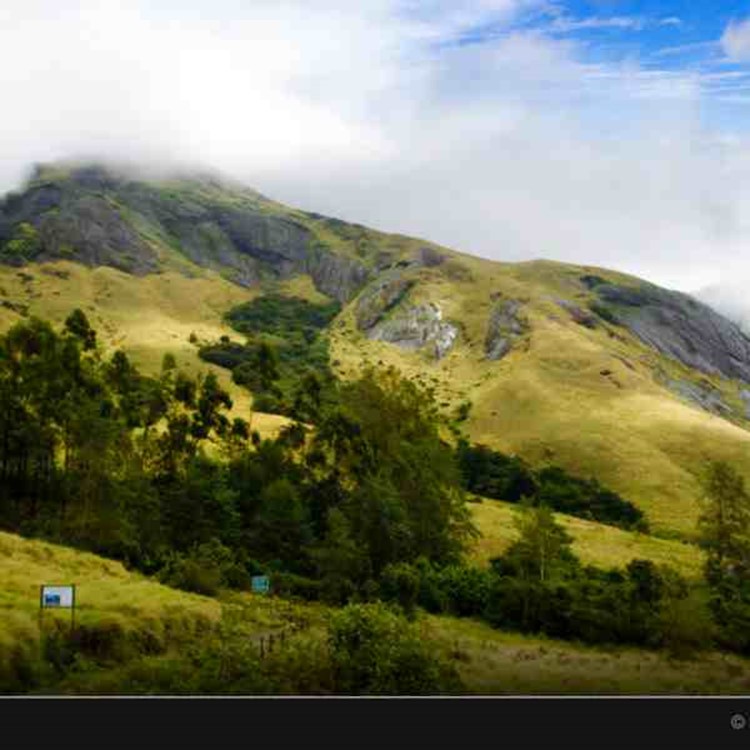 Source – flickr.com/photos/kcbimal/
Located in the Western Ghats in Kerala it is the first National Park of Kerala. The total area of this park is 97 km square. The park very well protects wild life species of the region as well has display information of many wild animals which are associated to Kerala. The fresh air and the cool weather and the various wild animals make it a great spot, especially for kids. Thus a trip to this park is both recreational as well as educational, thus it is a great spot to visit during your weekend getaway trip. This dam near Munnar is a Concrete Gravity dam which was opening in the year 1953 as a hydroelectric project in the area. To this day the magnanimity of the dam intrigues all tourists which are what makes it so popular. According to the city tour guide this place is undoubtedly one of the most beautiful tourist destinations in the whole of Kerala. It is an open park which displays the cultivation of all kinds of roses of varied colors. The park is beautifully maintained, thus a visit during the time when the flowers are in their full form will only astonish you with their sheer beauty. Vast stretches of red, yellow, violet and pink and other colors go on for tourist to treat their eyes and soul with one of the most spectacular view, one might only wonder how beautiful nature can be at its best. The best thing to do here is a stroll around the park to make it the best Alleppey and Munnar trip. According to the city tour guide, what Darjelling is to the North, Kerala is to the south of India in terms of tea production. Munnar has vast stretches of tea plantations and factories where the harvesting and manufacturing of tea takes place. Tourists often visit various tea plantations and factories to understand the real flavors of tea and also pack some of the best tea as souvenirs for their family and friends. A weekend getaway trips is surely incomplete without a visit to the tea gardens in Munnar.