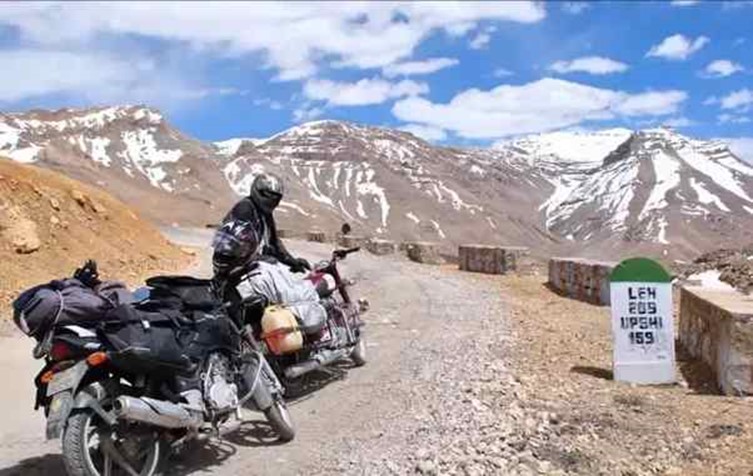 This is a road trip that has changed many people’s lives. Passing through two 5000 m and two 4900 m high passes with jaw-dropping views, the Manali-Leh road was built as an alternate to the Srinagar-Leh road. It remains the mecca for bikers and an adventurer’s delight.

Here is an awesome journey for Manali to Leh Journey. 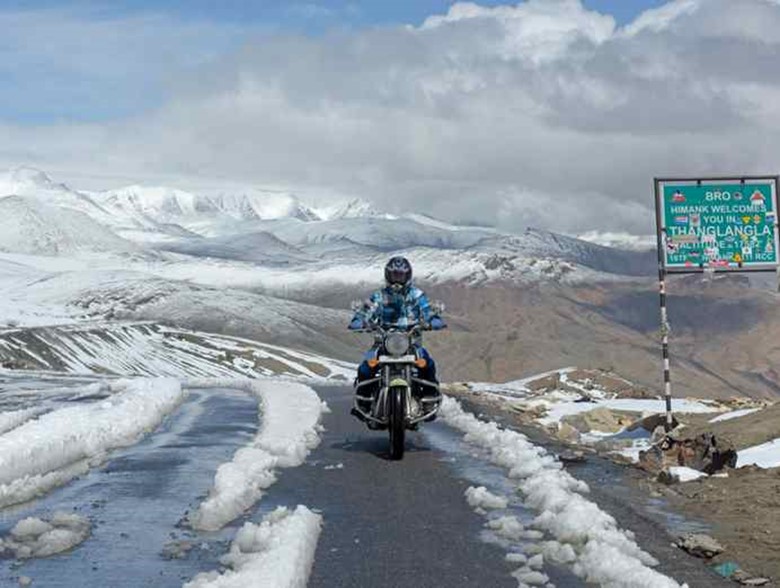 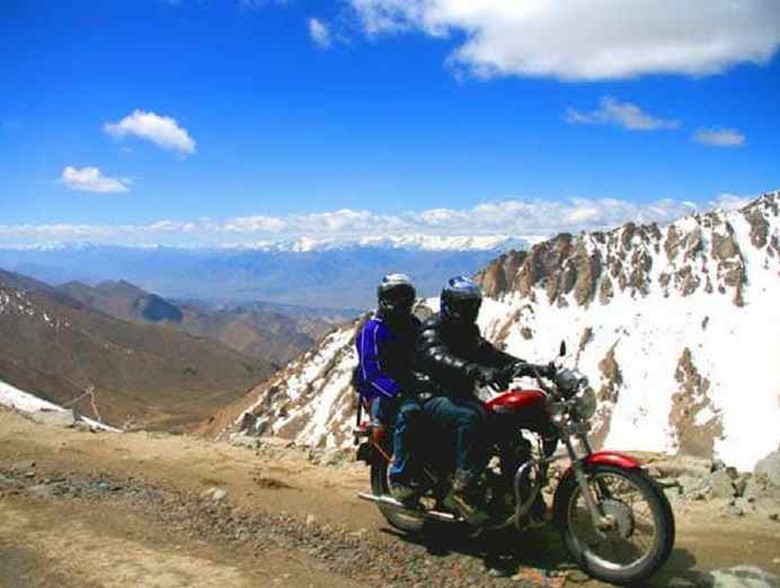 The 474 km long highway begins from Manali and is normally open from June 01 and officially closes on September 15 every year; in practice it remains motorable till the end of October (‘official’ means that the Indian government won’t airlift you if you get trapped in snow).

From the comfortable devdar forests of Manali at 1900 m, it winds up to the scrabble of dhabas at Marhi with gorgeous views of the valley below. You will pass the huge water crossing called Rani Nallah on your left. The metalled road switch backs to the first of the passes. Although by no means is it a high altitude pass—yet at 3978m Rohtang Pass is a feared point, for its very name translates to ‘a pile of dead bodies’, in reference to the travellers who have perished in an attempt to cross it. Weather can change abruptly at Rohtang Pass and visibility can get poor when the clouds cover the landscape.

Khoksar is a favourite stop of truck drivers for the quality of food at the dhabas is perhaps the best on the entire Manali-Leh highway. Pretty Lahauli towns of Sissu with a famous waterfall and Gondhla with a huge tower are left behind. The road is at a comfortable altitude, as it reaches Tandi that is the confluence point of the Chandra and Bhaga rivers, which begin their journey at Baralacha La. It is also famous as the last place to have a filling station; the next one is roughly 350 km ahead at Karu-Upshi, 50 km before Leh.

The most popular place for a night stop arrives next—Keylong—it is the district headquarter of Lahaul (in Lahaul-Spiti district) and is a big town by Himalayan standards. Government-run buses from Manali break their two day journey to Leh in Keylong. It is also the place where you get a feel of the Buddhist connection to Leh. There are a lot of eateries lined up on the road offering Tibetan fare. At roughly 3300 m, it is a recommended place to unwind and acclimatise before the rigours of next day’s humongous climb on the second highest road in the world.

The road enters Jammu and Kashmir and this stretch is a feast for the eyes with two photogenic valleys featuring Cappadocia-style erosion formations. The ‘highway’ then winds up along the 21 switchbacks known as the Gata Loops to climb up to the spectacular Nakee La (4915 m). It is real wilderness when a signboard claiming ‘Whisky Nallah’ passes by. Just when you think that the road cannot go any higher, Lachung La (5035 m) approaches.

The descent to Pang is quite spectacular, particularly the last 5 km that the road passes through a series of dramatic gorges. Another army camp in utter desolate surroundings approaches, and at 4630 m it is hard to believe that there are parachute cafés! This unbelievable stretch hasn’t finished yet and will takes you to the stunning Morey Plains, a relatively flat piece of land for 40 odd km at (hold your breath) 4800 m nestled among round-topped mountains. Morey Plains is home to the Tibetan Wild Ass (kiang), wild horses, hares and marmots and is an extension of the famed Changthang Plateau, extending all the way to Tibet.

The road tumbles down toward the dramatic Indus valley, tracing the Indus river and arrives in the sizeable villages of Upshi and Karu (around 3600 m) in the midst of poplars and ancient monasteries. We are in sight of Leh as Choglamsar is passed, a delicately coloured entrance gate proclaims ‘Jullay, Welcome to Ladakh’, as we come from the modern outskirts to the haberdashers, wrinkled lamas and canny apricot-sellers of Leh’s main bazaar. 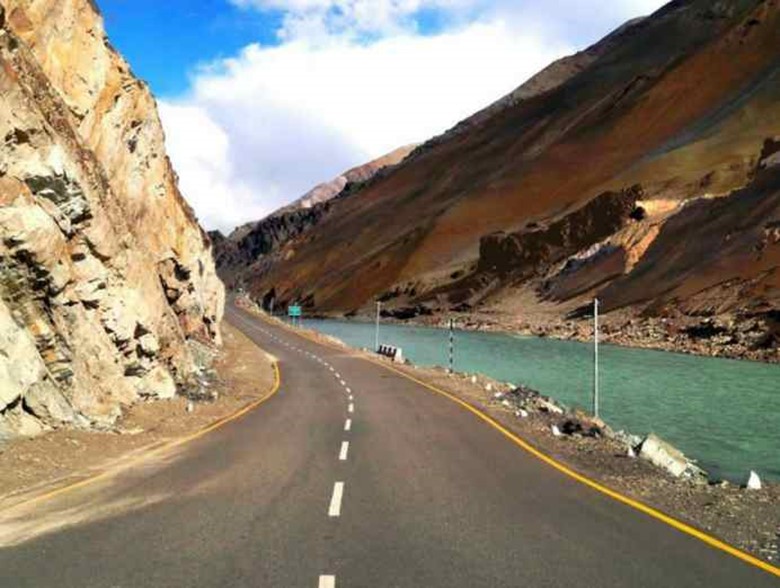 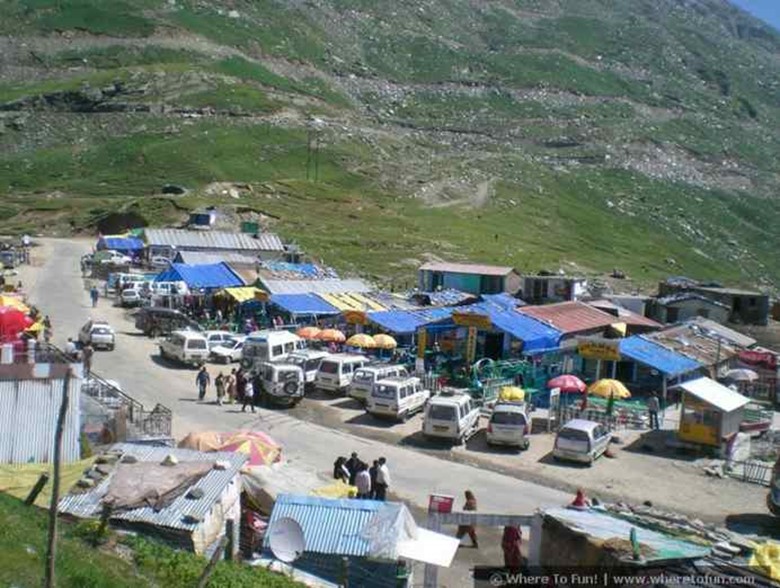 1. Manali – There are some guest houses and hotels in Gulaba, Palchan and Marhi before Rohtang Pass. Food is plentiful on the tourist trail to Rohtang at the dhabas at Marhi.

2. Khoksar – It is a recommended pit stop for tasty food at the string of dhabas either side of the check post. Basic bed space in the parachute tents or cafés is available for INR 100-150 at Khoksar, Darcha, Bharatpur, Sarchu and Pang.

3. Accommodation options are aplenty till Darcha along the way at Sissu, Gondhla, Keylong, Gemur, Jispa.

4. It is also possible to find space to stay at one of the three basic dhabas at ZingZingBar. Bharatpur has eight or ten huge parachute cafés with communal sleeping spaces (INR 100-150 per person).

5. A variety of accommodation options are available at Sarchu, ranging from cheap to luxury Swiss tents.

6. Pang also has many accommodation options in the form of basic tents.

7. There is a strong possibility of finding a room at the homestays in Rumtse village; there are a few basic guest houses in Upshi and Karu as well.

Basic bedding and blankets are provided in communal spaces in the dhabas or parachute cafés. 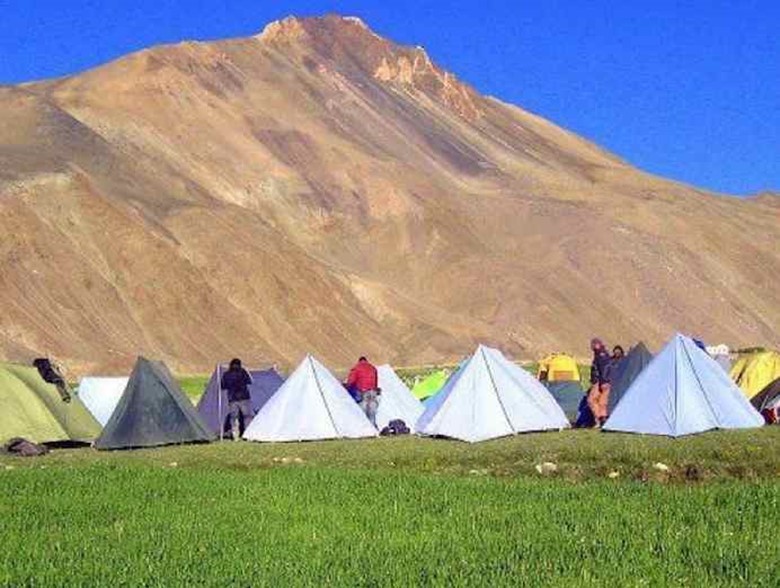 Things to keep in mind 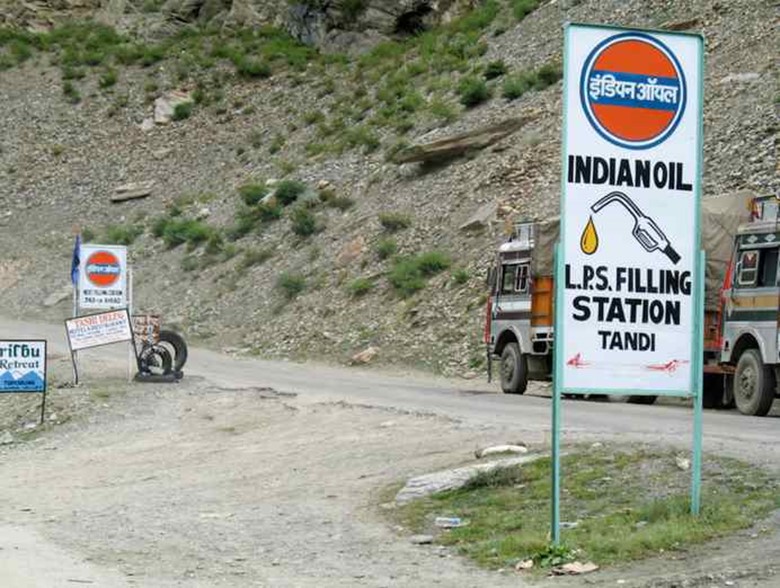 2. AMS (dizziness, headaches accompanied by nausea) can be deadly at these altitudes. Acclimatise slowly and do not rush until you feel better. Drink lots of water and keep yourself hydrated. Locals recommend smelling camphor and drinking water mixed with wild garlic. The only known treatment for people afflicted by AMS is descending quickly.

3. Remember that the last fuel station is at Tandi, and the next one is roughly 350 km ahead at Upshi-Karu. So, fill up cans if you are driving your own vehicle.

4. Sunlight can be very harsh at these altitudes; remember to liberally apply sunscreen and lip balms. Do not forget to use sunglasses. Weather is prone to suddenly change at the high passes sometimes transforming from 35 degrees Celsius to 0 degree celsius in a matter of few minutes; prepare accordingly.

5. It is advised to cover your ears from the fierce winds and keep ample winter clothes ready for a change in weather. Dressing in layers is the classic mantra while travelling on the Manali-Leh road. Also remember to carry waterproof clothing.

6. Mechanics and spare part shops are few and far between; Keylong is the best bet in case of any running repairs. A fierce camaraderie prevails on the Manali-Leh road; in case you do get stuck anywhere, vehicles from both sides are likely to help you.