From the mid-1700s through 1948, the British occupied and controlled India. During its years in India, Britain had a profound influence on Indian architecture. Britain was forced to release its grip on India years ago, but the mark the nation made on the country’s architecture remains. Many of the buildings remain as monuments.

The Victoria Memorial is a large marble building in Kolkata, West Bengal, India, which was built between 1906 and 1921. It is dedicated to the memory of Queen Victoria (1819–1901) and is now a museum and tourist destination under the auspices of the Ministry of Culture. The memorial lies on the Maidan (grounds) by the bank of the Hooghly River, near Jawaharlal Nehru Road (better known as Chowringhee Road).

The Victoria Memorial’s foundation stone was set in 1906 and the building opened in 1921.The work of construction was entrusted to Messrs. Martin & Co. of Calcutta. Work on the superstructure began in 1910. After 1947, when India gained independence, additions were made.The gardens cover an area of 64 acres (260,000 m sq ). 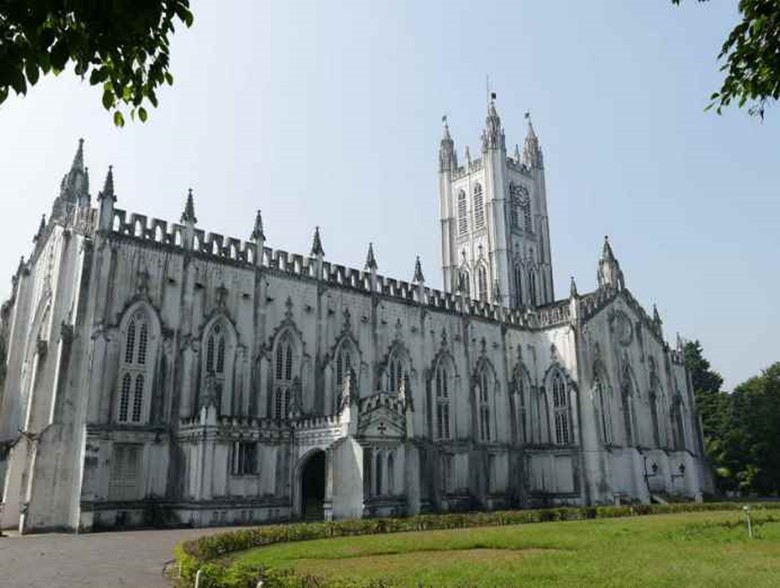 St. Paul’s Cathedral is a CNI(Church of North India) Cathedral of Anglican background in Kolkata, West Bengal, India, noted for its Gothic architecture. It is the seat of the Diocese of Calcutta. The cornerstone was laid in 1839; the building was completed in 1847.[1] It is said to be the largest cathedral in Kolkata and the first Episcopal Church in Asia. It was also the first cathedral built in the overseas territory of the British Empire.

Following the 1897 earthquake and the subsequent massive earthquake of 1934, when Calcutta suffered substantial damage, the cathedral was reconstructed to a revised design. The architectural design of the cathedral is “Indo-Gothic”, a Gothic architectural style designed to meet the climatic conditions of India. The cathedral complex has a library, situated over the western porch, and a display of Plastic art forms and memorabilia. Apart from that of Bishop Daniel Wilson, the founder of the cathedral, the other notable burial in the church is that of John Paxton Norman, an acting Chief Justice who was assassinated in 1871. 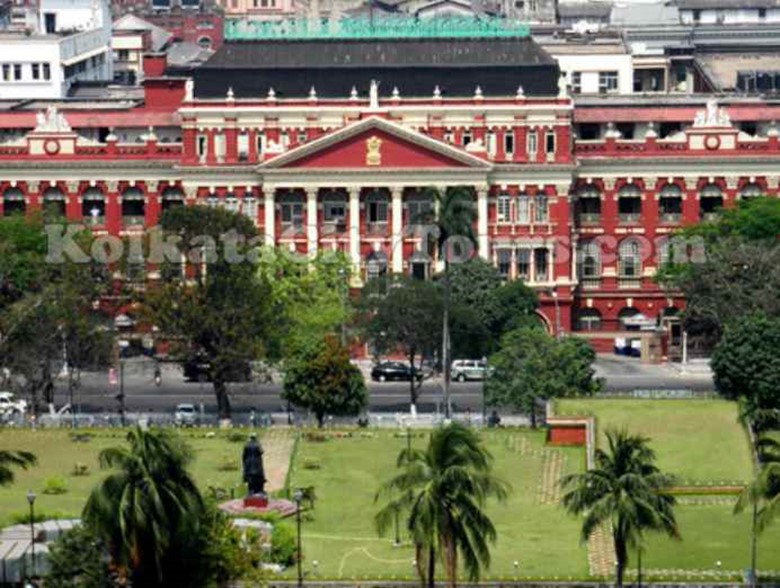 The Writers’ Building often shortened to just Writers’, is the secretariat building of the State Government of West Bengal in India.[1] It is located in West Bengal’s capital city of Kolkata. The 150-meter long Writers’ Building covers the entire northern stretch of the water body locally called Lal Dighi in the B.B.D. Bagh area. This originally served as the office for writers of the British East India Company, hence the name. Designed by Thomas Lyon in 1777, the Writers’ Building has gone through several extensions over the years. It housed the office of the Chief Minister of West Bengal until 4 October 2013.

The giant pediment at the centre is crowned with the statue of Minerva. The terrace also contains several other statues and notable among them are four clusters of statues, christened ‘Justice’, ‘Commerce’, ‘Science’ and ‘Agriculture’, with the Greek gods and goddesses of these four streams (Zeus, Hermes, Athena and Demeter respectively) flanked by a European and an Indian practitioner of these vocations. 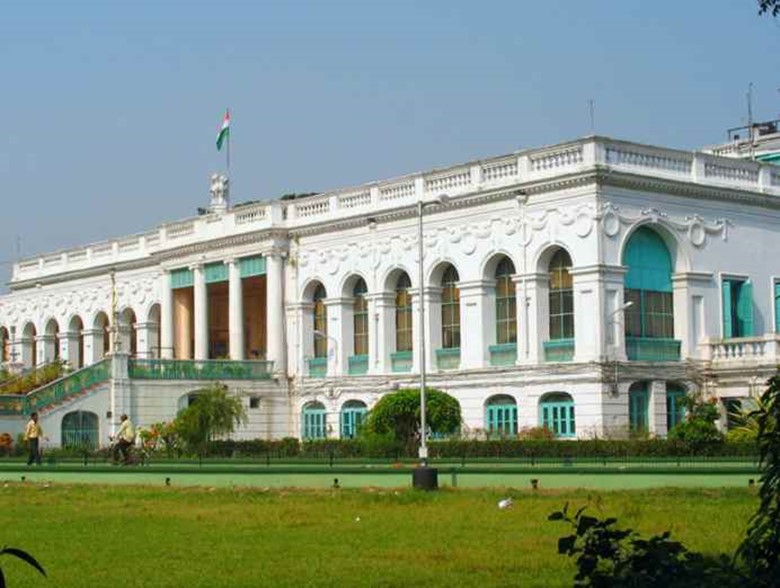 The National Library on the Belvedere Estate in Alipore, Kolkata, is the largest library in India by volume, 14th in the list of largest libraries, and India’s library of public record. It is under the Department of Culture, Ministry of Tourism & Culture, Government of India. The library is designated to collect, disseminate and preserve printed material produced in India. The library is situated on the scenic 30-acre (12 ha) Belvedere Estate. It is the largest in India with a collection in excess of 2.2 million books. Before independence, it was the official residence of Lt. Governor of Bengal. 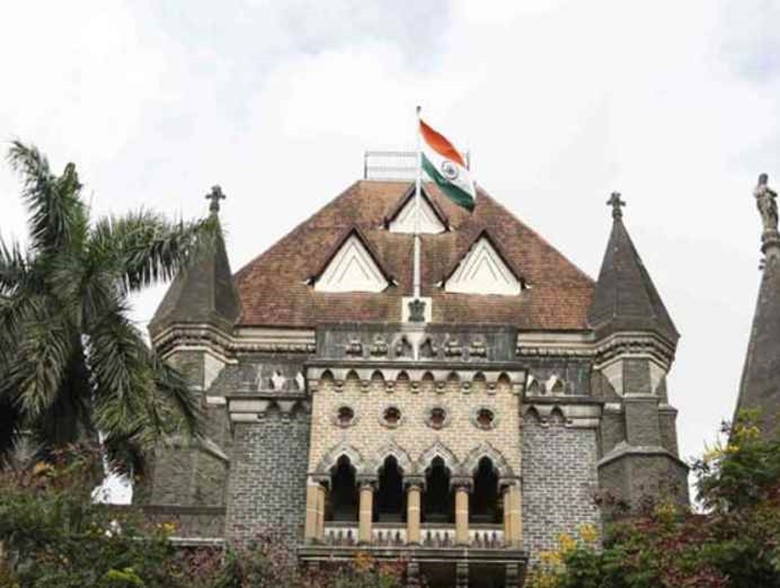 Bombay High Court is one of the oldest High Courts of India. It is located in Mumbai, Maharashtra. Its jurisdiction covers the states of Maharashtra and Goa, and the Union Territories of Daman and Diu and Dadra and Nagar Haveli. The High Court has regional branches at Nagpur and Aurangabad in Maharashtra and Panaji, the capital of Goa. The first Chief Justice, the Attorney General and Solicitor General of Independent India were from this court. Since India’s Independence, 22 judges from this court have been elevated to the Supreme Court and 8 of them have been Chief Justice of India. The court has Original Jurisdiction in addition to its Appellate. The decisions of this court can be appealed only to the Supreme Court of India. The Mumbai High Court has a sanctioned strength of 94 judges (71 permanent, 23 additional).

The building is part of The Victorian and Art Deco Ensemble of Mumbai, which was added to the list of World Heritage Sites in 2018.
The Bombay High Court was one of the three High Courts in India established at the Presidency Towns by Letters patent granted by Queen Victoria, bearing date June 26, 1862. It was inaugurated on August 14, 1862 under the High Court’s Act, 1861. The work on the present building of the High Court was commenced in April 1871 and completed in November 1878. It was designed by British engineer Col. James A. Fuller. 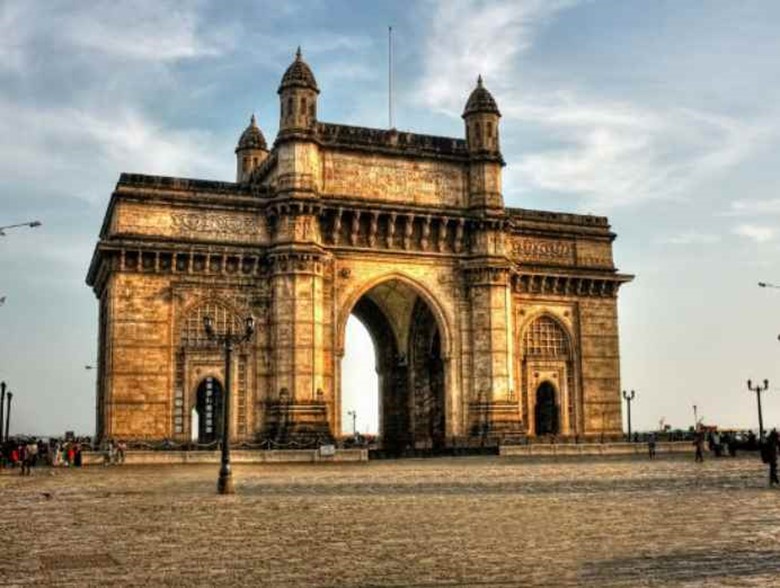 The Gateway of India is an arch monument built during the 20th century in Mumbai, India. The monument was erected to commemorate the landing of King George V and Queen Mary at Apollo Bunder on their visit to India in 1911.

Built in Indo-Saracenic style, the foundation stone for the Gateway of India was laid on 31 March 1911. The structure is an arch made of basalt, 26 metres (85 feet) high. The final design of George Wittet was sanctioned in 1914 and the construction of the monument was completed in 1924. The Gateway was later used as a symbolic ceremonial entrance to India for Viceroys and the new Governors of Bombay. It served to allow entry and access to India.

The Gateway of India is located on the waterfront at Apollo Bunder area at the end of Chatrapathi Shivaji Marg in South Mumbai and overlooks the Arabian Sea. The monument has also been referred to as the Taj Mahal of Mumbai,[8] and is the city’s top tourist attraction. 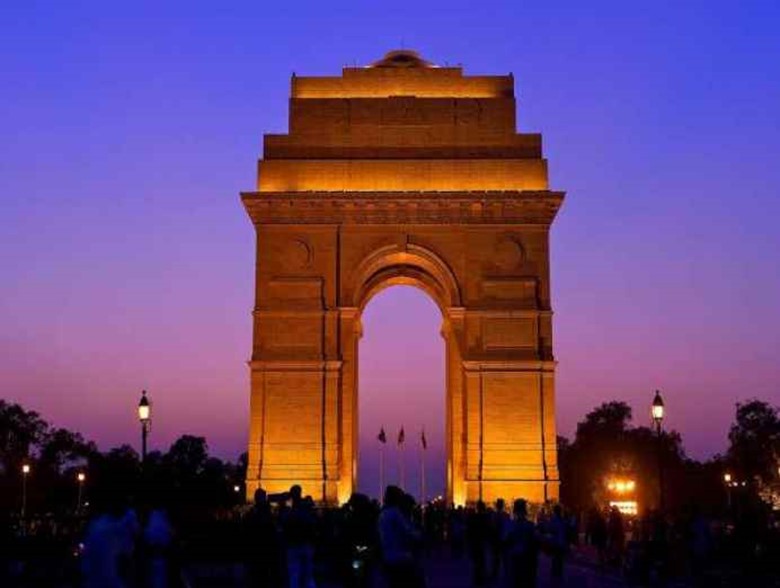 The India Gate (originally called the All India War Memorial) is a war memorial located astride the Rajpath, on the eastern edge of the “ceremonial axis” of New Delhi, India, formerly called Kingsway.India Gate is a memorial to 70,000 soldiers of the British Indian Army who died in the period 1914–21 in the First World War, in France, Flanders, Mesopotamia, Persia, East Africa, Gallipoli and elsewhere in the Near and the Far East, and the Third Anglo-Afghan War. 13,300 servicemen’s names, including some soldiers and officers from the United Kingdom, are inscribed on the gate. The India Gate, even though a war memorial, evokes the architectural style of the triumphal arch like the Arch of Constantine, outside the Colosseum in Rome, and is often compared to the Arc de Triomphe in Paris, and the Gateway of India in Mumbai. It was designed by Sir Edwin Lutyens.

In 1972, following the Bangladesh Liberation war, a small simple structure, consisting of a black marble plinth, with a reversed rifle, capped by a war helmet, bounded by four eternal flames, was built beneath the soaring Memorial Archway. This structure, called Amar Jawan Jyoti, or the Flame of the Immortal Soldier, since 1971 has served as India’s Tomb of the Unknown Soldier. India Gate is counted among the largest war memorials in India. 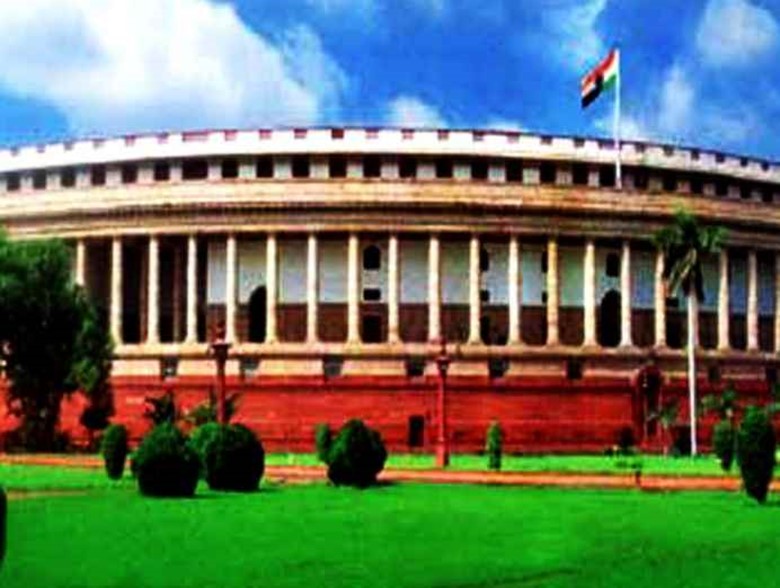 The Rashtrapati Bhavan is presidential Residence” previously “Viceroy’s House”) is the official home of the president located at the Western end of Rajpath in New Delhi, India. Rashtrapati Bhavan may refer to only the 340-room main building that has the president’s official residence, including reception halls, guest rooms and offices, also called the mansion.

It may also refer to the entire 130-hectare (320 acre) Presidential Estate that additionally includes huge presidential gardens (Mughal Gardens), large open spaces, residences of bodyguards and staff, stables, other offices and utilities within its perimeter walls. In terms of area, it is one of the largest residences of a head of state in the world. This decision to build a residence in New Delhi for the British Viceroy was taken after it was decided during the Delhi Durbar in December 1911 that the capital of India would be relocated from Calcutta to Delhi. 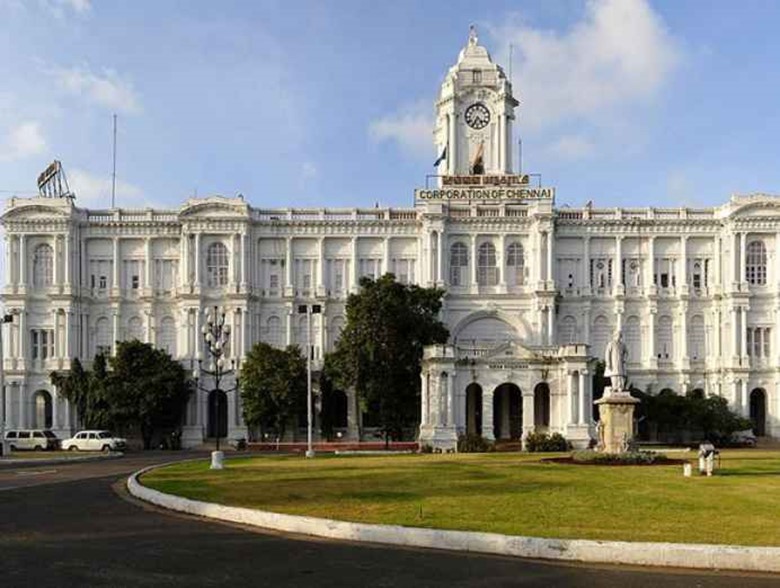 Fort St George is the first English (later British) fortress in India, founded in 1644 at the coastal city of Madras, the modern city of Chennai. The construction of the fort provided the impetus for further settlements and trading activity, in what was originally an uninhabited land. Thus, it is a feasible contention to say that the city evolved around the fortress. The fort currently houses the Tamil Nadu legislative assembly and other official buildings. The fort is one of the 163 notified areas (megalithic sites) in the state of Tamil Nadu.

The East India Company (EIC), which had entered India around 1600 for trading activities, had begun licensed trading at Surat, which was its initial bastion. However, to secure its trade lines and commercial interests in the spice trade, it felt the necessity of a port closer to the Malaccan Straits, and succeeded in purchasing a piece of coastal land, originally called Chennirayarpattinam or Channapatnam, where the Company began the construction of a harbor and a fort.