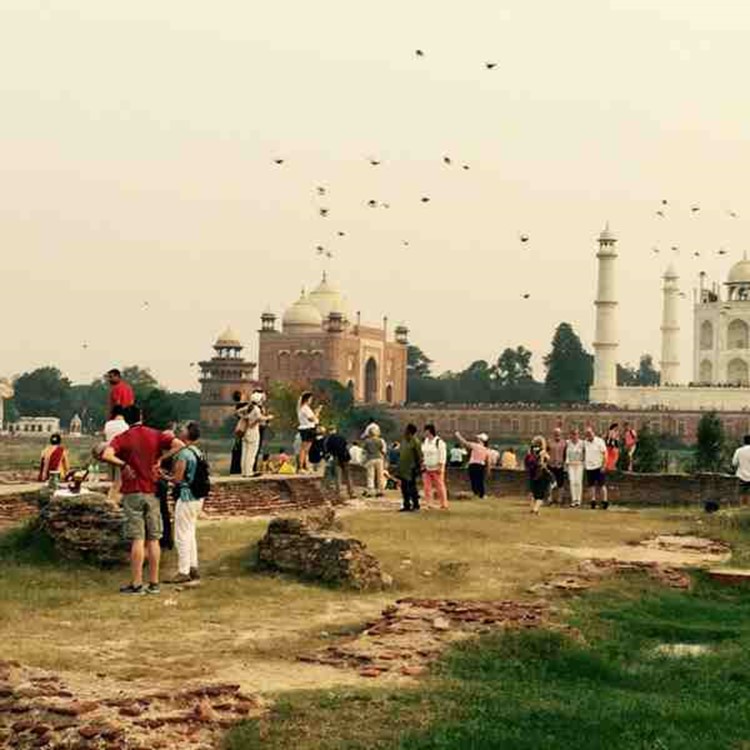 How to reach Agra?

By Road – Agra is well connected with roads as there are 3 national highways and 2 expressways (Yamuna Expressway & Agra Lucknow Expressway). The capital of India – Delhi is connected to Agra via NH 19 which also has regular bus services and is thus a boon for the tourism Industry.

Places to visit in Agra

The Wonder of the World 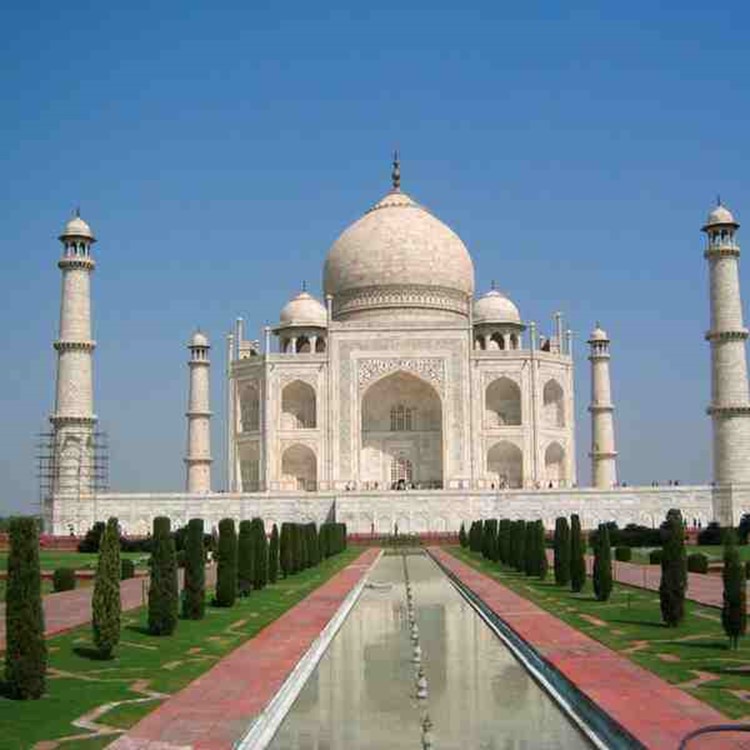 Taj Mahal – The ivory-white marble mausoleum is the epitome of love. The Mughal Emperor Shah Jahan built this extraordinarily beautiful dome structure by the Yamuna River. The Taj Mahal was built to house the tomb of Shah Jahan favorite wife Mumtaz Mahal.

According to the city tour guide the total are of this mausoleum is 42 acres and started in 1643 it took 10 years to complete the structure. It is estimated that in 1643 it would have taken 32 million Indian Rupees to build this structure which comes down to an approximate of 53 Billion Indian Rupees which only shows the grandeur of the Muslim architecture.  It was declared the UNESCO World Heritage Site in 1983 and thus sees over a million footfalls every day. Best Agra packages have a visit to the Taj Mahal set in the highest priority to make it the best Agra trip while you’re on your weekend getaway. 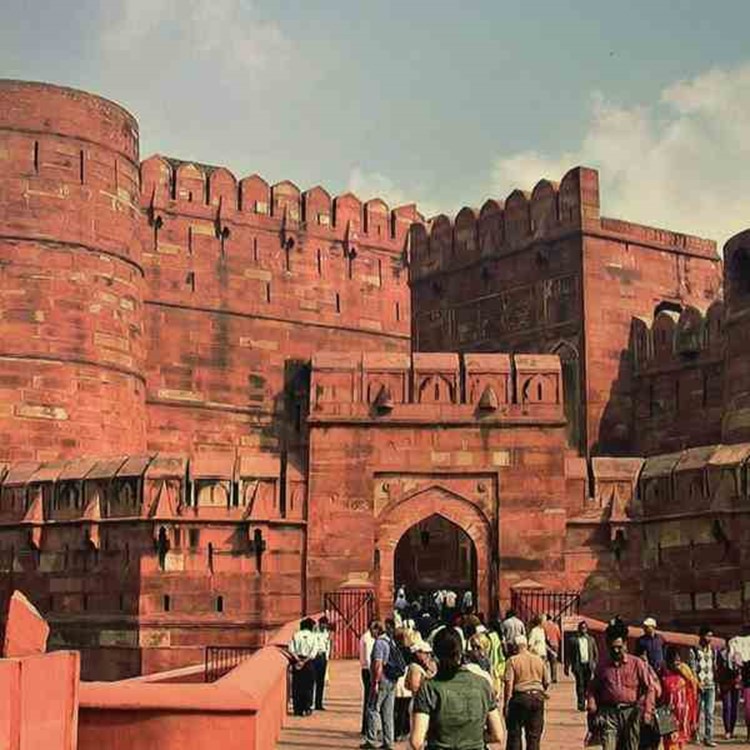 Announced as a UNESCO World Heritage site, the Agra for is a marvel of Islamic architecture. The fort served as the main residence of the emperors of the Mughal Dynasty till 1638 until the capital moved to Delhi. In the recent times it displaces the history and heritage of the Mughal Empire and there is also a light and sound show during the evening at the Fort which the tourists can attend. Best Agra packages have to have a visit to the Agra fort. 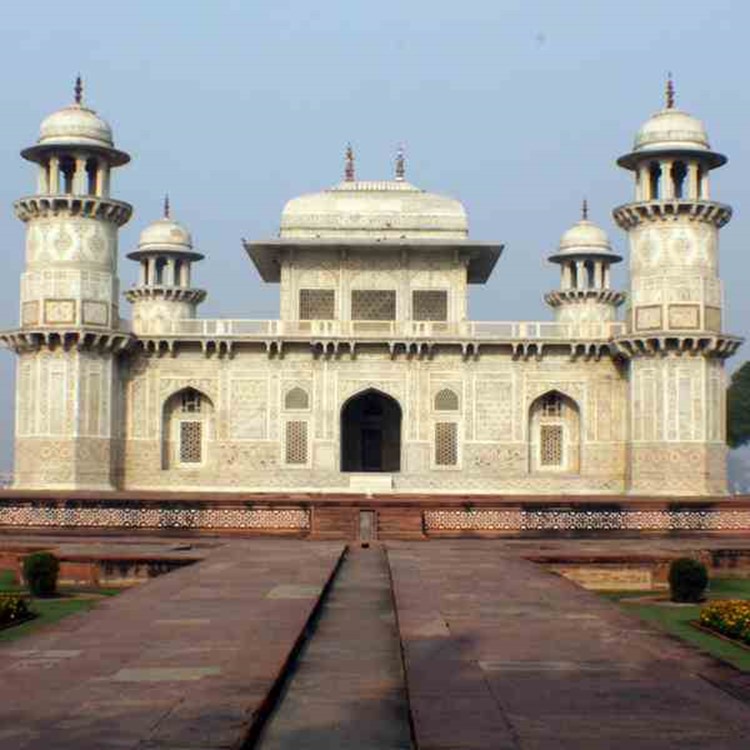 It is a Mughal mausoleum in the historical city of Agra. It is often referred to as the “jewel box” or the “Baby Taj” as it might have served as the first draft for the glorious and beautiful Taj Mahal. Thus one can imagine that this tomb will also be no less magnificent and beautiful and it surely lives up it. Best Agra trips are surely incomplete without a visit to this tomb that spurs the Islamic architecture. 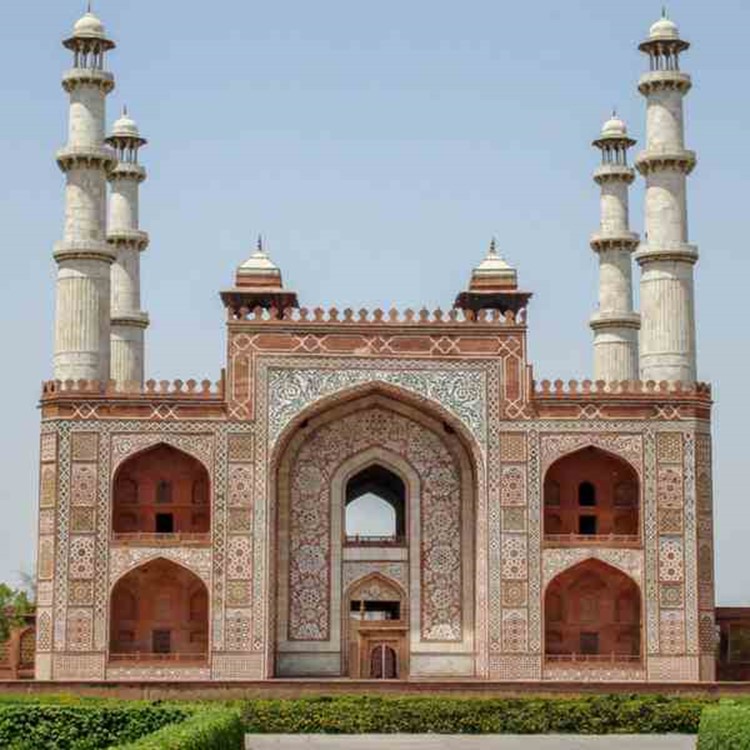 The great Indian Mughal Ruler Akbar’s tomb was built in the year 1605–1613 by Prince Salim or Jahangir, the son of Akbar. Built in the suburbs of Agra the Tomb sits on a total area of 11793826 acres of land is a beautiful Mughal site to be at. Best Agra packages have this place in their list of places to visit as tourists gaze at the dome shaped sealing and the intricate designs and be mesmerized by the architecture. 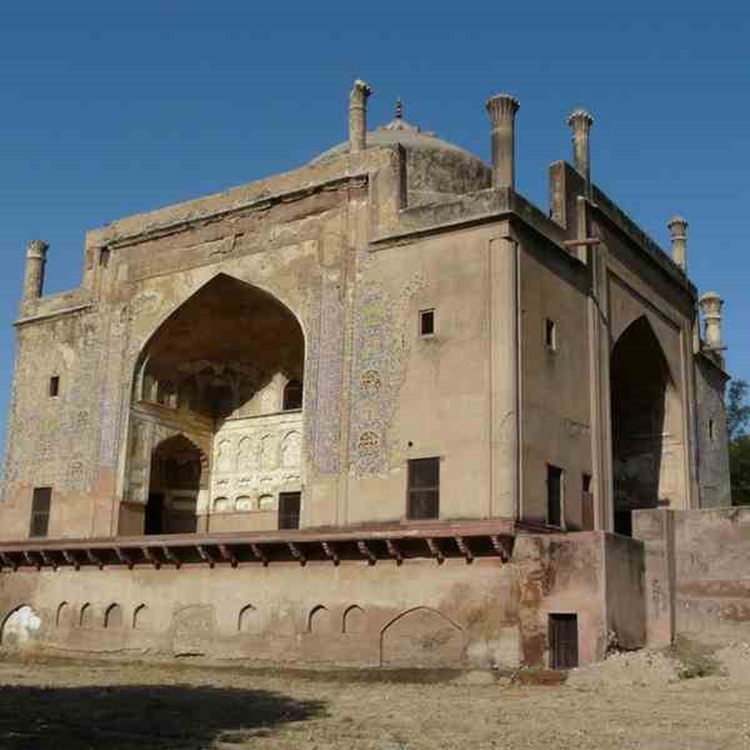 Built in 1635 it is the tomb of Allama Afzal Khan Mullah who was a scholar and the Prime Minister during the rule of the Mughal King – Shah Jahan. One of the most important building in Fatehpur Sikri, the Panch Mahal is also called the ‘Badgir”. It is close to the zenana building and was a place of entertainment and leisure where singing and dancing shows were hosted. According to the city tour guide it is certainly one of the most interesting building as it was built during the Mughal Empire but the architecture is influenced by Buddhist architectural style which is intriguing to historians and students. 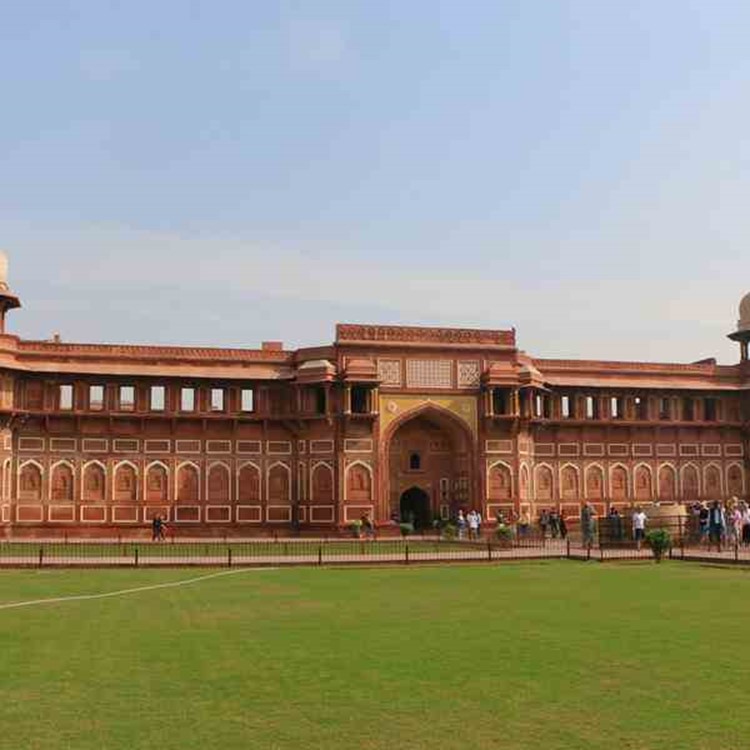 It is an Islamic Palace which was used by the Rajput wives of Akbar as a place of stay. Situated inside the Agra Fort it is certainly one of the most important Mughal architectures among all the structures. The place is also known as the zenana. Among the many things to do a stroll inside the Agra front is certainly a great touristy experience to learn and understand the Mughal Empire more closely. 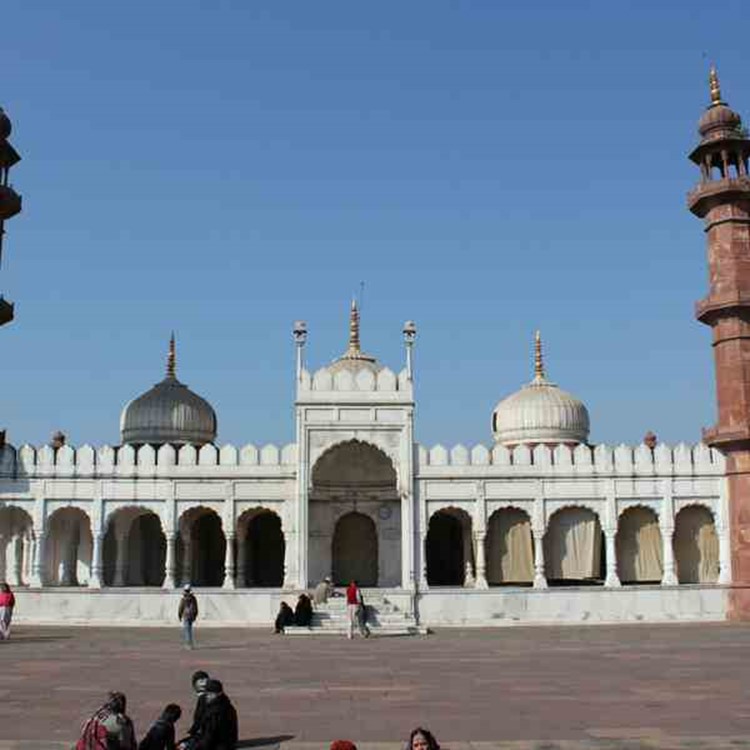 The masjid was built by the Mighty Mughal rules Shah Jahan which took four years to be built. North of Diwan-i-Aam complex, the Moti Masjid is one of the many architectural wonder that Shah Jahan had built during his reign. The name of the masjid “Moti” means “pearl” which comes from the color of the masjid as it is completely build with pearl like or sparkling white marble which gives the extra ordinary glow and makes it stand out from all other architecture, it is surely a treat to the eye.

The tomb is a mausoleum which was built by Jahangir in the memory of his mother Mariam-uz-Zamani. This place beautifully showcases the love of a son for his mother which makes you feel good. There is a beautiful garden adjacent which makes it a very peaceful and calm place to be at. 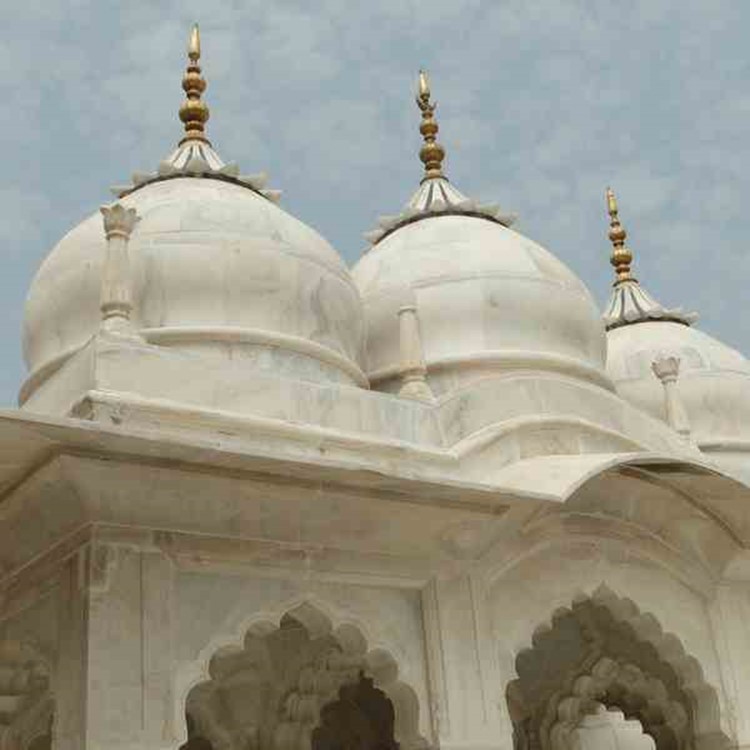 Yet another Islamic architectural marvel by Shah Jahan that stands in the Agra fort itself and is popularly known as the Gem or the Jewel mosque. It is all the more famous for the historic bazaar, known as Mina Bazaar, being just functioning at the bottom of this place and the Royal ladies of the Mughal Empire could buy items from this bazaar standing at the veranda of the Nagina Masjid. A visit to this place and the enriching history will make it the best Agra trip while you’re on your weekend getaway. 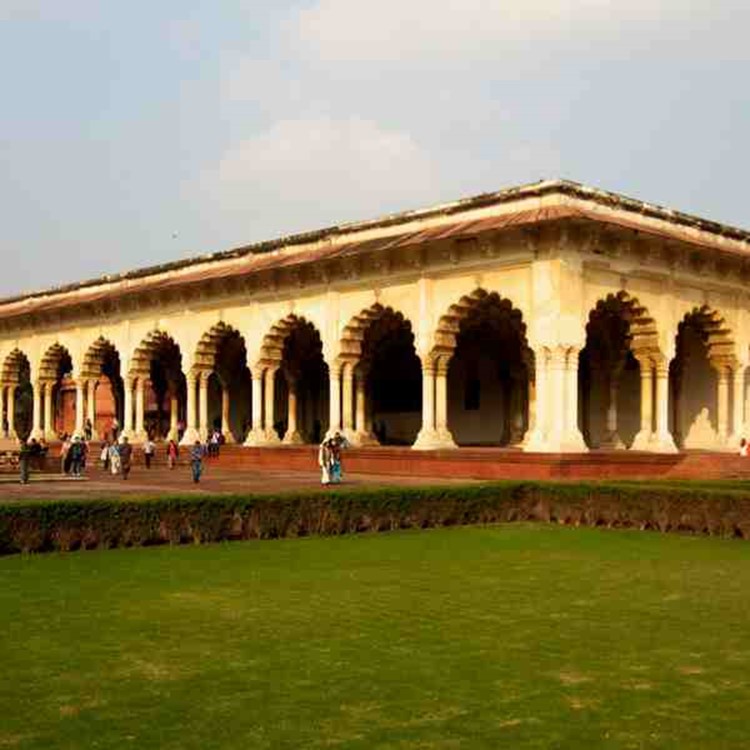 It is a hallway for the audience with intricate designs, which was built during the 17th-century in the Red Fort. As the Legend says Shah Jahan was imprisoned at this place during his last years where from he could see the Taj Mahal. Thus a visit to this place would feel like living the history books which is enlightening and enhances ones knowledge of history. 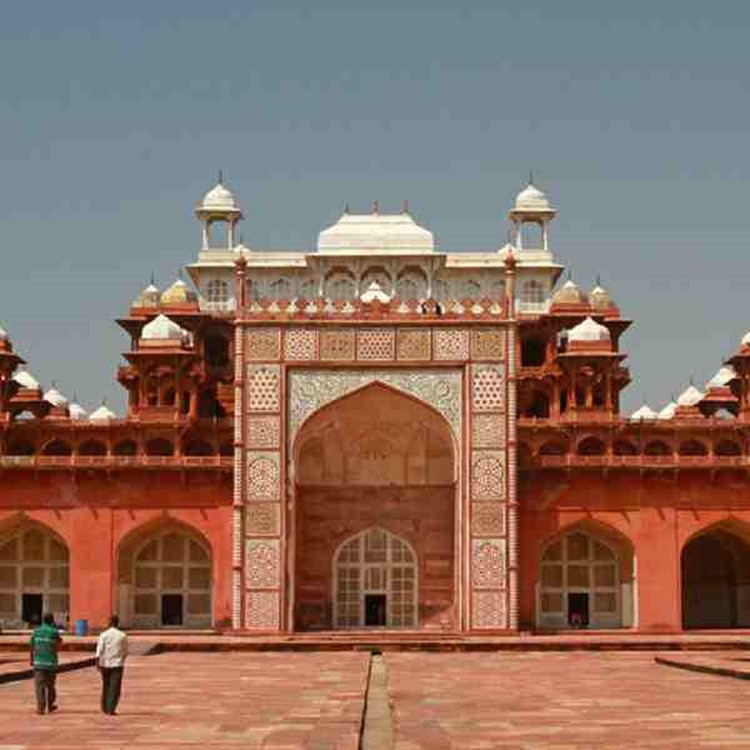 Built in red sandstone the beauty of this place is beyond the measure of time. One of the best things to do at Agra is to visit this fort to understand and witness the amalgamation of Hindu and Islamic architecture which fantastic creation.

The fort is well preserved and has high walls with pillars and complicated designs throughout the fort and a large well maintained and well planned garden which displays the grandeur of the fort and the rich artistry.

The tomb of Akbar is located inside this Fort. Thus Best Agra packages without a doubt has this location as a must visit tourist spot. 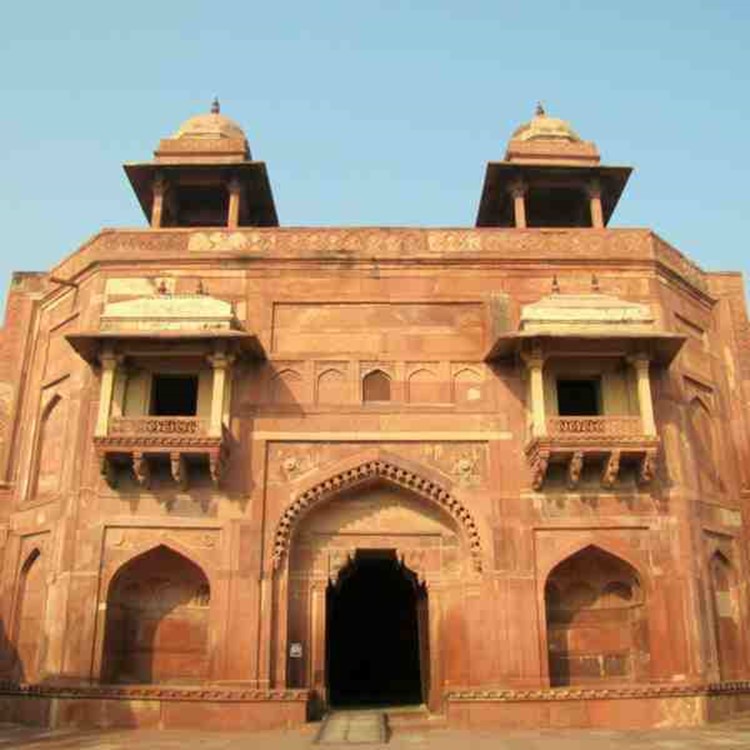 Built for Akbar’s favorite wife, the Jodha Bai palace is located in Fatehpur Sikhri and is also located in close vicinity of the Jahangiri Mahal. The architecture is such that there are small slits in the walls though which the queen can see the Taj Mahal. The architecture is a mixture of Rajasthani and Gujarati art and some speculate that even Hindu styles are incorporated but whatever the debate is this just goes to show Akbar’s great taste in architecture and designs. 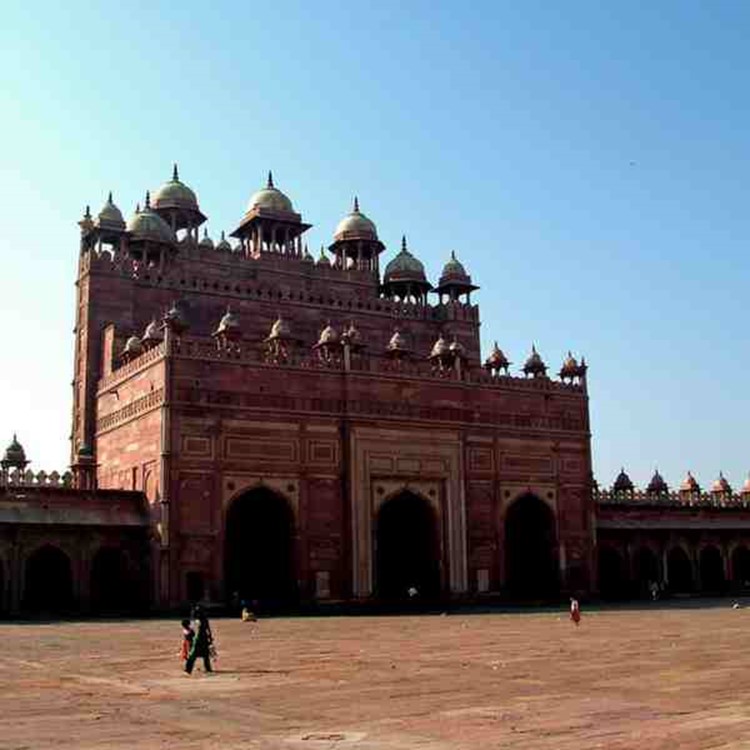 This is a very old Hindu temple which is dedicated to Lord Shiva. As you visit the temple one will surely feel the positive vibes and the calm atmosphere. Local people have very much faith in this temple and its spiritual power. 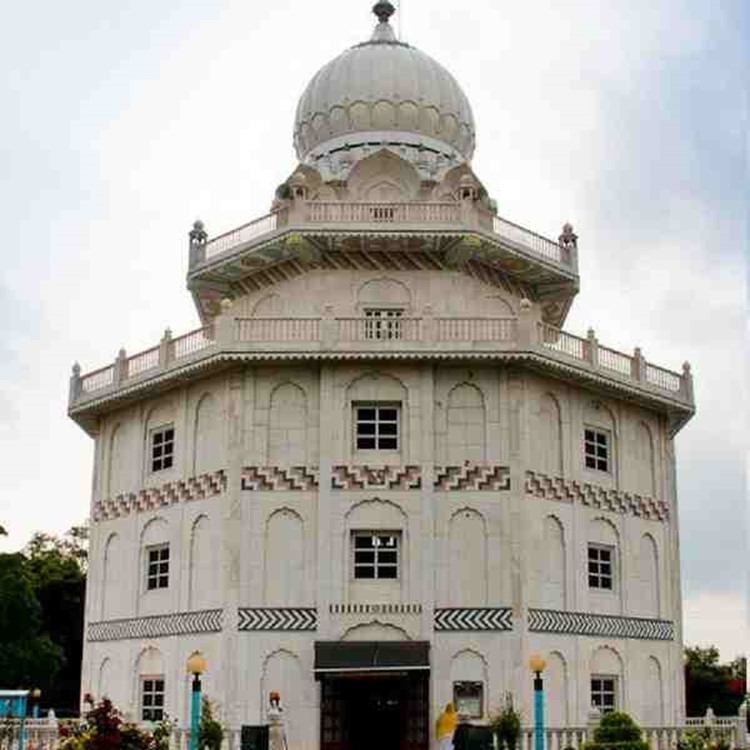 It is one of the most visited parks in Agra. According to the city tour guide the park sits on a land area of 70 acres with a lake in the middle and numerous varieties of trees surrounding it. Tourists can visit this park to have a breath of fresh air and just to relax during leisure time. 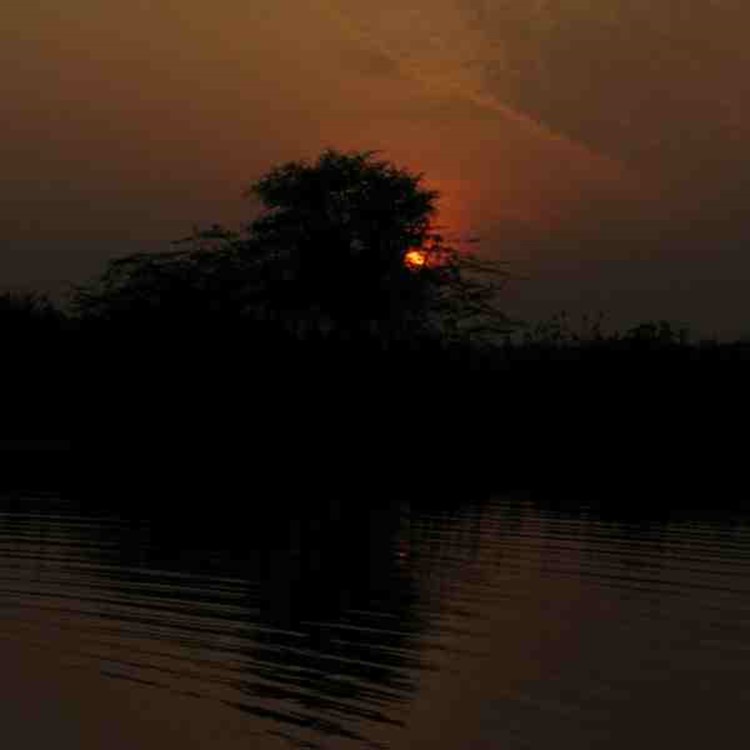 Also known as the Sur Sarovar, the lake is situated just outside Agra. The lake provides for beautiful scenery which might be a nice getaway location for picnics and small outings, a little away from the hustle and bustle of the city. 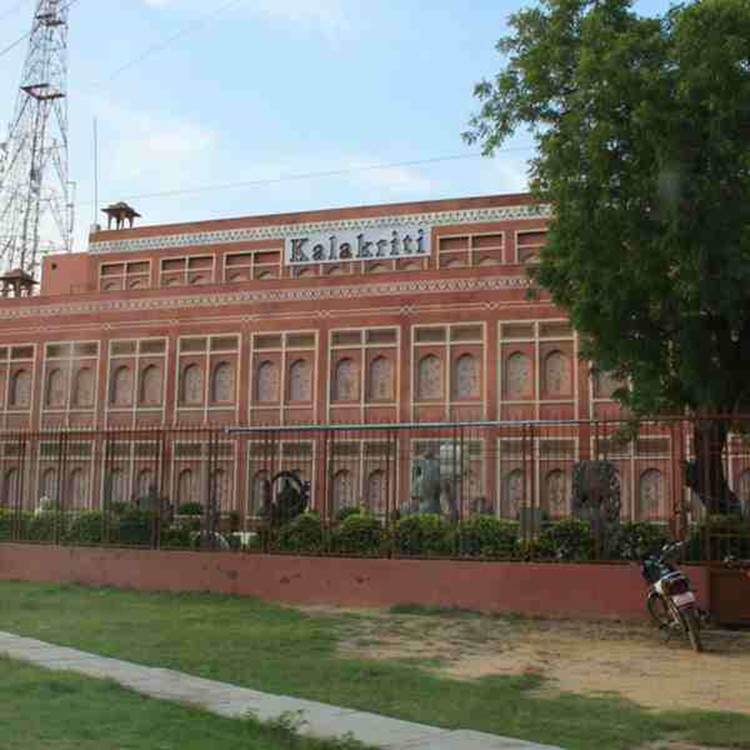 It is a grand cultural centre that showcases many cultural performances in the form of drama, music and other art forms. It also showcases contemporary and Bollywood based dramas and art forms.

It is an amusement park in Agra which has many land and water based rides and is a perfect location for some thrill and fun for all ages. It also has various Indian and Chinese restaurants to grab a bite. If you are an adventure lover, then Air Safari in Agra is the place to be. You will definitely be thrilled and acquire a breathtaking experience as seeing the city of Agra from a bird’s eye is surely an absolutely a onetime experience.