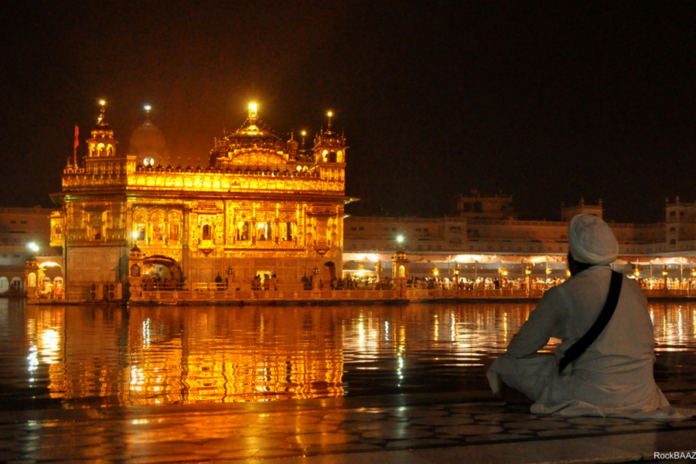 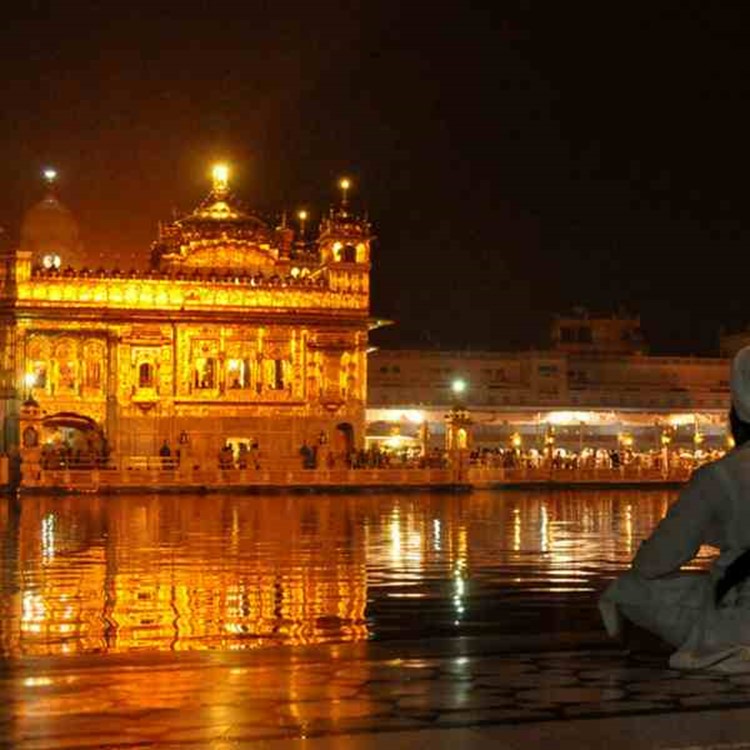 How to reach Amritsar?

By Air –Sri Guru Ram Dass Jee International Airport, is the international airport in Amritsar and has over 400 weekly flights that connect Amritsar to the rest of the country and abroad. It connects Heathrow, Melbourne and Sydney via Delhi and also Tashkent and Dubai and many more. It also connects many Indian cities like Delhi, Mumbai, Kolkata, Chennai, Bangalore and Srinagar.

By Train – Amritsar railway station is the main railhead here and it connects numerous Indian cities like Mumbai, Kolkata, and Delhi with Amritsar with regular connecting trains. The Samjhauta Express runs from Delhi via Amritsar to Lahore in Pakistan which is surely among the few international trains that crosses the Indian borders.

Places to visit in Amritsar 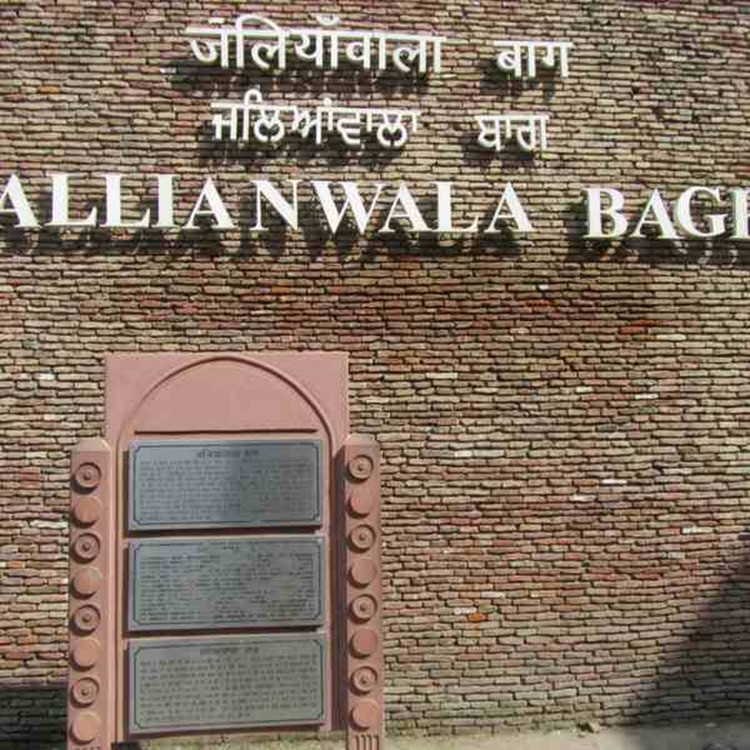 Built in the year 1951 as a tribute to the Jallianwala Bagh Massacre during the British Raj when unarmed men, women and children were butchered by the British. It is a beautiful garden to pay homage and signify peaceful co-existence of people of the modern times. It is a place that is touched with huge historical importance and human emotions. It is included in all best Amritsar packages to remember and delve into the depths of Indian History. 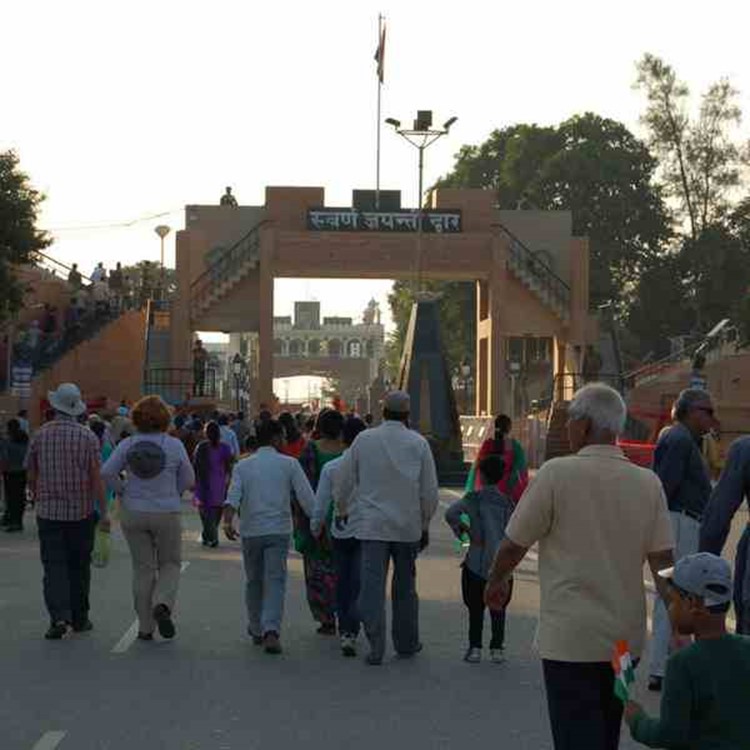 It is the border that separates India and Pakistan and is surely a favorite tourist spot and it is not every day that one gets to be at and feel patriotic at a Border area. There are viewing galleries where people can watch the daily flag down ceremony by both the countries which is a splendid ceremony to watch. The boisterous attitude and the crisp salutes along with the national anthem can only bring Goosebumps to oneself. Best Amritsar trips are incomplete without a visit to the Wagah Border. Location – Amritsar, Punjab 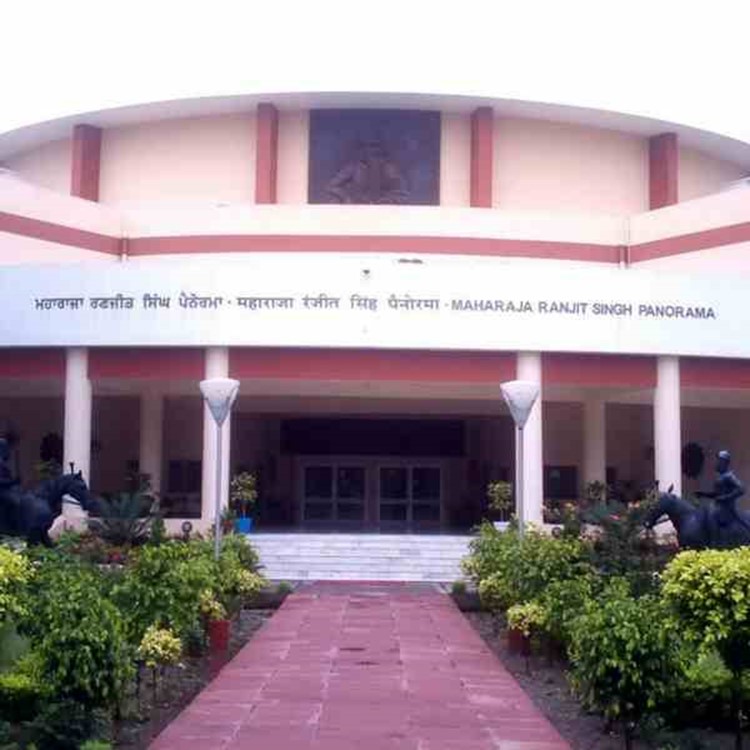 It is a museum which is solely dedicated to the Sikh empire and its history. Paintings, armaments and other historical articles and artifacts are displayed at this museum where tourists can have a better understanding of the history of the region and also learn about the inhabitants of this place. A visit to this museum is definitely one of the things to do in Amritsar to have a better understanding on Punjab, its history and culture. 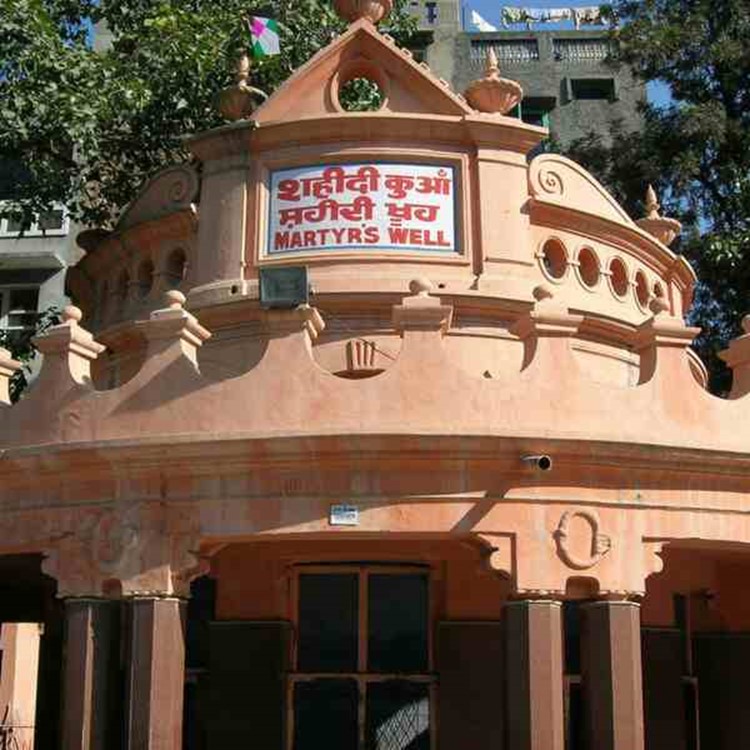 The well is located within the historical walls of the Jallianwala Bagh and is a popular tourist sight. During the Jallianwala Bagh Massacre numerous men and women jumped in this well just to avoid the horrific death by the British gunmen, thus it screams sacrifice and pain which is why it has become one of the most important tourist destinations. Weekend getaway at Amritsar cannot be a success without a visit to this spot.

Located in the Town Hall in Amritsar it is a museum that speaks in leaps and bounds about the post partition era of India when India and Pakistan were evidently the same country. It has documents, and other historical articles and artifacts that provide us with a clear picture of liberation of India and its partition. Location – Town Hall, Katra Ahluwalia, Amritsar, Punjab || Timing – 10AM – 6PM 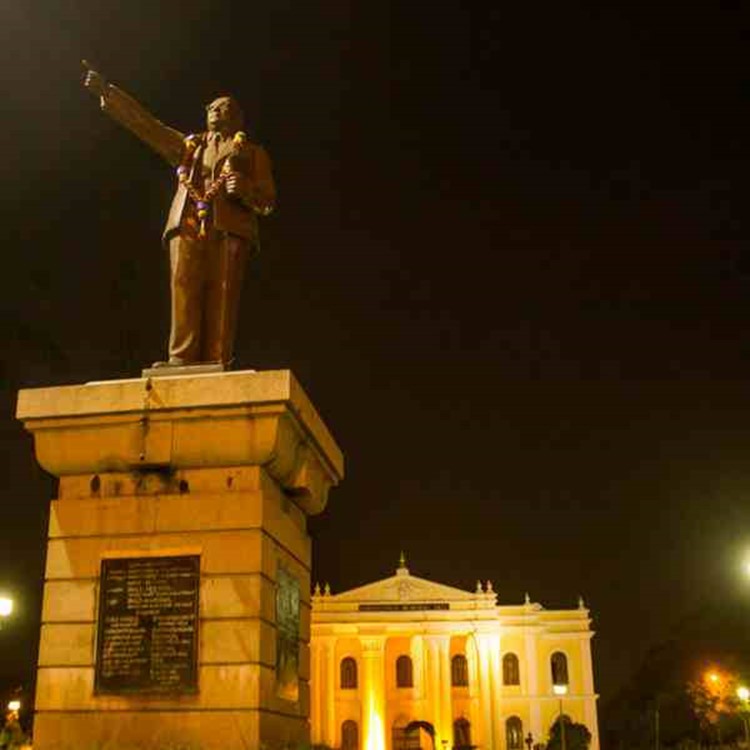 The life sized statue is a tribute to Dr. B.R. Ambedkar which is the man who shaped the Indian Constitution. The building hand of the Democratic Republic of India, however, it is not a place that should be visited singularly but should be clubbed with other spots to visit. 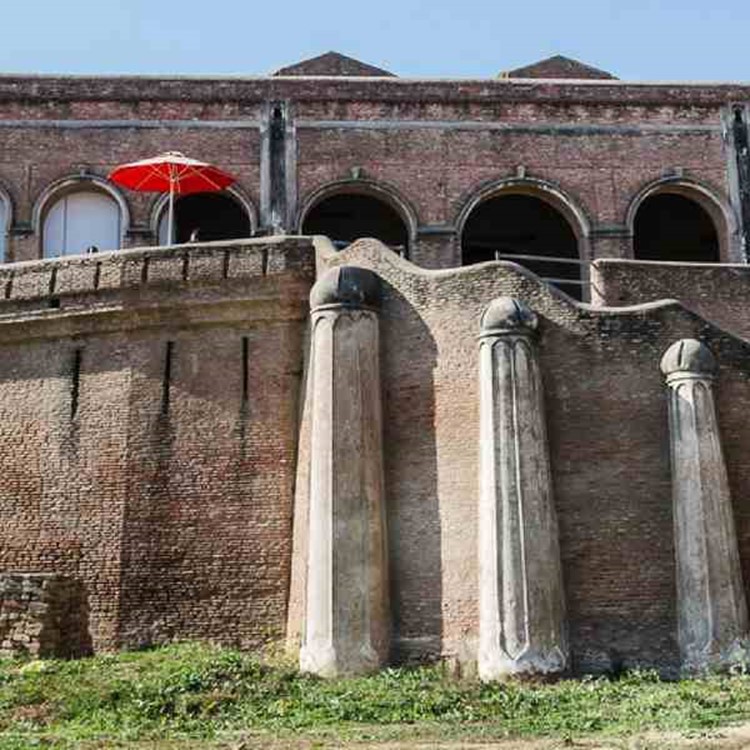 It tells some of the history surrounding Guru Gobind Singh, the tenth Guru in the line of Guru Nanak, as well as of India in general. While still under construction, there are some fascinating exhibits already open, including ones displaying weapons and armor, and a history of the money of India. There are good explanations in English of many of the displays.
One of the most informative exhibits is a video depiction of the Guru’s life. This animated film is shown in a theatre with special effects. This place offers a 7D show regarding a documentary on Ranjit Singh’s war as well.
The Fort is sort of an oasis of calm and greenery. Location –Old Cantonment Road, Vijay Chowk, Lohgarh Chowk, Amritsar 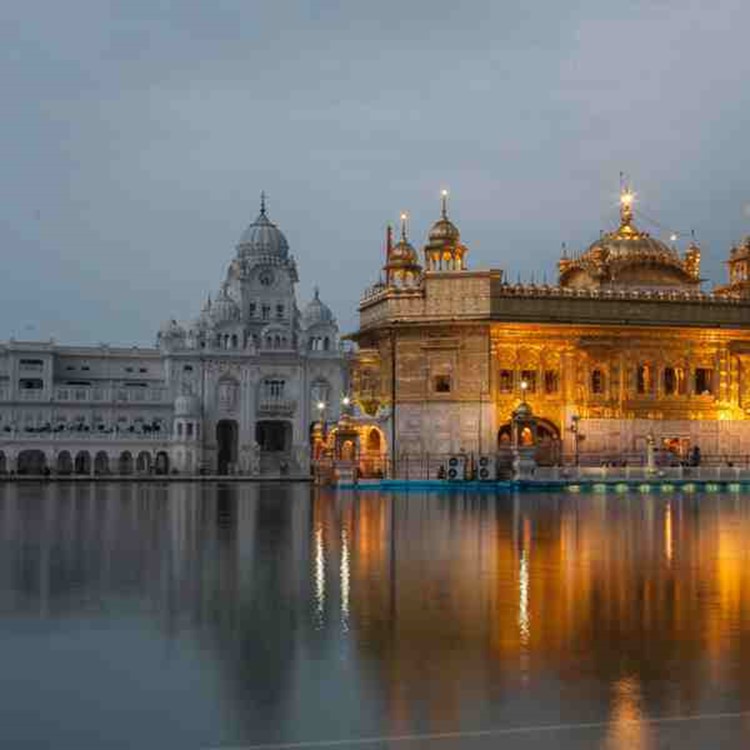 The Golden Temple or Sri Harmandir Sahib is the most important temple to the whole of the Sikh religion. The Golden Temple is a marvel that sits in the centre of Amritsar and has daily footfall of over a million people from all around the globe. The Golden Temple is known for its beautiful architecture, the golden walls of the temple and the large compound which is surrounded by a pond on all sides.

A place of purity and tranquility, it is also known for its Langar which is a practice of providing free food to all people that visit the temple. The Golden Temple has a record of feeding over a million devotees daily. 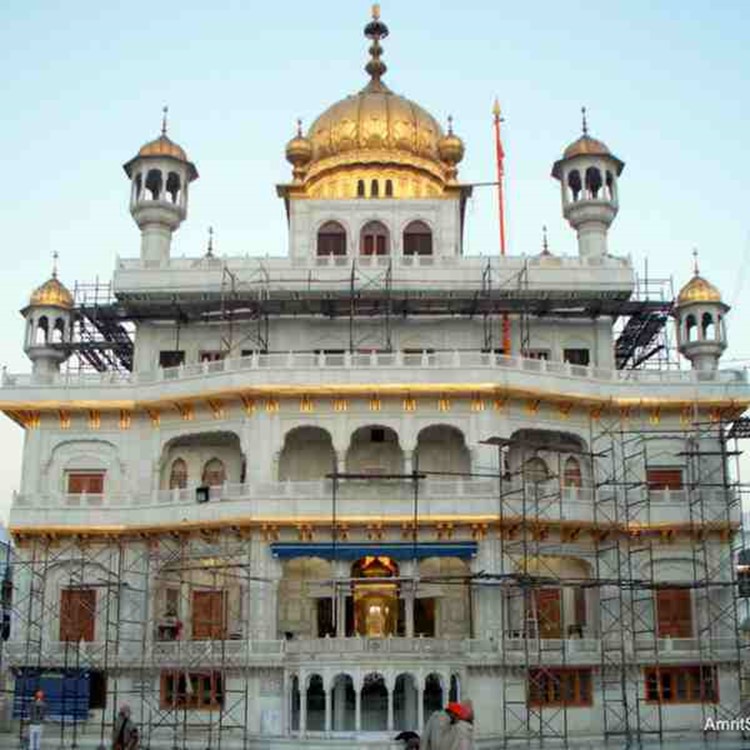 The word Kal means time and Akal means the negative of time which gives this place its name and meaning. Being one of the five Takht that are of great significance to the Sikhism it is certainly one of the most important location for Sikhs and all tourists. It is located in the Harmandir Sahib complex in Amritsar. 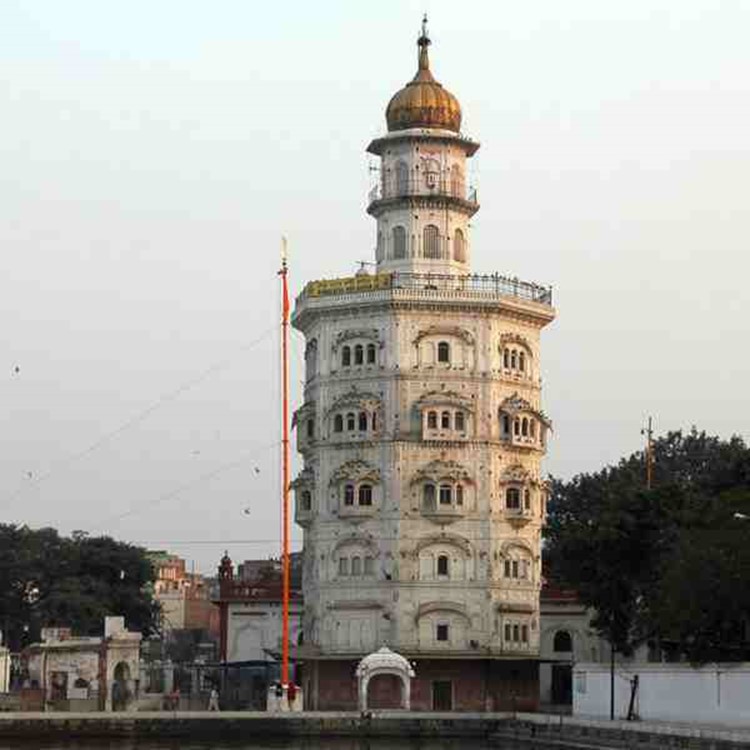 According to the city tour guide this gurudwara was erected in the memory of Baba Atal Rai, the son of sixth Guru Har Gobind Sahib Ji. This gurudwara is a marvel of architecture in Amritsar and has thus become popular among tourists. 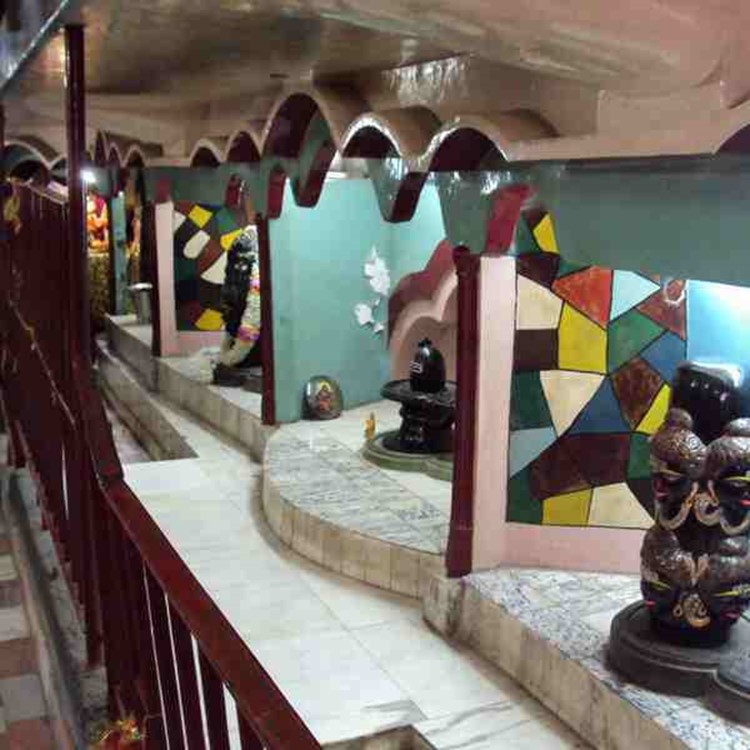 It is an ancient Hindu temple dedicated to 20th-century female saint, Lal Devi which is famous for its elaborate and colorful decoration. The inside of the temple is called the Sheesh Mahal for its eccentric mirror work inside the temple. 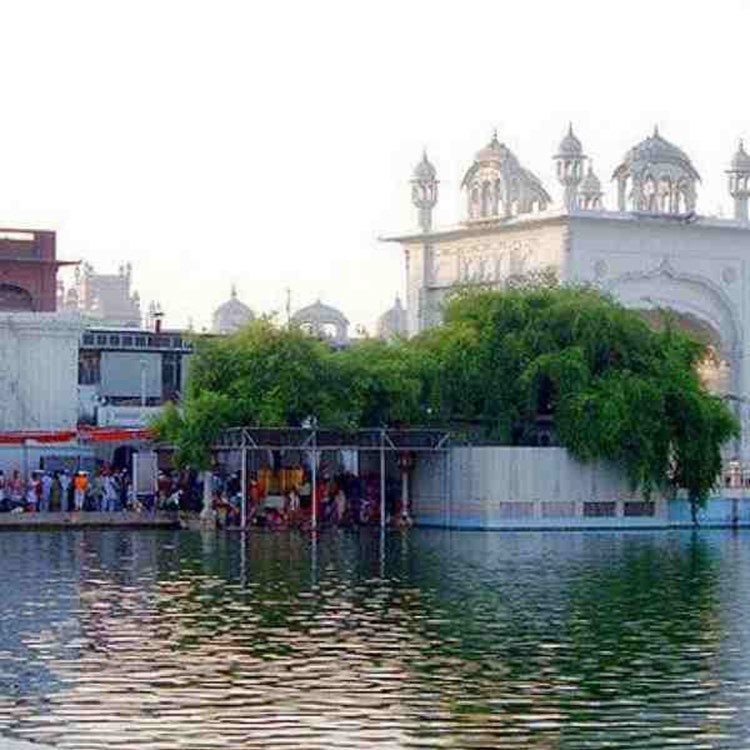 It is an iconic 16th-century Sikh Gurudwara. The gurudwara houses a museum and has a lake adjacent to it where people take a bath which is considered a holy lake. 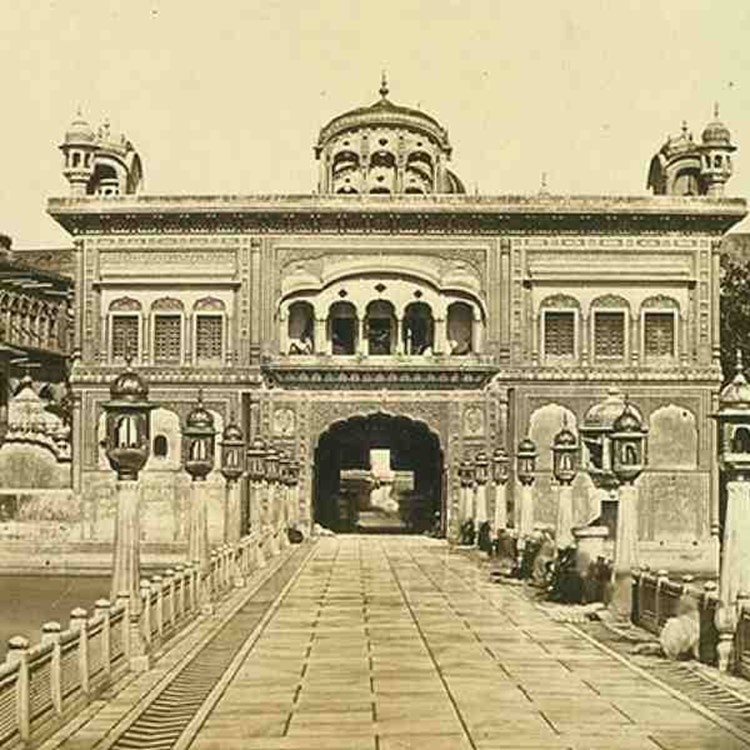 It is a lavishly decorated area with a touch of spirituality which is falls at the path of the holist pace for the Sikh – The Golden Temple. According to the city tour guide the place is mostly crowded thus a visit during the early morning hour is recommended.

It is a Historical Gurudwara which is built after the 9th Sikh Guru of the Sikhs – Sri Guru Teg Bahadur Sahib Ji. It is divine location which will uplift your mind and soul with its spiritual power. 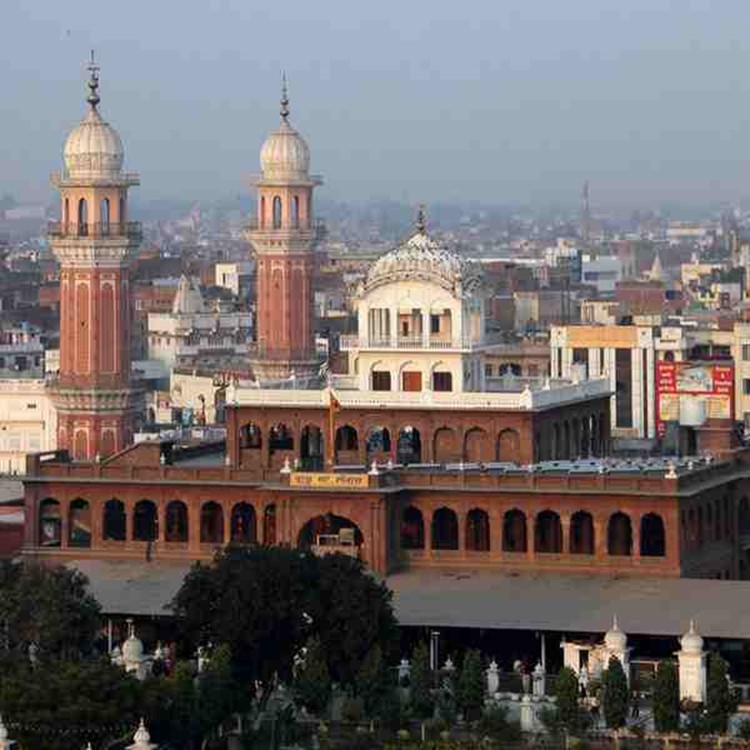 It is a three storey building which is a marvel of Sikh architecture. The vast hallways, the pillars and the high ceiling all add to the beauty of the place. It is located near the Shri Darbar Sahib and is thus fairly popular among tourists who visit Amritsar.

It is a fairly popular waterfront Sikh temple which was constructed in the 16th century, with 4 main entrances as it is located in an area which has numerous other Sikh architectures. 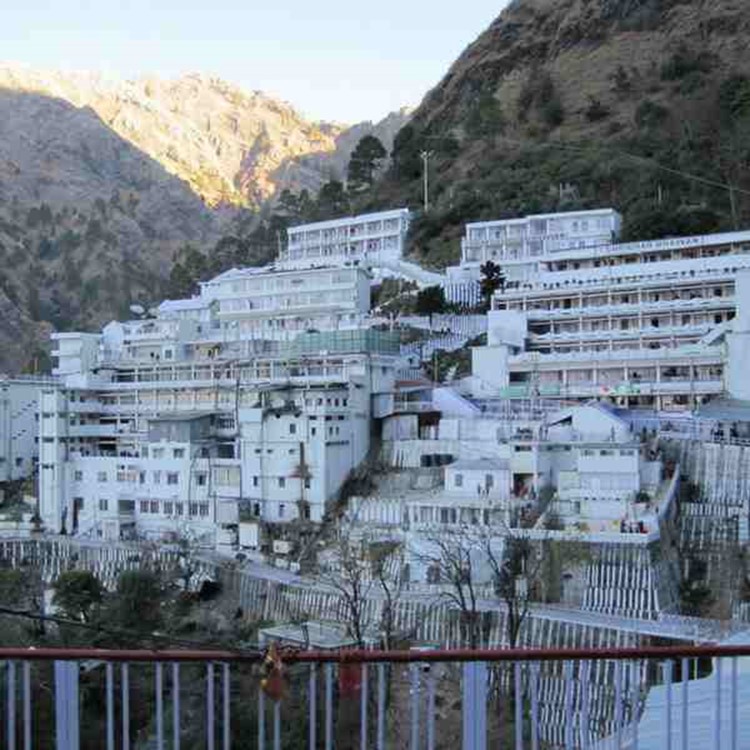 Located at a distance of 260 km from Amritsar, Punjab, and Vaishno Devi Temple is one of the most important Hindu Temples in the country.

Tourists who generally visit also take a day’s trip to Katra which is a 6 hour train journey to visit the Vaishno Devi temple which is one of the most holy pilgrimages to the Hindus. A highly spiritual location to cleanse your mind and soul, to get rid of all your hardships and overcome bad time; according to the city tour guide people walk or trek a distance of 12km uphill to reach the temple which is housed at the top of a hill.

This masjid or mosque is a place of architectural beauty. It was built in 1876 by Mohammad Khairuddin. This is the holy place from where a call against the British rule was given by Shah Attaullah Bukhari which makes it not only a House of God but also a place with historical significance. 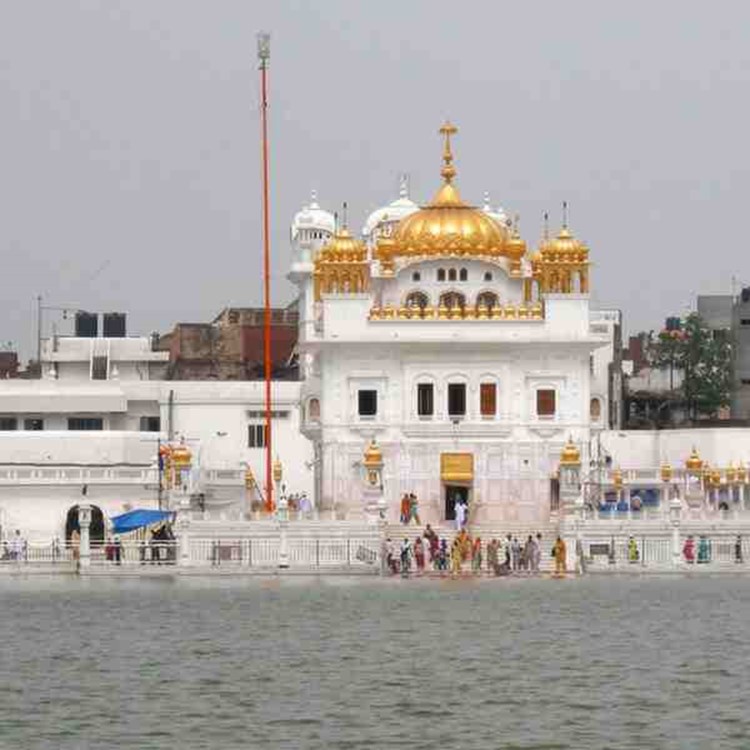 Taran Taran is a famous tourist spot. It is a well maintained temple with a very large Sarovar (lake). This place is the hub of 6 cultural temples. The city has many historic gurdwaras which include Darbar Sahib, Sri Guru Arjan Dev Ji Gurdwara and the Gurdwara Sri Darbar Sahib Tarn Taran is one such marvelous gurudwara which is popular for its white marble architecture, the sarovar and the spiritual atmosphere. Best Amritsar trips have to include a visit to this spot. 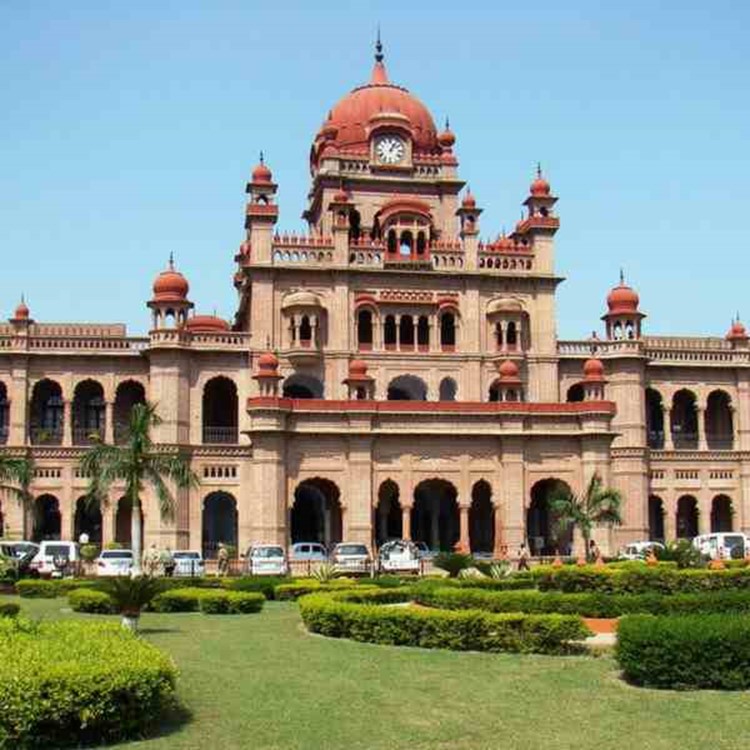 This college is in a heritage building. Students like Dr. Manmohan Singh, former Prime Minister of India Graduated from here. A pride of Amritsar, try to visit with permission from the authorities. This place is Indian heritage and has maintained the same stature thought the years. Among all the things to do in Amritsar, this is surely the most unique and enlightening. 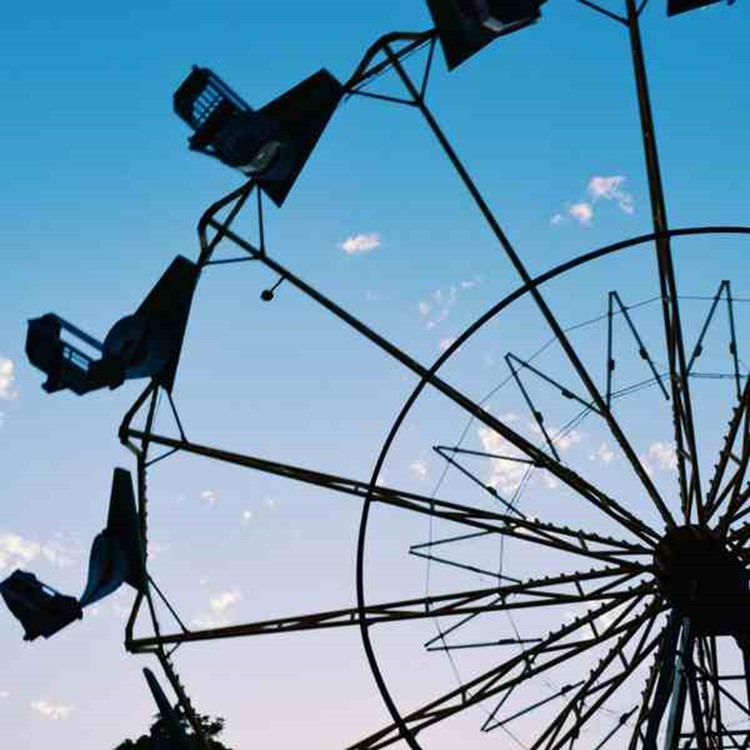 It is an amusement park Opened in 1997 in Amritsar which has many normal and water based rides and is a perfect location for some thrill and fun for all ages.