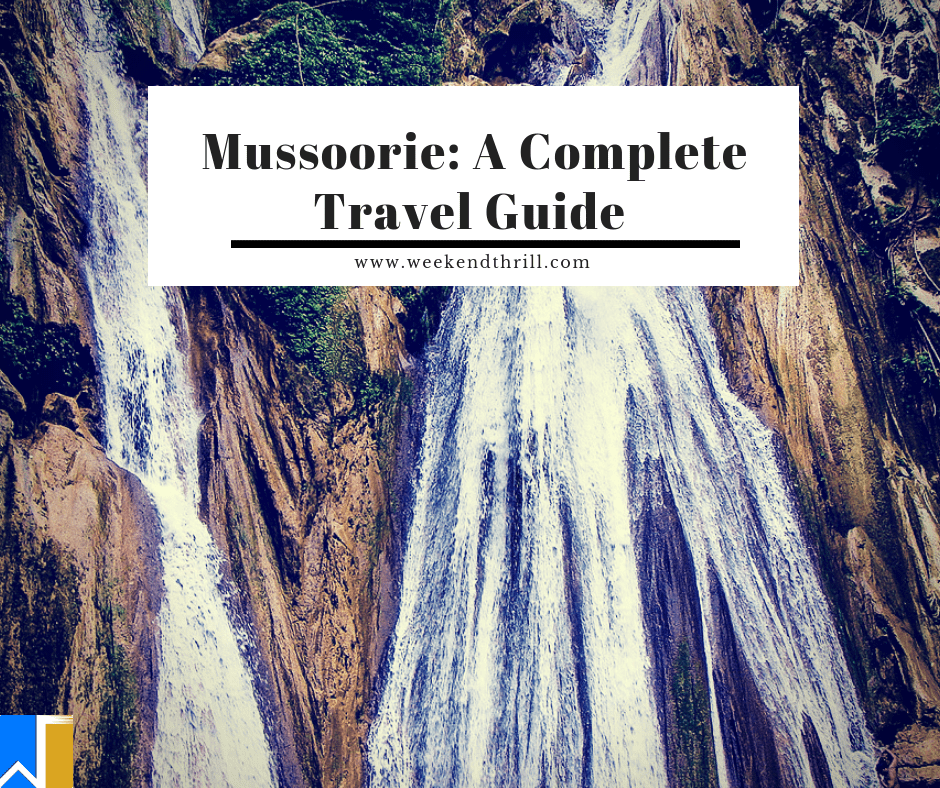 Perched on a ridge 2 kilometers high, the ‘Queen of Hill Stations’ vies with Nainital as Uttarakhand’s favourite holiday destination. When the mist clears, views of the green Doon Valley and the distant white-capped Himalayan peaks are extraordinary, and in the hot months the cooler temperatures and fresh mountain air make a welcome break from the plains below.

Mussoorie was founded by Lt. Fredrick Young, an adventurous soldier from the East India company who once came here to hunt. He was completely enamored by the beauty of this place and decided to build a hunting lodge here in 1823. He raised the first Gurkha Regiment and planted the first potatoes in the valley. His tenure in Mussoorie ended in 1844 and he served in other parts of the country.

The name Mussoorie is often attributed to a derivation of ‘mansoor’, a shrub which is indigenous to the area. The town is often referred to as ‘Mansoori’ by most Indians. In 1850’s India’s first beer brewery was set up at Mussoorie and by 1894 there were 24 breweries set up. Mussoorie today has an increased development of hotels and tourist lodges, given its relative proximity to Delhi, Ambala, and Chandigarh and has evolved into a popular tourist destination.

Geography and landscape of Mussoorie :

Stretching over an area of 65.25 kilometers this picturesque hill station is bounded by the snowy Shivalik ranges on the southern side and the Doom valley on the North eastern side. Adjoining towns like Landour, Jharpini and Barlowganj are also included in the geographic limits of Mussoorie forming the greater Mussoorie.

The highest peak of Mussoorie is Lal Tibba peak which is based at a height of 7,500 feet above sea level and it provides the best spot for sightseeing. Mussoorie is well connected to the national capital of India, New Delhi and it also functions as a gateway to the Gangotri and the Yamunotri shrines which are a popular Hindu pilgrimage destination.

Climatic conditions in Mussoorie are cool and pleasant all year round. Summer months remain the as the most favorable months to visit Mussoorie as the hill station provides a retreat from the extreme hot temperatures of the plains. The maximum temperature rises to 30 degrees and the minimum temperature recorded is 10 degrees. This favorable climatic conditions provide an ideal visit to this hill station in the summer months.

Generally winter months are very cold and also experience snowfall. The nights experience a drop to 1 degree and the days experience a temperature of 10 degrees. This place experiences heavy downpour of rainfall in the monsoon months with sheets of mist filling the place.

How to reach Mussoorie :

Mussoorie does not have an airport, so the only way to reach Mussoorie by air is to reach Dehradun by and by taking a public or a private transfer from Dehradun to Mussoorie.

Dehradun has its own airport called as the Jolly Grant airport. It is situated at a considerable distance from the city of Dehradun and it takes almost about 40 minutes by a cab to reach the airport from the city.

Flights from Lucknow, Delhi, Trivandrum and Mumbai ensure considerable traffic in the airport. Dehradun is well connected to the rest of the country. Air India, Spicejet and Jet airways offer economical flights to Dehradun.

Dehradun is connected to the national capital of Delhi which is at a distance of 235 kilometers. Chandigarh is only 185 kilometers from Dehradun and many public transits are available to reach Dehradun from all the major cities across India. Regular busses from Delhi, Agra, Kullu, Shimla, Chandigarh and Lucknow makes sure that there is no dearth of connectivity of Dehradun across the country.

Things to see and to do in Mussoorie :

Lal Tibba peak is the highest peak in Mussoorie with an upwards altitude of over 5 kilometers. The view from the peak encompasses all of Mussoorie and it’s beauty is beyond comparison.

Located at a distance of over 15 kilometers from Mussoorie, it is overly built an it remains as one of the most famous attractions in Mussoorie. There is also a man-made pool made here, where kids and adults can jump in and enjoy a leisurely and a fun filled swimming session.

About 5 kilometers before Kempty Falls on the Mussoorie-Kempty road is Lake Mist, through which flows the Kempty river with its numerous small waterfalls. The misty river view is a must visit attraction.

Frolic in the Nahat Estate :

Previously known as “Childer’s Lodge”, Nahata Estate is a property of more than 300 acres, owned by the Harakh Chand Nahata family. It is the highest peak of Mussoorie near Lal Tibba with mountain views.

Happy village is a small village which is inhabited by 5,000 strong Tibetan refugees. Happy village is the first Tibetan settlement in India. The range of the valley lies on the western side of Library Point and prompts the Cloud’s End, a place where land fringes of Mussoorie end. Visit Happy village to get a taste of Tibetan culture that is still strongly instilled in this village.

The most famous promenade in Mussoorie, The Mall road is the biggest and the most popular attraction. Stretching from The Picture Palace till the at the east to the Library at the west, the Mall road offers some of the best view in all of Mussoorie.

Shop at the Himalayan weavers :

The Himalayan weavers are situated on the way to Dhanaulti from Mussoorie. Himalayan weavers use fully natural ingredients and methods to produce some of the most beautiful  hand-woven shawls, stoles, scarves and throws of wool, silk and pashmina.

Mussoorie offers many choices when it comes to food. It offers a mix of different cuisines and options that range from street side joints to fast food chains. There are several multi-cuisine restaurants here and almost all hotels have at least one of these so you can be assured of getting your favorite dish. Tibetan food is also available due to the large population of Tibetan refugees inhabiting the land.

Here are some of the restaurants that offer the most authentic and delicious food in Mussoorie.

Where to shop and what to buy in Mussoorie :

Mall road market is also called as The Mall and it is the busiest shopping hub in all of Mussoorie. Vendors here sell everything from apparel to electronic goods.

This is a good place to buy cheap and colorful apparel. It is located at the mall road. This market also sells souvenirs and electronic goods at a very low and a very reasonable price.

It is located at a very strategic position in the Mall road near the Mussoorie bus stand. The bazaar is arranged in a circular path and has many shops selling things ranging from apparel to souvenirs. A shopper’s delight, this market has many traditional items for sale as well.