India is a vast country which has diverse geographical features and is highly rich in flora and fauna. There are a large number of famous wildlife sanctuaries found here which acts as beautiful tourist spots visited by people for short vacations. These sanctuaries provide shelter to the endangered species of the world. The national parks play a big role in spreading awareness among the people and is also available as a weekend getaway widely visited by families and nature and animal lovers.

Bandhavgarh National Park is spread over an area of 105 sq km at the Vindhya Hills within the districts of Shahdol and Jabalpur in Madhya Pradesh, India. The Bandhavgarh National Park is known for Royal Bengal Tigers. The density of tiger population at here is highest known in India. Bandhavgarh is counted among the best places for wildlife safari in India due to the presence of striped cats and other animals. Khajuraho – 275km is the nearest airport to reach Bandhavgarh. Katni is the nearest railway station, located at a distance of 120km. Bandhavgarh is well connected to all the major cities of Madhya Pradesh. 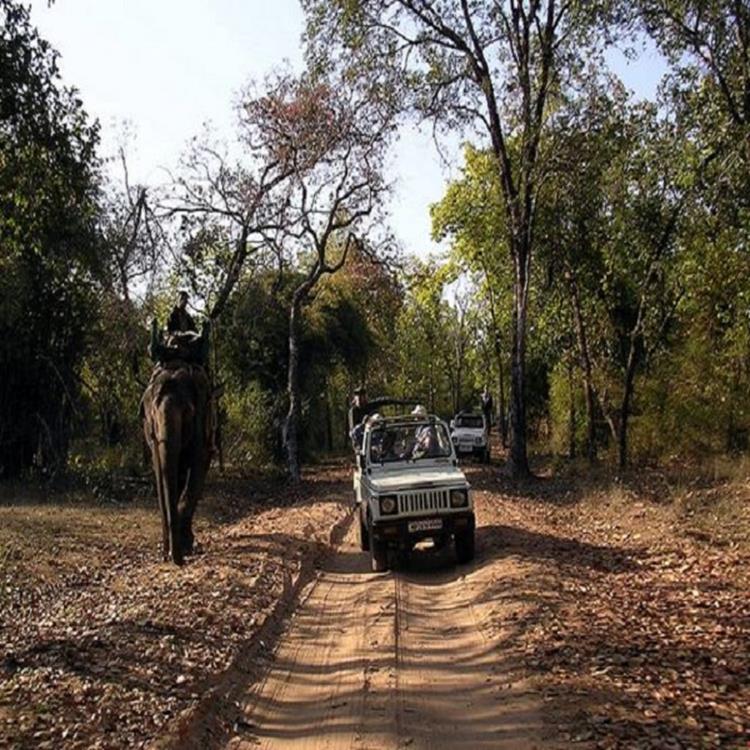 The Jim Corbett National Park established in 1936 was Asia’s first national park. It is situated at the foot hills of Himalayas spread in the districts of Nainital and Garhwal in Uttarakhand, India. The Jim Corbett National Park is famous for the most furious member of the cat family- Tigers but it is also a habitat for animals like Sloth Bear, Himalayan Goral, Elephant, Leapord and Hyena. The nearest airport to this national park is Delhi airport at a distance of 295 km. The closest railway station is Ramnagar Railway Junction at a distance of 12 km to the national park. It is well connected to all the major neighbouring location including Nainital (66 km), Ranikhet (112 km), Delhi (260 km) and Lucknow (145 km). It is one of the best places for a short weekend vacation. Jeep Safari and Elephant Safari is best to move around within the National Park for watching nature and wildlife. 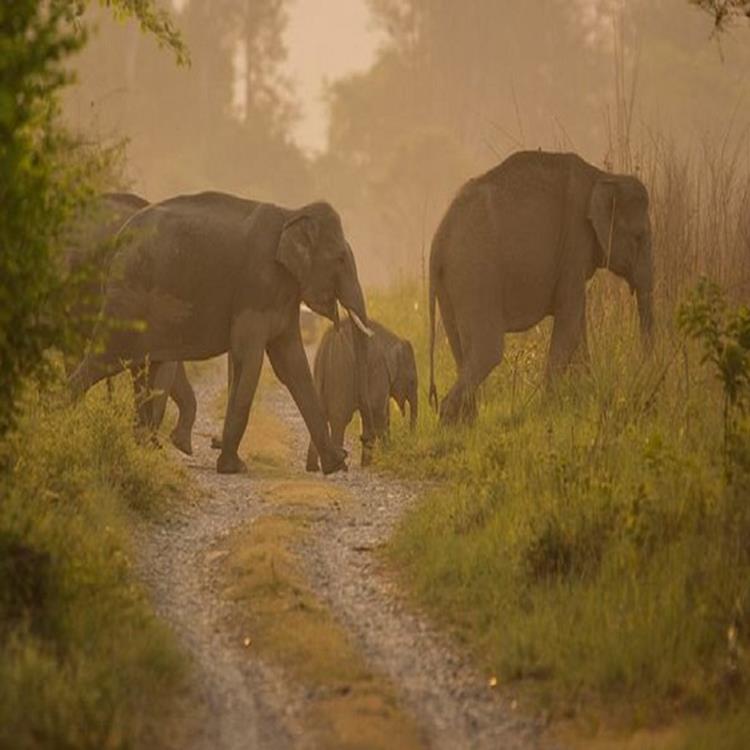 The Ranthambore National Park is one of the biggest and most famous nation park in Northern India. The park is located in the Sawai Madhopur district of Rajasthan, India and spreads over an area of 392 sq km. This national park is mainly famous for tigers who are easily spotted during the day time. Besides tigers the other wildlife attractions include Sloth Bears, Wild Boars, Sambar and others. Nearby airports include Jaipur and Kota. The railway stations located near the park include Delhi (362 km), Agra (227 km),Mumbai (1027 km), Kota (102 km) and Jaipur (132 km). Distance by road includes Delhi (480 km) and Jaipur (180km). 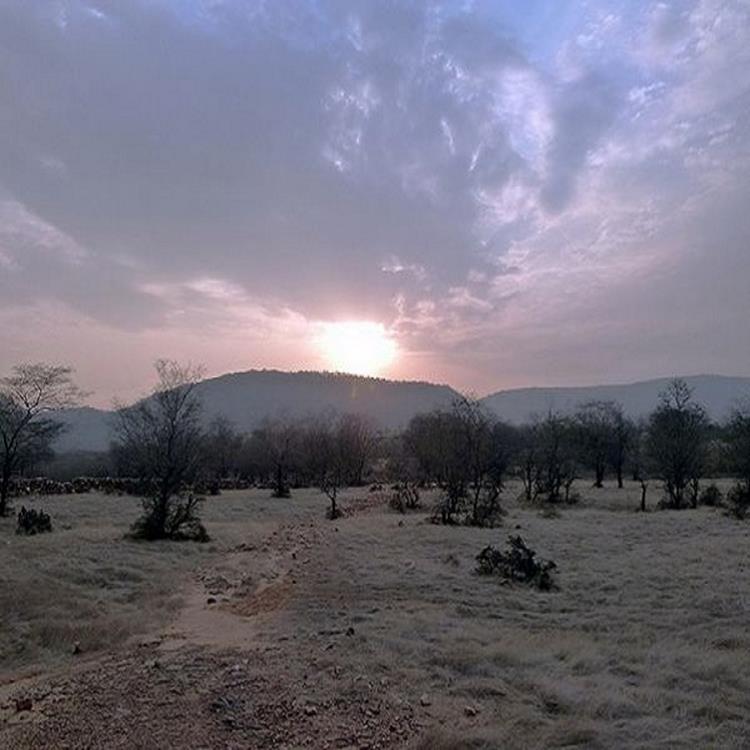 The Sundarbans National Park is located at the southern eastern tip of the 24 Paragana district in West Bengal, India. This national park is the world’s largest cover of the Mangroves and has India’s largest tiger reserve. This national park is home to a large number of wild creatures other than tigers which include Leapord, Indian Rhinocores, Javan Rhinocores , Swamp Deer, Hog Deer, and Water Buffalo. However, the Sundarbans National Park is not easily accessible. The nearest airport is in Kolkata and the nearest railway station is Canning. 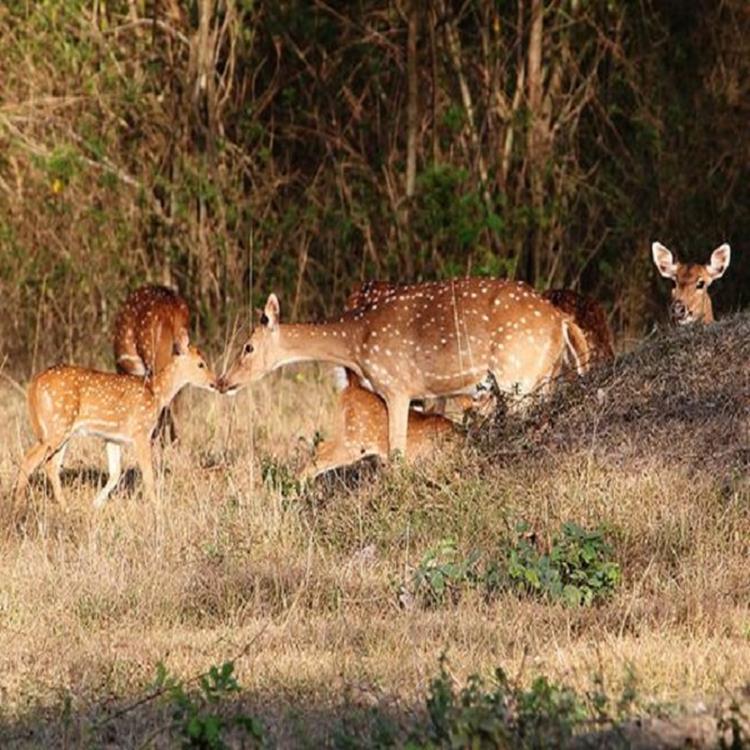 The Kanha National Park came into being in 1955 and this place inspired Rudyard Kipling to write the famous “Jungle Book” and therefore the animals found here are also within his novel including Bagheera (black panther), Baloo (bear), Kaa (python), Hathi (elephant) and Sher Khan (Bengal tiger).The Bamni Dadar, which is popularly known as the Sunset Point is one of the most beautiful location of the national park. Nearest airport is the Jabalpur airport (170 km). The railway stations close to the national park is Bilaspur, Jabalpur, Raipur, Nagpur. On the National Highway 7 connects the major cities of Madhya Pradesh to Varanasi and Kanyakumari. This is a beautiful place for a weekend trip 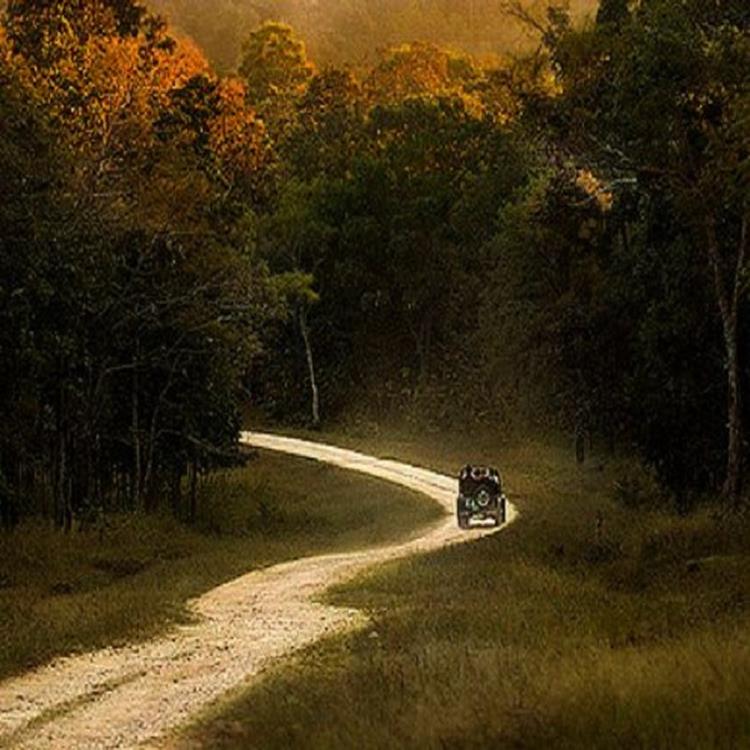 The Kaziranga National Park is famous for the great One Horned Rhinocores and also has the highest density of tigers among the protected areas. It is situated in the north eastern part for India in the district of Golaghat and Nagoan in Assam and was created in 1904. Other animals found here include Elephants, wild water buffaloes and Swamp Deer. Kaziranga National Park is one of the prides of India and was declared as a World Herritage Site by UNESCO. It is one of the best tourist spots of our country and is a beautiful place for a weekend getaway. Elephant safari and jeep safari are available for the visitors to move within the national park. The nearest airport is in Jorhat in Assam which is 74 km from the national park. The nearest rail heads are located in Helem (30 km), Jorhat (90 km),Fukerting (75 km) and Guwahati(200 km). Kaziranga can be reached by NH37 and the nearest bus stop is at Kohara. 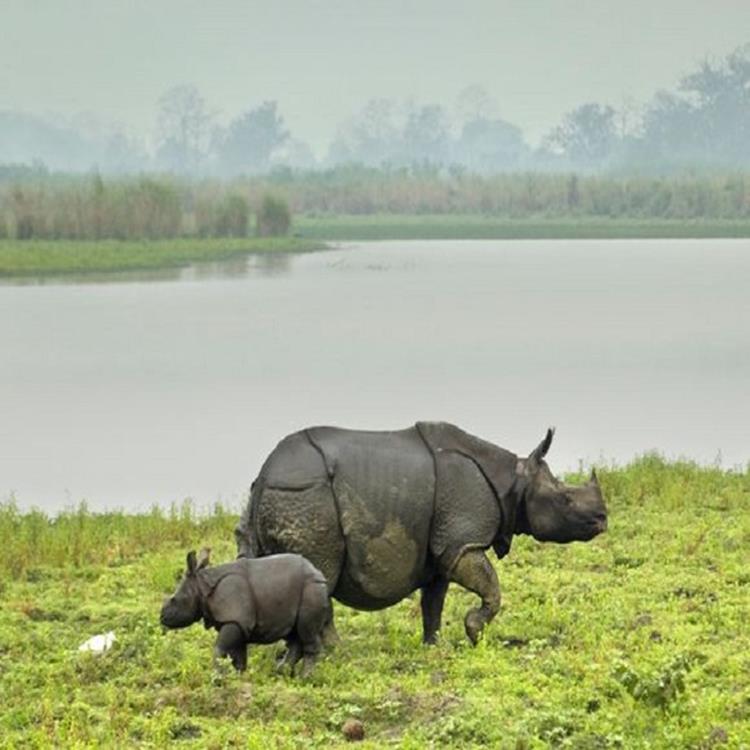 The Gir National Park is situated 65 km south east of Junagarh District in Gujarat,India. Besides Africa this is the one place where lions can be spotted roaming free in the wild. The animals which can be found here include Asiatic Lion, Leopards, Sambar, Jackel, Heyna and Indian Fox. Even large marsh crocodiles is found here in large numbers. The closest railway stations are Sasan (40 km) and Rajkot (140 km). Dui airport is the closest to the Gir National Park. Buses and taxis are available from Dui which is 2 hours away from the national park. 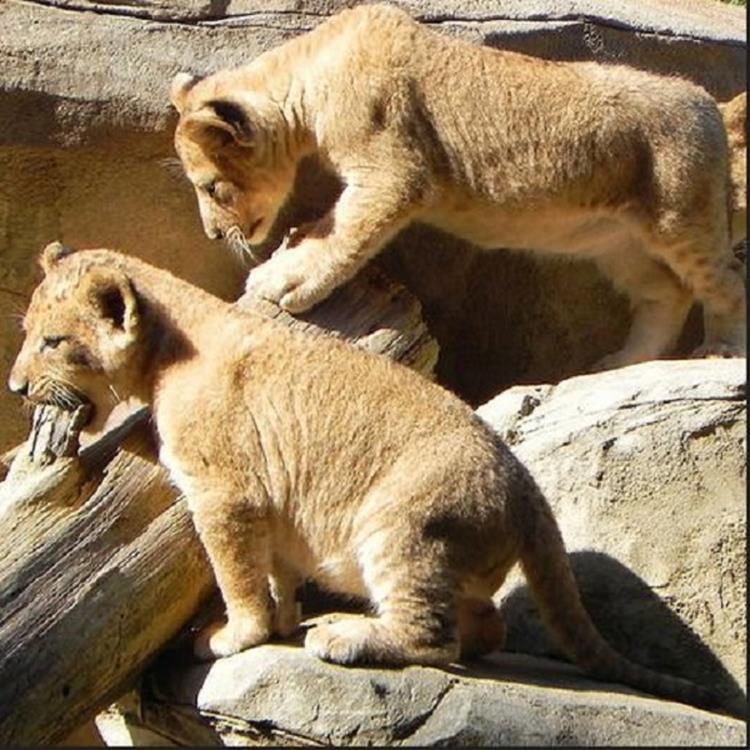 The Pench National Park is located in the southern part of the Satpura Hills in the district of Seoni and Chhindwada in the states of Madhya Pradesh and Maharastra. The core area of the national park is 299 km and can be covered by jeep safari and elephant safari. There are over 1200 species of plants and this national park has the highest density of herbivores in India. Chital and Sambar are abundantly found here. Other animals found here include tigers, leopards, sloth bear, wild dog, barking deer and many more. The nearest airports are at Nagpur and Jabalpur. The nearest railway station is at Nagpur city (105 km). 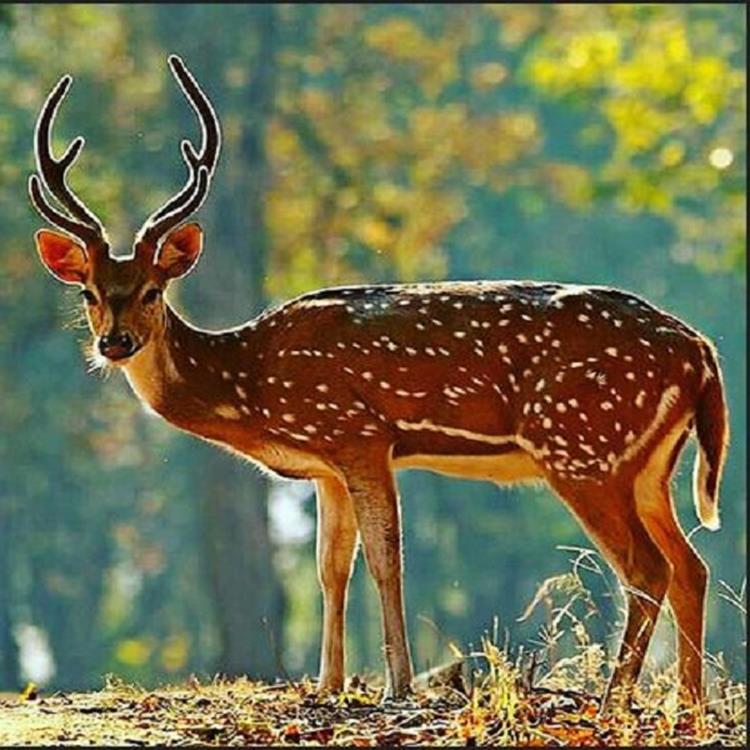 The Satpura National Park is located in the Hoshangabad District of Madhya Pradesh, India. It was established in 1981 and covers an area of 1427 sq km. This national park is home to aminals like Black Buck, Wild Dogs, Leopard, Indian Bison, Malabar Giant Squirrel, Crocodile and various other animals. The nearest airport is at Bhopal city which is 200 km from the park. Nearest railway stations are at Itarsi, Sohagpur,Pipariya, Hoshangabad. To travel within the park large cars are recommended. To enjoy nature and see the various animals this national is perfect for a short trip. 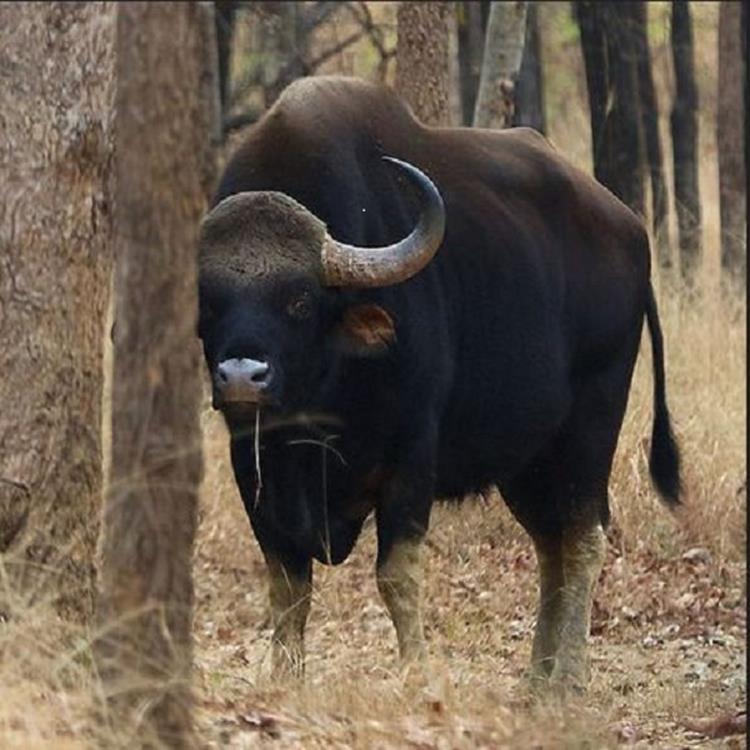 The Periyar National Park and a wildlife sanctuary is located in the southern part of our country in the state of Kerala. The park cover 357 square miles of land and it lies in the middle of the Cardamom Hills. There are more than 171 species of grasses found in this park. Elephants and tigers are abundantly sighted here – about 24 Bengal Tigers are found here. Safaris which are available to have a look in the sanctuary are elephant safari, jeep safari and boat cruise at Periyar Lake. The nearest airports are at Madurai and Kochi. Buses are available from Thekkady which is well connected with all the other states of our country. Nearest railway station is located in Kottayam which is 114 km away from Thekkady. This is a beautiful place available in the southern part of our country which can be visited by families during weekends. 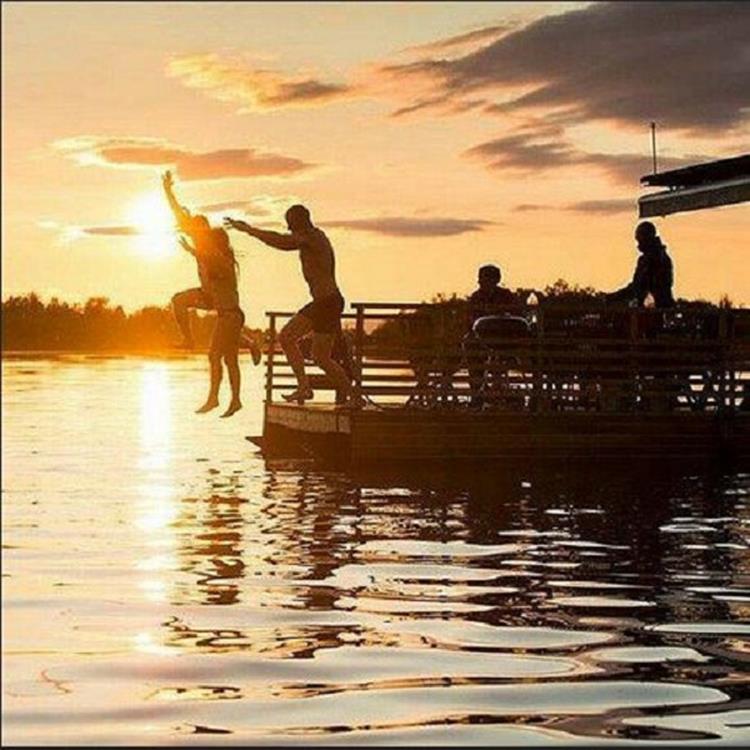