India is the land of mountains and peaks. Himalayan treks are known all over the world, for its adventure, thrill and excitement. Trekkers choose Himalayas trek for getting a memorable experience. For many it is a lifelong memory to trek among the highest peaks of the world.

Himalayan treks you should definitely visit

Below is the list of the top Himalayan treks 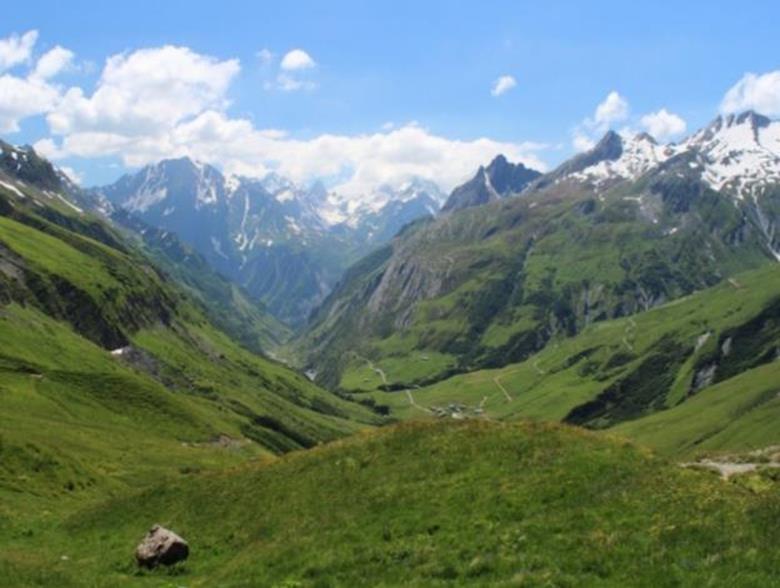 Triund is one of the more famous treks in and around Dharamshala. Situated at an altitude of a little over 3,000m, Triund is particularly famous among amateur trekkers as a weekend destination. Not only Delhi, it is also very accesible from Punjab and Haryana.

Triund is around 500kms from Delhi. One can take an overnight bus to Dharamshala from Kashmere Gate ISBT. Upon reaching Dharamshala, private as well as shared cabs along with local and state buses ply in abundance all the way to McLeodganj, which is all but an hour away from Dharamshala.

The hilltop has a couple of vendors which serve lunch and dinner, along with tea and snacks. However, it is advisable to carry light food-items with yourselves since the charges are quite expensive at the top (Rs. 70 for a bowl of Maggi!). 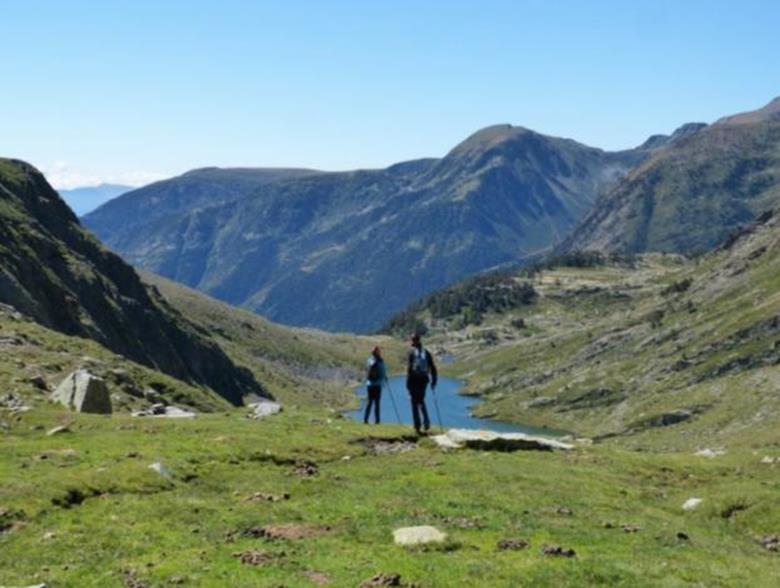 Kheerganga trek lies amidst the green meadows and hot-springs of the Parvati Valley. Also known as the “Mini Israel of India”, the region is famous among the “hippies” and the “peace-seekers”. The region is mostly unexploited, though the tourist traffic has increased many folds in the recent years.

One can take an overnight bus going to Manali and deboard at Bhantur in the morning. Local transportation is available to nearby places like Manikaran Sahib (a holy Sikh Shrine with hot springs), Kasol, among others.

Kheerganga is a one day trek with easy to moderate difficulty. The route is filled with lush green forests and water sprinks every few meters. 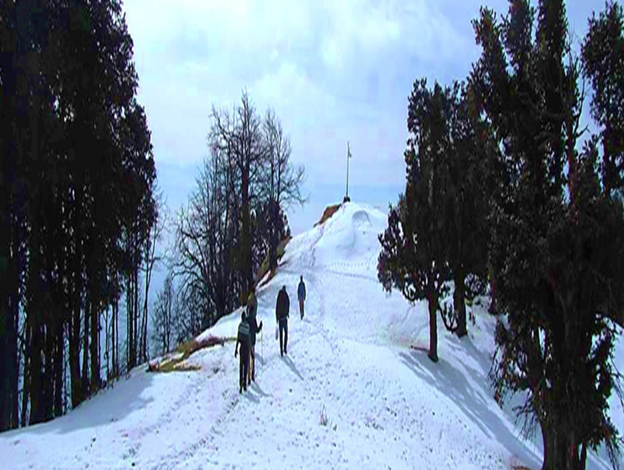 The Nag tibba trek lies near the beautiful hillstation of Mussorrie. It is situated near the state capital Dehradun.

Situated at a height of around 10,000 feet the highest point of the trek lies at the “Serpent’s peak”, which is also the highest peak of the Nagtibba range of the Garhwal Himalayas. One can enjoy the mesmerizing view of the Kala Nag peak, the Kedar Nath Peak and the Gangotri Peaks.

Reaching the trek is not an issue as one can take 6-7 hr bus or train from Delhi to Dehradun from where one can take cab to Mussorie than a jeep or so to Devalsari or Pantwari.

The trek can be intiated via two routes, the first one is from the Pantwari village situated 80 kms from Dehradun.The second route starts from Devalsari , situated 45 kms from Mussoorie, the Nagtibba peak can be reached only 11 kms from here. The Chopta Chandrashila trek is also one of the most loved places among amateur trekkers. The place is full of beautiful and mesmerizing views of the oak and deodar forests which offer immense peace to your eyes.

The place is situated at a height of 13,415 Ft .The trek offers an easy yet beautiful oath all over the journey to the chandrashila peak.

Once at the peak you can have the taking aback view of the nanda devi peak, kedar peak and chaukahnmba peak. The tungnath temple is one the most prominent lord shiva temple.

The place can be scaled from Delhi that is about at a distance of around450 kms. Can be reached via bus to rishikesh first, then from there a bus, private cab or a shared cab can be taken to the Chopta .

The place is not open through the year as it snows here a lot more then several feet of snow, the month except July and august are the best months to go for trekking at Chopta Tungnath. 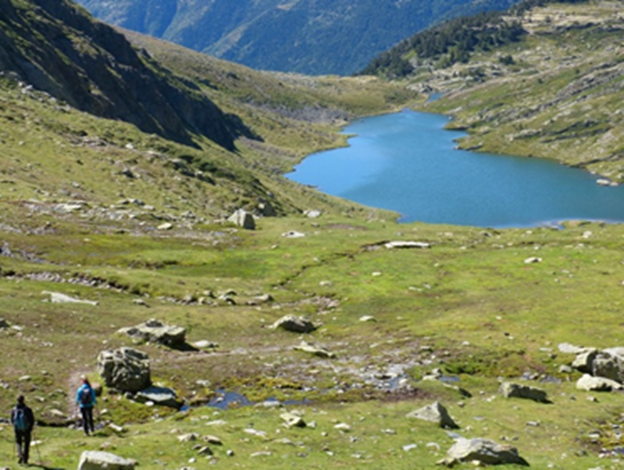 Situated at a height of almost 16,500 ft. above the sea level the roopkund trek is known to be one of the most enigmatic treks.

The lake named Roopkund is the prime spot that is to be scaled during this trek. It demands just some moderate hiking skills. The path is all the way through, the not so disturbed green lusty thick forests to the lake which is the epitome of the complete trek. This lake is most of the time of the year is in frozen state.

The way to the trek could be reached either by a bus or a flight to the nearest airport at the Pantnagar after where you can cover the left path through road.

The best season to visit this place is in between May to October. The place could be explored in 7-9 days. 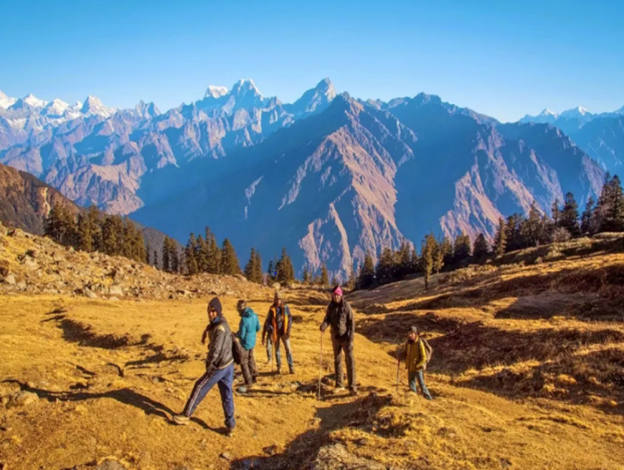 Situated at the heart of the Garhwal range of the Himalayas, it is one of the less travelled paths of the region and therefore is still untouched by the civilization, one can experience a plenty of scenic beauty that relieves one’s inner soul. The trek is almost at a height of 14,600 ft from the sea level.

The trek does not demand any high profile trekking skills and can be scaled easily by an amateur and is a must visit winter getaway, the thrill can be experienced for 5-6 days.

By taking an overnight bus or train from Delhi to reach Haridwar, from where the rest of the path can be completed by taking either shared cab or public transport to Joshimath.

This trek offers a mesmerizing view of the peaks such as Nanda Devi, Kamet, Trishul. The place can be explored during the months from December to march. 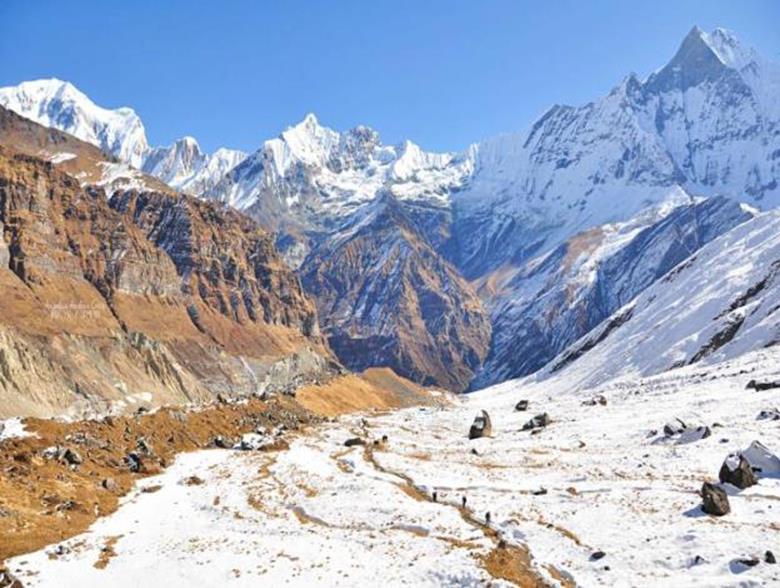 Situated at an altitude of almost 26,500 ft the Annapurna peak is the tenth highest peak in the world.

The Annapurna base camp trek is one of the most thrilling among the Himalayan treks. With a total distance of about 15 kms the trek offers you the mind boggling views of the snow laid mountains and breathtaking landscapes will take away your heart. One of the most sought destination to go for a week thrill outing with the friends.

Reaching Lukla in Nepal, via air or road, after which you can head towards Pokhara via cabs or the local transport. 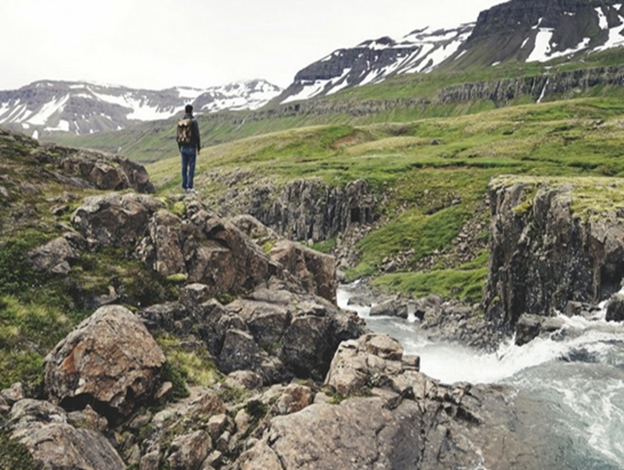 Situated at a hieght of almost 14,600 ft the Gangotri Tapovan trek is the best place for the extreme adventure lovers and for the people who love to face challenging tasks.

The trek also boasts of the Gomukh, the resemblence of a cow face, as a destination itself. It is the place of the UDGAM (initialization) of the holy Ganges River. The trek leads you to the most of the untouched locations of the place and thus the place still keeps its natural essence as it is still less touched place of the civilization.

Taking an overnight bus, from the nearest railway station i.e. Rishikesh, to Utarkashi and then a shared cab or local transport will lead to the foothills of the trek.

This trek demands a good confidence on oneself and requires a strong will to go forth, as the trek is almost of 5-6 days long and filled with a lot of challenging steeps and slopes along the way.

The best time to visit take the trek lies in between the months of April to June and august to October. 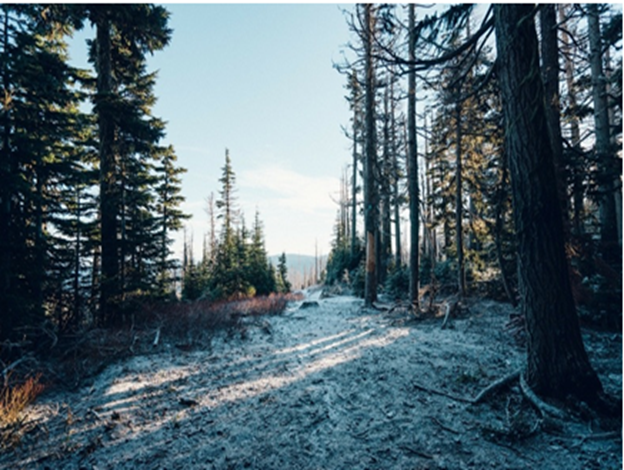 Situated at an altitude of 11,120ft the Chadar trek is for those who are challengers, the trek is a challenging one and also the temperature is one of the major concerns during the trek. BUT if u are confident enough to do the trek than you are going to experience one of the best phase of your life cuz the beauty of snow laden mountains will surely melt away your heart. It involves trekking over the frozen ZASKAN River in Ladakh!!!

A flight to Leh from any city in country can be taken, from where you can take on the road for the further journey forward.

The only time for the trek is in between the months of January and February. 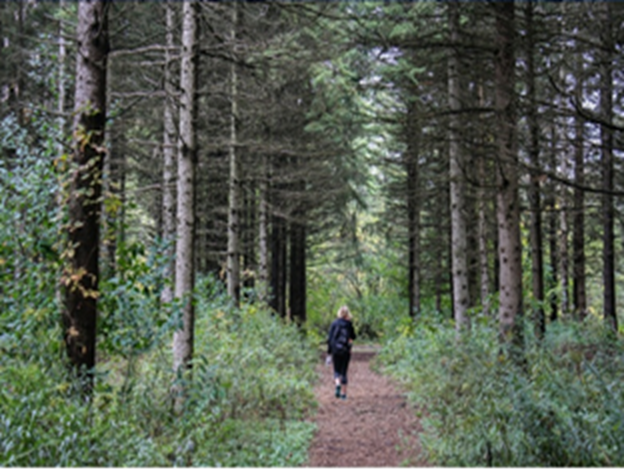 Situated at an altitude of 11,675ft in the Garhwal himalayas range the Har Ki Dun trek is a must sought winter getaway for a nice refreshment from the hectic work life of the cities.

The trek is one of the most untouched places in the region. Filled with the landscapes of the alpine forests, the snow laden mountains and the nice lushy green valleys are eye pleasing. This trek is also famous for bird watching activities too!!! The view of the Swargarohini and Juandar glaciers is also a famous attraction of the trek.

An overnight bus, train or flight can lead you to Dehradun from where you can hire a shared cab or take public transport to Sankri which is the starting spot as well.

The trek does not ask for any high profile trekking skills, an amateur can also do the trek at this place with ease.