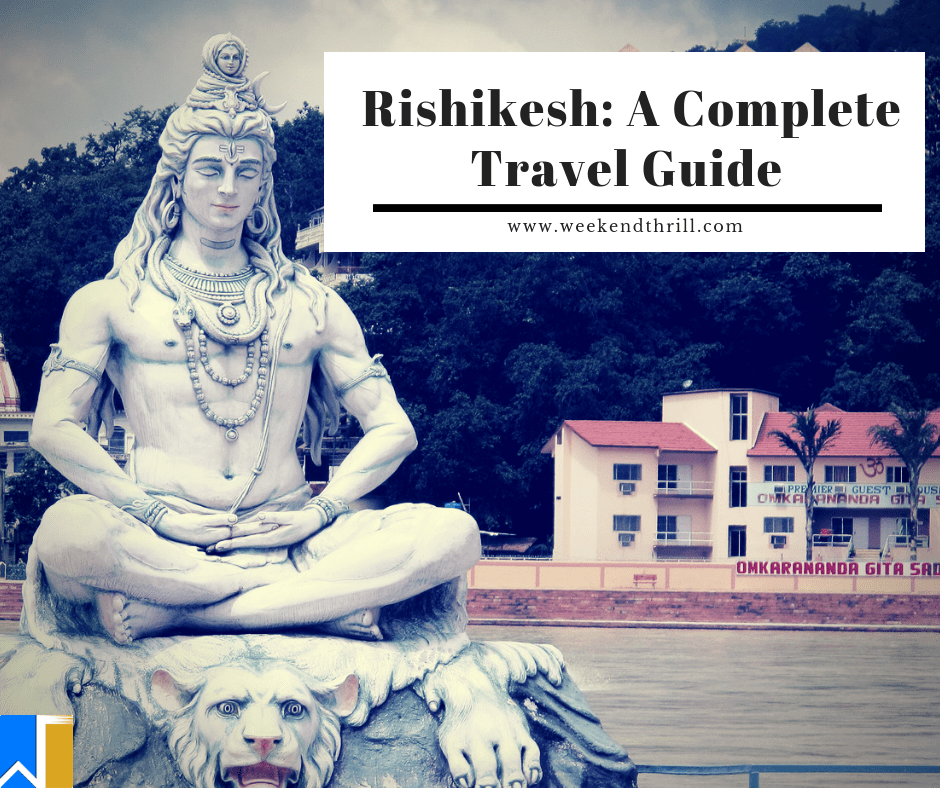 Rishikesh is a city located in the Dehradun district of Uttarakhand. Rishikesh is also called as the “Yoga capital of the world”. Located in the foothills of the Himalayan region, Rishikesh is often referred to as “Gateway to the Garhwal Himalayas”. It is a pilgrimage city and is also one of the most important holy places for the Hindus. The river Ganga; the holy river of India, takes its form near Rishikesh.

Rishikesh is the only destination that is equally popular for Yoga, pilgrimage and adventure sports. The arrival of the rock band, the Beatles, at the ashram of Maharishi Mahesh Yogi in late 1960s gave this quaint town visibility on the world map; and since then the place has grown into a hub for spirituality and yoga. The cackle of the Ganges, whispering of trees amidst the toll of the sacred bells with a backdrop of silver peaks of glaciated Himalayas, makes for a breath-taking environment befitting a spiritual experience.

The name of Rishikesh is a composition of the names of Hrishika and isa meaning “Lord of all the senses”. The name commemorates an apparition of Lord Vishnu to Rabhiya Rishi as the Lord Hrishikesha. Due to contemporary era, the name further change to Rishikesh, but the legend of the name is still remembered in the land, instilling it with its spiritual significance.

Rishikesh has been a part of the legendary ‘Kedarkhand’. Countless legends state that Lord Rama did his penance to kill the demon king of Lanka, Ravana here in Rishikesh. Lord Lakshmana, the younger brother of Lord Rama crossed the river of Ganges with a jute rope, which is now named as the Lakshman Jhula. This jute rope bridge is replaced with a better and a stronger bridge.

The sacred river Ganges flows through Rishikesh. Here the river leaves the Shivalik Hills in the Himalayas and flows into the plains of northern India. Several temples, ancient and new, are along the banks of the Ganges in Rishikesh. Shatrughna Mandir, Bharat Mandir, Lakshman Mandir are the ancient temples established by Adi Shankaracharya. Shatrughna Temple is near Ram Jhula and Lakshman Mandir is near Lakshman Jhula.

Geography and landscape of Rishikesh :

Rishikesh city is placed at Uttarakhand on the Tehri Garhwal area. Rishikesh city lies on the banks of river Ganga and is bounded by the Himalayas. Rishikesh is located at a height of 356 meters above sea level. It is situated at a distance of  25 kilometers away from Haridwar.

Rishikesh is located at a distance of 240 kilometers from the national capital of Delhi. Rishikesh is well connected by an extensive circuit of roads as it is the ideal starting point for the chota char dham pilgrimage circuit.

Rishikesh is located at a height of 372 meters. The climate of Rishikesh is influenced very much by its location at the foothills of Himalaya. The climate is very pleasant throughout the year for the travellers.

The summer season exists from March to June and the maximum temperature might be as high as 35 degree Celsius and as lows as 20 degree Celsius. Starting from the month of July, the Rainy season or the monsoon is experienced by the city and it is concluded only by September. Rishikesh receives moderate amount of rainfall throughout the year.

The winter season is very chilly and lasts for four months starting from October and ending in March. The average temperature is found to be around 8 degrees and always stays below the 20 degrees mark. The winters are the best time to visit the city.

How to reach Rishikesh :

Rishikesh has a well maintained train line and a railway station which connects it with the rest of the country. The Rishikesh railway station has trains coming in and going out from it at a regular frequency. Rishikesh also has trains that connect it with Haridwar; another important pilgrimage site in the Uttarakhand.

Rishikesh is located at a distance of 240 kilometers from the national capital of Delhi. Rishikesh is well serviced from Delhi and the other cities in Uttarakhand by a well maintained and an extensive network of roads. One can reach Rishikesh from Delhi in about 7 hours via the national highway 334. The roads in the hilly Uttrakhand region are well maintained so as to provide free movement from one place to another.

Things to see and to do in Rishikesh :

Take a dip in the holy Ganga :

The Holy Gange is the most holy river according to the Hindu mythology. The pure Ganga river which descends from the Himalayan mountains, is the pinnacle of purity. A dip in this pure lake will remove all the strains placed on your body and will make you feel refreshed and relaxed.

The Triveni Ghat is one of the most important holy places in Rishikesh. The name of Triveni signifies “The confluence of three rivers”. This place is has been blessed with an abundance of spiritual vibe.

Walk across the Lakshman Jhula :

Lakshman jhula was originally a jute rope bridge which was later replaced with an iron suspension bridge over the river Ganga. This is a famous landmark in Rishikesh, having a length of 450 feet, it connects the Pauri district with the Tehri district.

Neelkanth Mahadev is a sacred and a very famous temple of Lord Shiva in Rishikesh. It is located at a distance of 32 kilometers from the city at an altitude of 1,330 meters, scenically situated on a hill. It is a very famous pilgrimage near the city of Rishikesh.

It is one of the most famous centers for yoga in Rishikesh and the biggest ashram in India. Situated on the banks of the river Ganga, its existence has bloomed in the 70 years of its existence. The Ganga aarti performed on the banks of the river Ganga every night draws pilgrims from all over the place. The ashram accepts from without any regard to race, culture, gender and economic background.

Rishikesh is also a very famous adventure spot. People come in flocks to this place to take part in adventure activities. River rafting is one of the most famous activities. Rafting in the pure and cold river Ganga provides an intense experience like no other.

Jumpin heights is an adventure lovers haven. It is located in Mohan Chatti near Rishikesh. This place has a platform for bungee jumping which is located at an altitude of 83 meters. Other adventure activities include ziplining, big swing and it also has Asia’s longest flying fox trail.

Here are some of the restaurants which serve the most delicious food in Rishikesh :

Where to shop and what to buy in Rishikesh :

This is one of the most famous and the best areas for shopping in Rishikesh. The vendors here sell clothes, accessories, jewelry and spiritual things among many other things.

This is very similar to the Lakshman jhula market. There is another market in Swargashram which sells lot of traditional clothing, books, DVDs etc.

Clothes to pack to Rishikesh :

The best time to visit Rishikesh are during the months of mid-September to November and mid-February to April. The climatic condition of Rishikesh during these months are pleasant. Pack light clothes as Rishikesh has a moderately hot climate. As Rishikesh is a temple city, removal of footwear is compulsory to enter a temple. So, laced shoes or running shoes are impractical, so opt for sandals, flip flops and crocs.