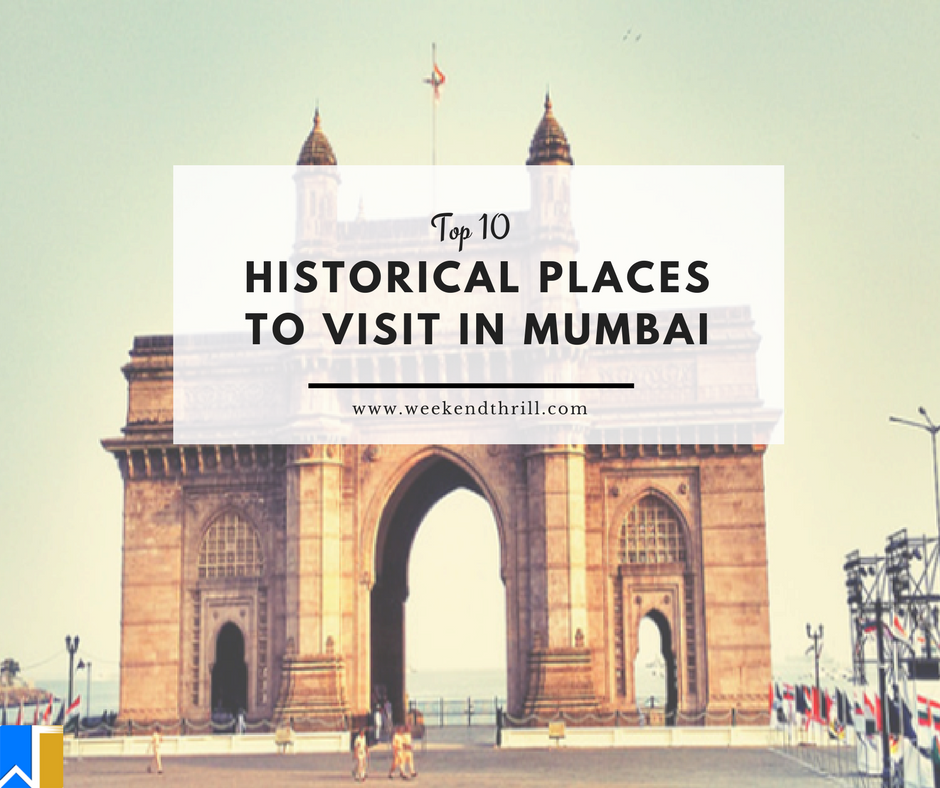 Though the city of dreams is soaring through the sky, it sure hasn’t forgotten its roots. The historical pedestals into the creation of Mumbai are still intact and well preserved. From prehistoric caves to British architected monuments, these sites usher you through the making of the city we see now. So here are top 10 historical places in Mumbai that will introduce you to the foundations of this city.

Here are top historical places to visit in Mumbai, which you should definitely visit