India is a vast country with diverse physical features for high altitude treks. It is also has a lot of places to visit and the presence of the Himalayas is an exciting vacation spot for all especially the young enthusiasts. Trekking is an adventurous journey undertaken by many youngsters nowadays which would leave them refreshed and rejuvenated and acts as a mode of relaxation from the busy and hectic lives.

The Snow Leopard Trek is popular for winter trek is located in Ladakh where one can enjoy the beautiful views of the Himalayas. It is located in the eastern part of Ladakh with an average elevation of 3000 meters and covers an area of 600 sq km in the valleys of Markha and Rumbak. Various endangered and rare species are sighted here like the Snow Leopard, Ibex, Blue Sheep, Shapo, Tibetian Hare and others. It would take around 13 days to complete this trek with the temperature ranging from -5 degrees to -10 degrees Celsius which would definitely be quite challenging. The only way to reach this place is by airways and the nearest airport is in Leh City. 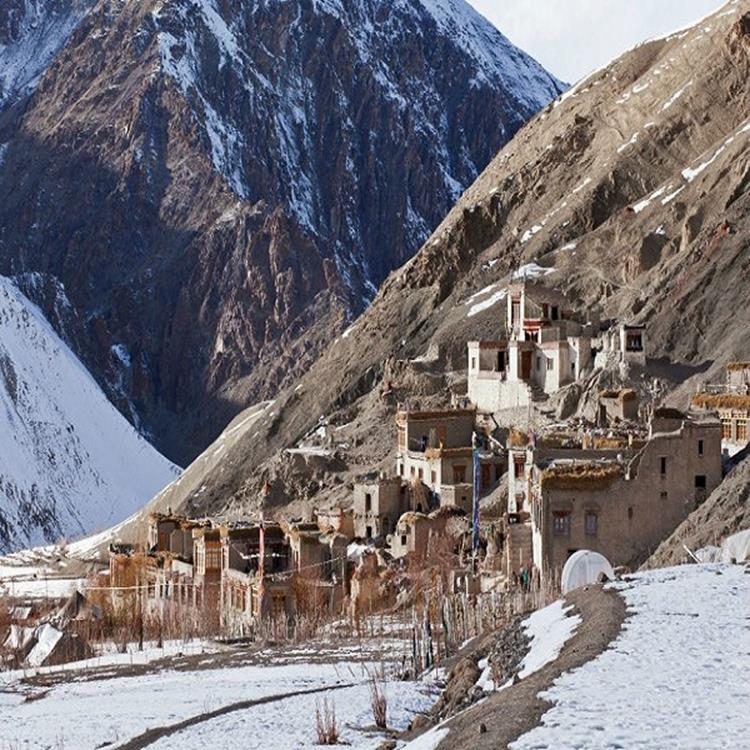 The kauri pass was first reached by Lord Curzon in 1905 and is located in the Garhwal Himalayas, the twin peaks of Nanda Devi, Kamet, Dronagiri, Trishul, Bertholi, Hathi Ghodi Parvat, Mana, and Neelkanth peaks. The approximate trekking area would be 33km and it would take around 6 days to cover the entire area. The difficulty level is easy to moderate and can be covered by most individuals. The nearest railway station is at Haridwar and the nearest airport is at Dehradun.

Best time to visit- Throughout the year except for monsoon. 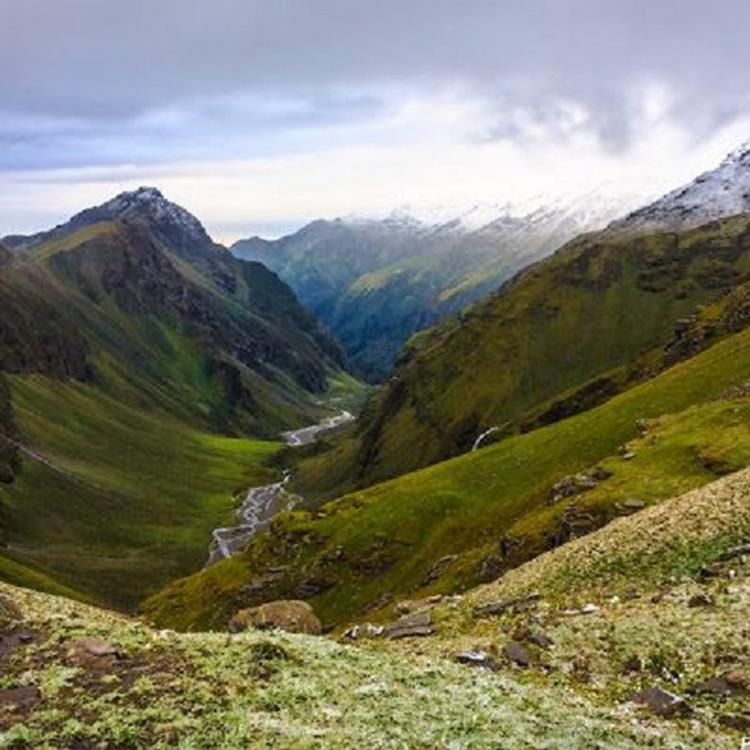 The Chadar Trek is a popular trekking destination located in the Ladakh district. The trek is over the Zanskar River which lies frozen during the winter and the frozen ice can be crossed in the month of February. The frozen river trek begins from the small village of Chilling from where Zanskar River begins to freeze. It would take around 8 days to cover this trek of about 75 km. The highest peak is about 11,123 ft and the difficulty level is quite high. The nearest airport is at Leh and this place cannot be reached by roadways. 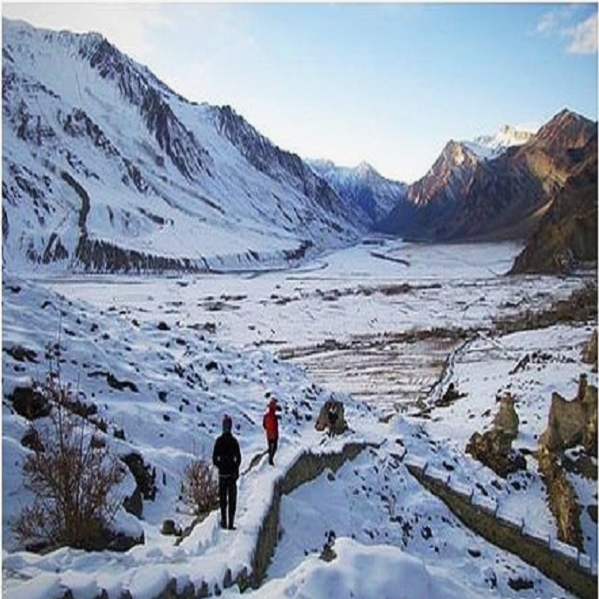 This is one of the most popular treks in Ladakh and this trek includes two high mountains Kang Yissay(21000 ft) and Stok Kangri(20086 ft). The Markha Valley Trek is also known as ‘tea house trek’ as accommodation in parachute tents is found here in most of the villages. The total trek to be covered is 75km and here the difficulty level is quite high. The nearest airport is in Leh and it would take about 9 days to complete this trip.

Best time to visit- May to July

The Pin Parvati Pass is located in the beautiful western Himalayan region covering a total area of 110km. The Pin valley trek is located at an elevation 5319 meters and is known as a very tricky pass as it falls on high altitude and covered under frozen snow mountain almost throughout the year. Rainfall is uncertain in this region. It would take around 11 days to cover this entire region. The nearest airport is at Bhuntar and railway station is at Pathankot. The difficulty level of the trek is quite high and can be undertaken by young enthusiasts. 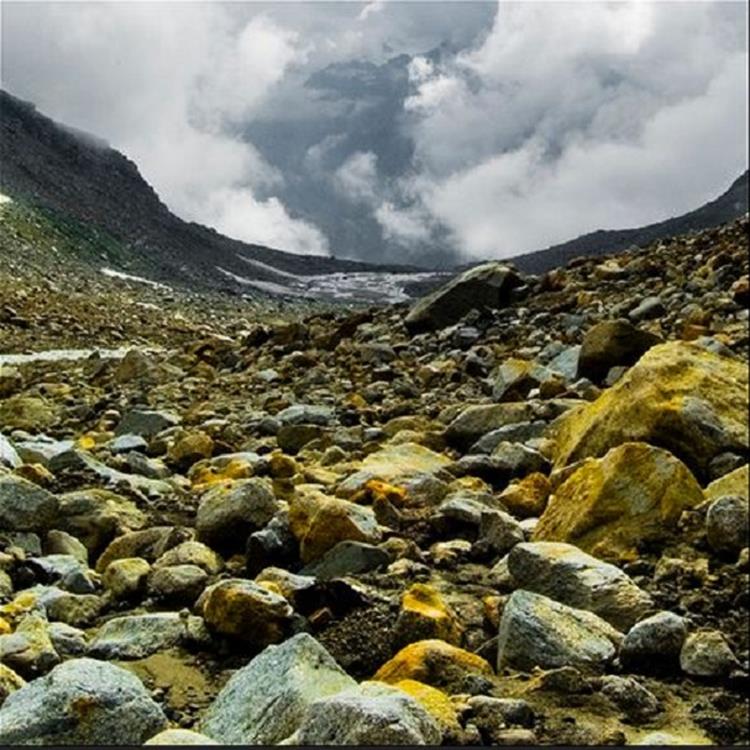 Auden’s Col is one of the high altitudes passes in the Garhwal Himalayas that connects the Rudragaira valley and Bhilangana valley. It is set at an altitude of 5490 meters and is one of the toughest treks of the Garhwal region. It would take around 16 days to complete this trip and would definitely act as a refreshing experience for the ones undertaking this journey. The nearest airport is in Delhi. 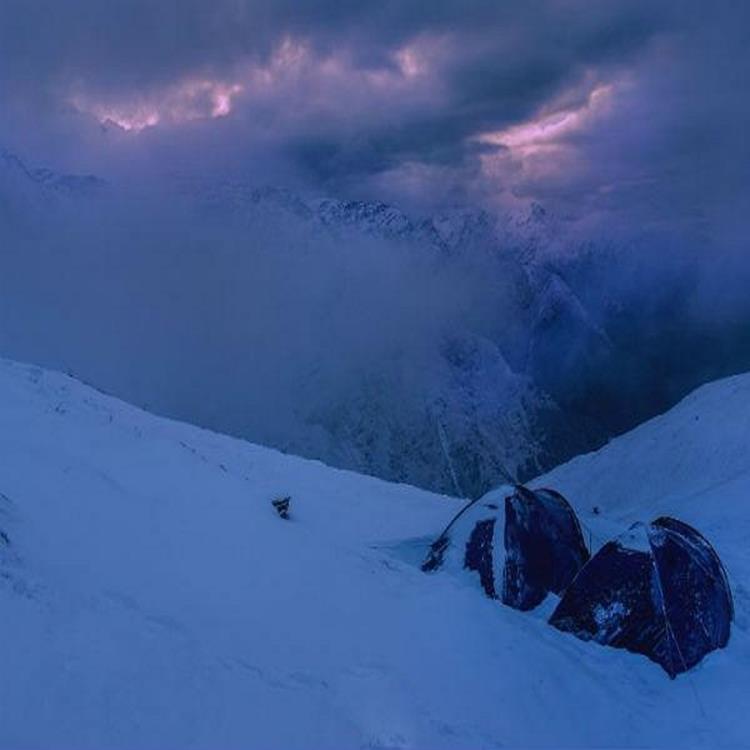 Stok Kangri is the highest trek summit in India and has an altitude of 6153 meters. The temperature varies from -20 degrees to 10 degrees and the total area to be covered during the trek is 40 km. This is quite an adventurous trek which would totally refresh the ones experiencing them. The difficulty level of this trek is also quite high and would take about 4 to 5 days. The nearest airport is at Leh.

The best time to visit- July to Mid- September 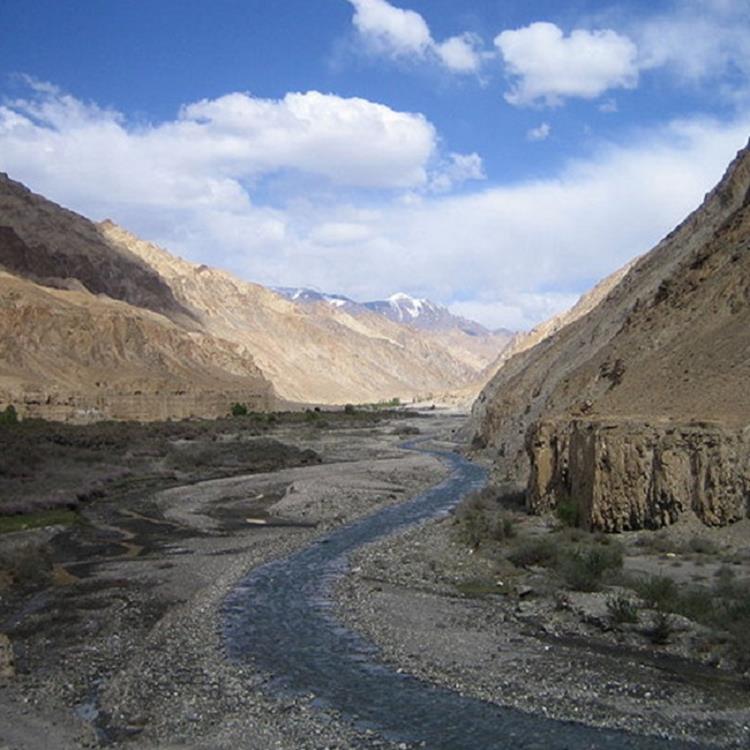 Source- The Great Next

The Goecha La is located in the state of Sikkim at 16,200 ft with the mighty Kanchenjunga peak being the best Himalayan peak stealing the show. The approximate trekking area of this region includes 90 km and can be covered in about 11 days. This is one of the most popular and beautiful places to be visited during vacation especially by young individuals and the difficulty level is between moderate to difficult. The nearest railway station is at New Jalpaiguri and the airport nearest to this region is Bagdogra.

Best time to visit- April to May and September to November. 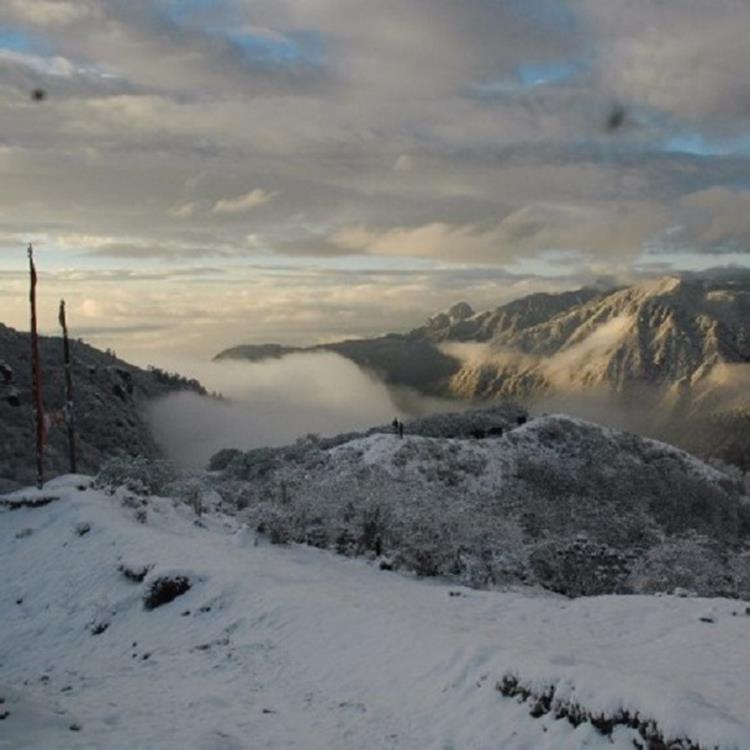 Nanda Devi is India’s second highest peak located at a height of 7816 meters. The trek to Nanda Devi base camp leads to an altitude of approximately 4200 meters and is one of the most difficult treks in the Indian Himalayan region. It would take about 18 days to cover this trek and the nearest railway station is at Haridwar.The nearest airport is at Delhi and Haridwar can then be reached by train or by road.

The best time to visit-April to June and September to October. 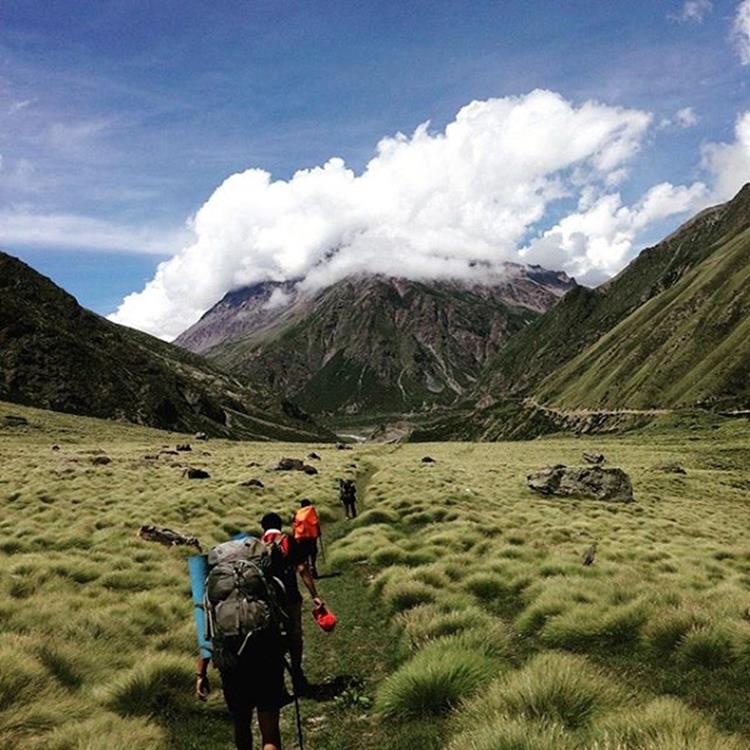 The Roopkund Lake trek also known as the ‘Mystery Lake’ is the most popular among all the high altitude trek regions in India and also it is the most beautiful among them. It takes around 8 days to cover this trekking area starting from 8000 ft to 16000 ft, being its highest point. The approximate trekking area would be about 58 km and the difficulty level varies from being moderate to difficult. The railway station nearest to this region is Kathgodam Railway Station.

The best time to visit- May to June. 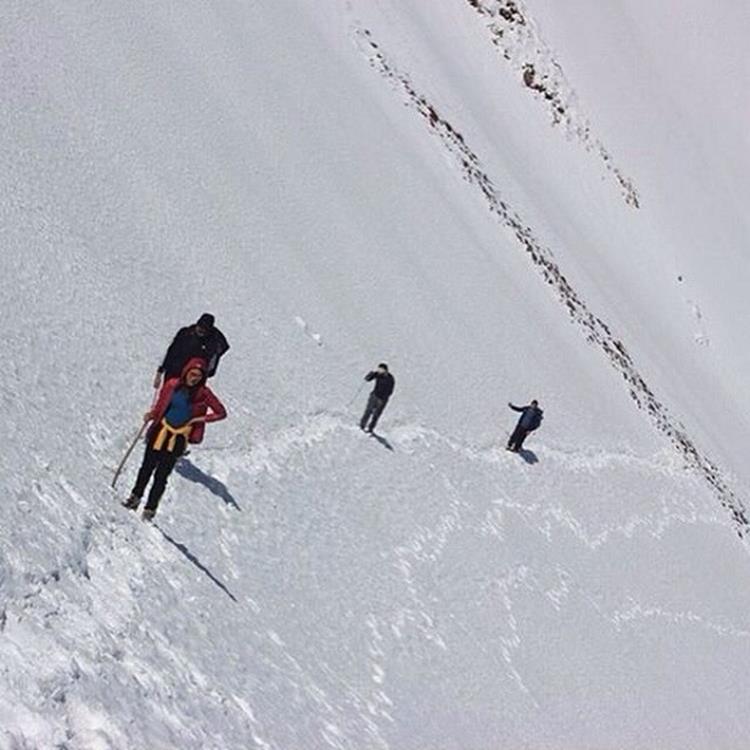 The Hampta Trek Pass is located in Manali in the state of Himachal Pradesh. The cold climate and beautiful mountains makes Himachal Pradesh one of the most toured states of India. The Hampta Trek Pass is considered the easiest and the most convenient of all the treks in Himachal Pradesh and it would take around 5 days to complete this trek and is a perfect destination for a short and adventurous trip. The total trekking area includes 26km and the highest altitude is 14100 ft.The nearest airport is at Bhuntar which is 52 km from Manali and Manali is also well connected to Delhi so roadways is also an option. 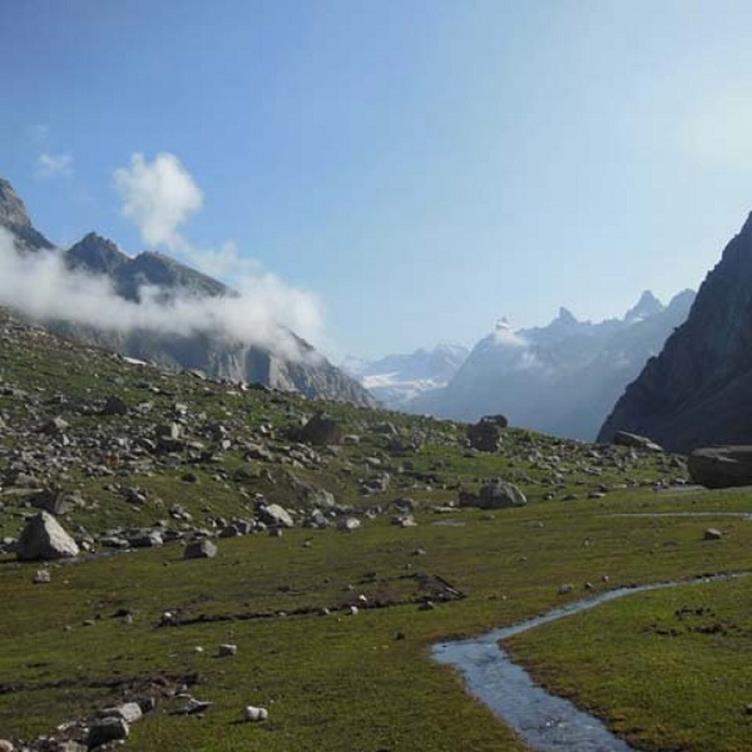 The Khatling Glacier Trek is located in the Garhwal Himalayas of Uttrakhand alongside Bhilangana river valley with its source at the Khatling Glacier- the point of emergence of river Bhilangana. The highest altitude in this region is 3900 meters and it is an adventurous trek as the difficulty level is quite high. The total trek can be completed in about 18 days. The Bhilangana Valley is a beautiful place for stay and its meadows become valleys of flowers during summer and monsoon. The nearest airport is at Delhi and can Delhi can be reached by train and by road.

Best time to visit- April to May and September to October.

Pindari Glacier Trek is a beautiful place and can be covered in a short time span of 6 days. This glacier is situated in the Bageshwar district of Uttrakhand between the snowcapped Nanda Devi and Nandakot mountains.Pindari Glacier is located at an altitude of 3,353 meters above the sea level. This trekking region is of moderate difficulty and is, therefore, a perfect destination for first timers and enthusiasts. The nearest airport is at Patnanagar about 205km from Bageshwar. The nearest railway station is Kathgodam railway station, 171 km from Bageshwar. 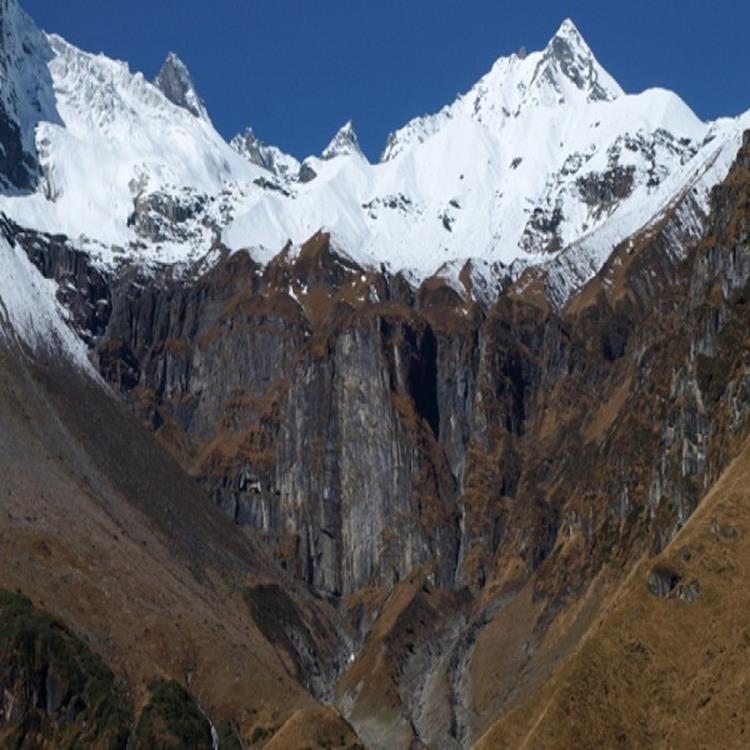 The Kafni Glacier Trek is located in the Kumaan Himalayas in Uttrakhand. It source is the Kafni river, a tributary of the Pindar river which later joins the Ganges. The highest point of this trekking region is 13120 ft and it would take about 12 days to trek in the entire region. The trek is easy to moderate one and one can experience an exhilarating journey while trekking in the Himalayas. Buses are available from AnandVihar ISBT to Kathgodam or Haldiwani.

Best time to visit- May to June and September to November 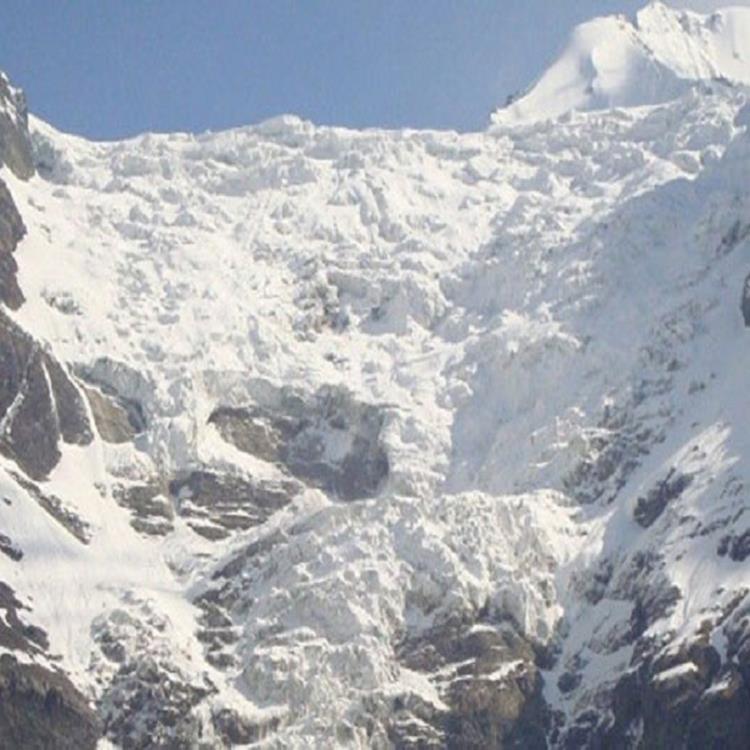 This Padam Darcha trek is located in the cold and beautiful state of Himachal Pradesh which begins from the green meadows of Himalayas and ends at the rugged landscape of Zanskar.it is one of the most popular areas chosen by people for trekking and would require about 15 days to cover the entire region.The maximum elevation is 5080 meters and since the difficulty level is not very high it can be covered by maximum individuals.

The best time to visit- June to September. 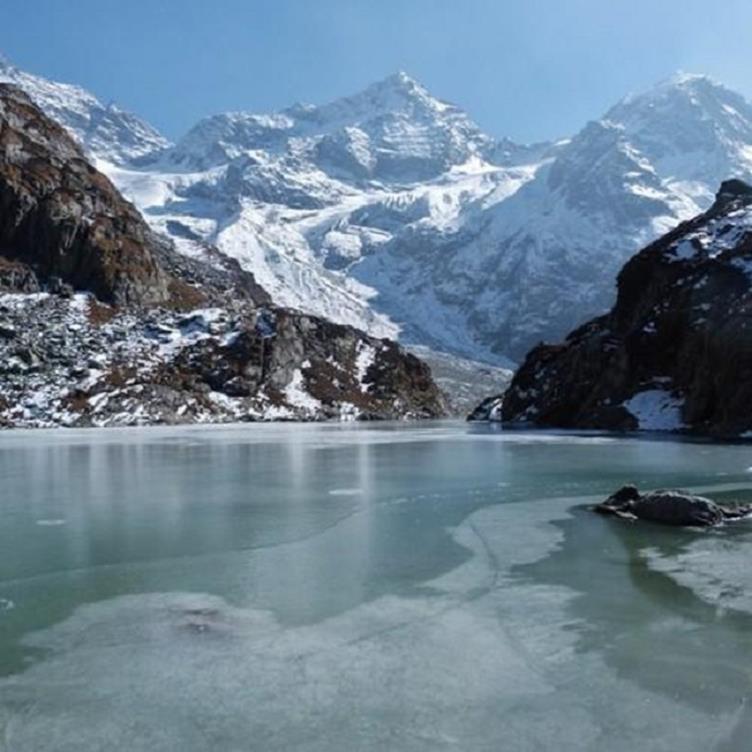